A Breakout for Crude Oil
is Bullish for the Energy Sector 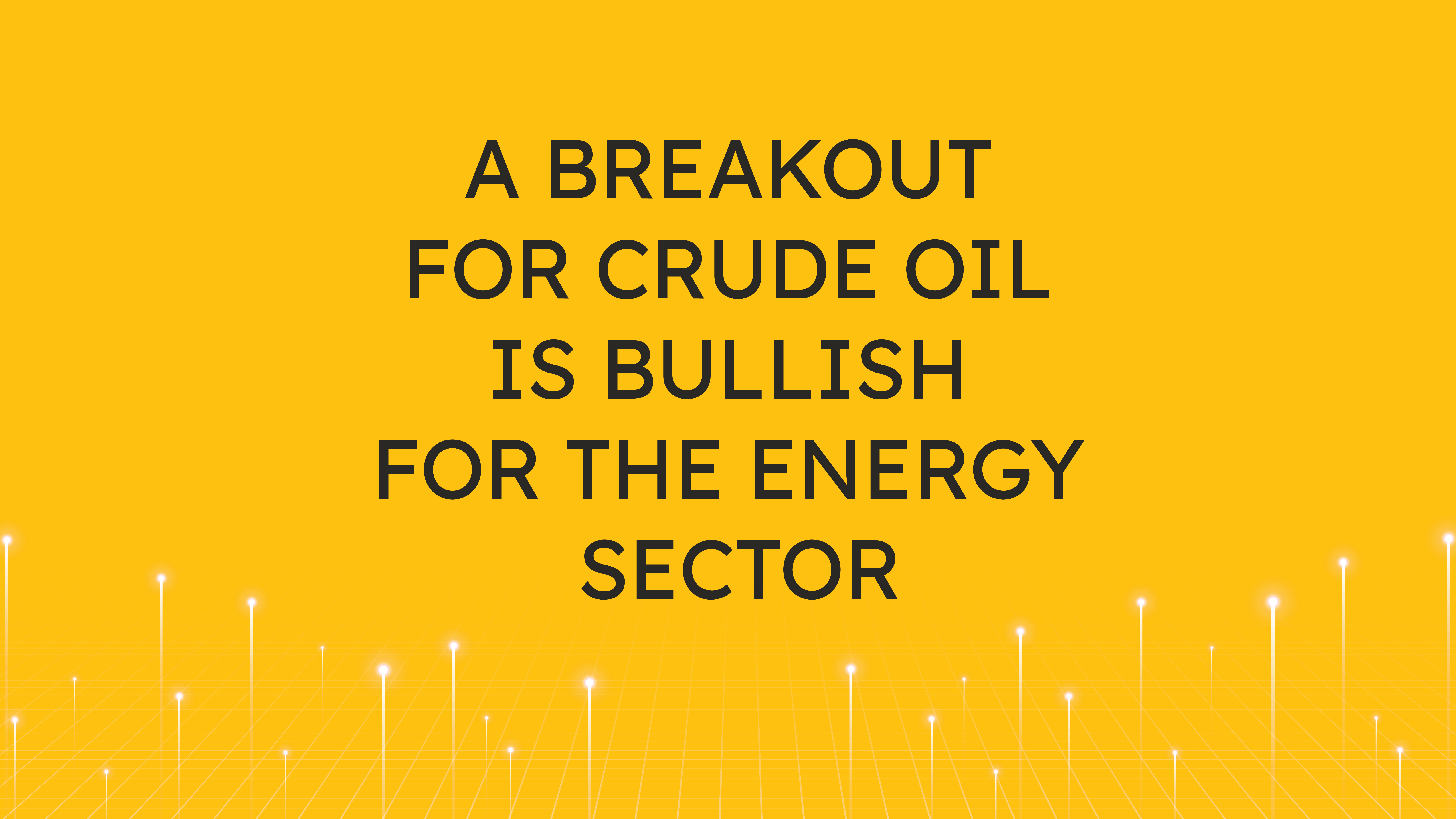 A breakout in Crude Oil? Light, Sweet Crude Oil Futures closed above the key $67 level yesterday. Crude is holding above the 50-day moving average which has acted as support in the near-term, and trades well above the rising 200-day moving average. The RSI has shifted to a bullish regime, making higher lows since becoming oversold last September. Above $67, the door is open to a run to the 2018 highs near $76. The breakout in Crude is a bullish data point for the Energy sector, should it hold. 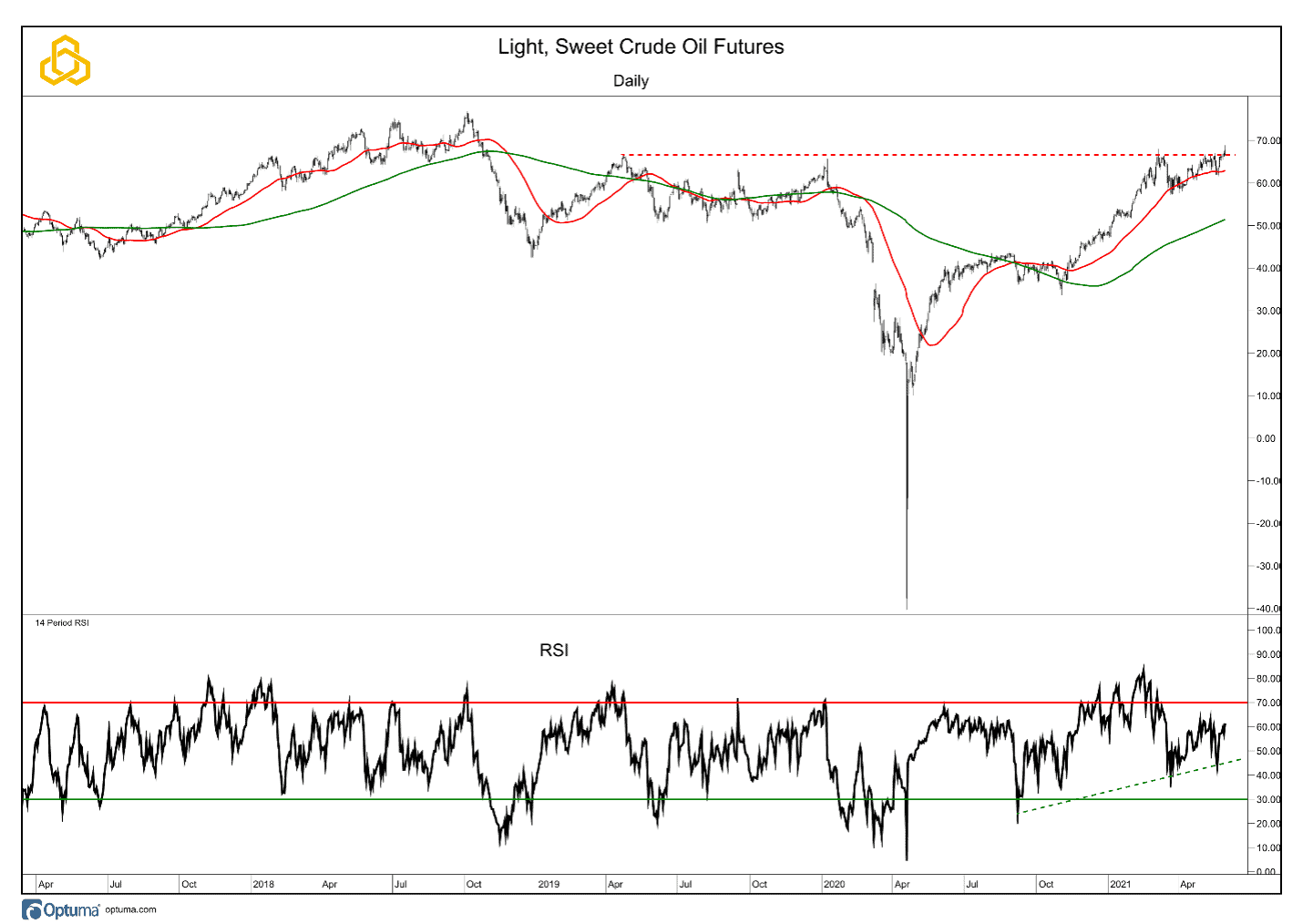 The S&P 500 is threatening new highs after testing and holding trend-support at the rising 50-day moving average. Technically, the index remains in a consolidation, with price-based support at 4,100 in the near-term. The 200-day moving average is in the 3,700 – 3,800 zone, defining more important, long-term support for the uptrend that has been in place since March 2020.

From a momentum perspective, the 14-day RSI remains in a bullish regime, but we want to see new price highs met with a higher high for this indicator to confirm that the bullish trend remains strong. 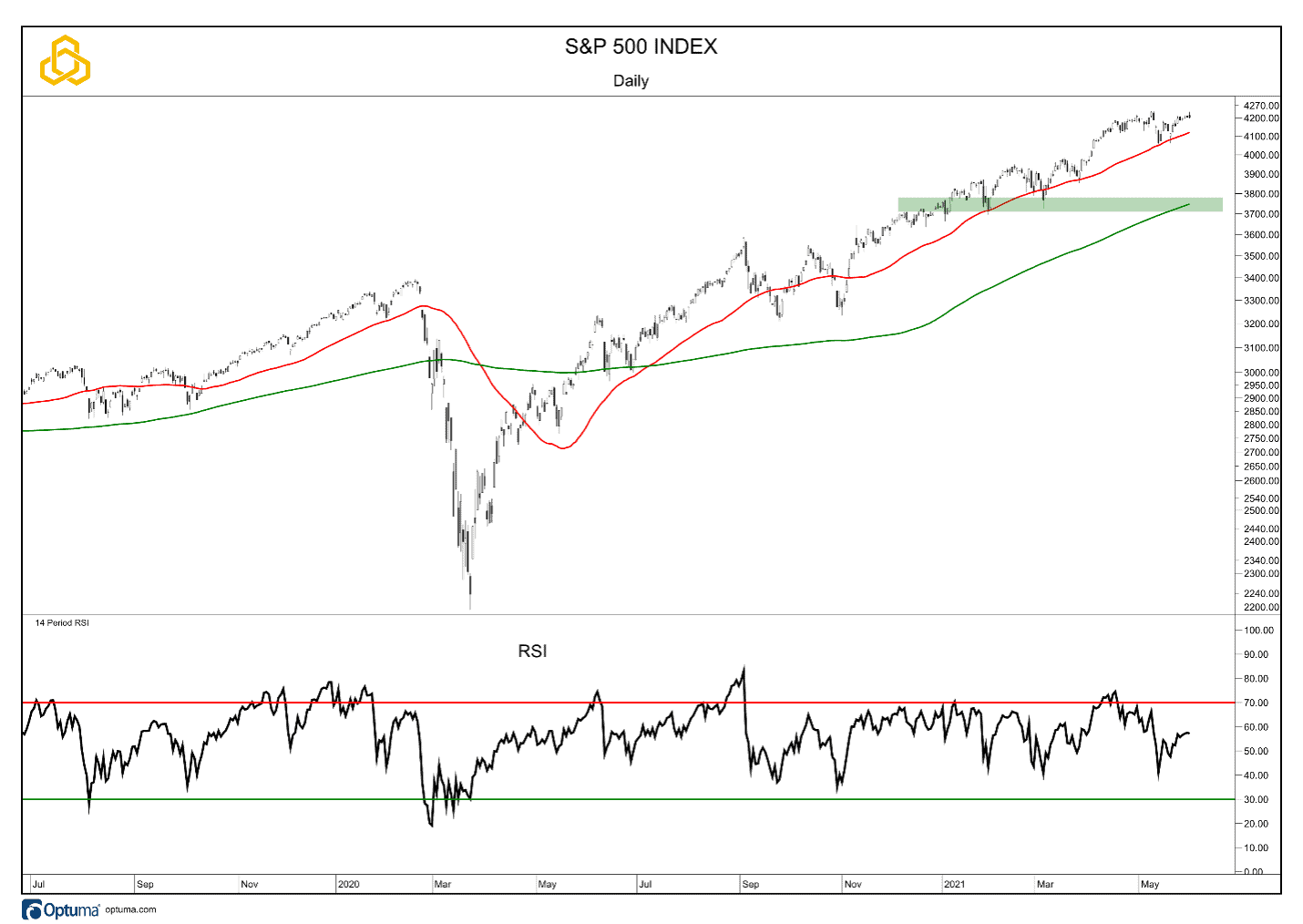 The S&P Small Cap 600 is also mounting an attack on the highs that were seen in March of this year, moving higher from the flat 50-day moving average. Support remains near the bottom of the current consolidation, around the 1,300 level. The rising 200-day moving average would be the next key level from a long-term trend perspective. The 14-day RSI is in the middle of the range, but we note that it has not become oversold during the consolidation, indicating that momentum remains with the bulls.

On a relative basis, Small Caps are beginning to move higher from the support level that we have been highlighting. Are they beginning to reassert a leadership position? 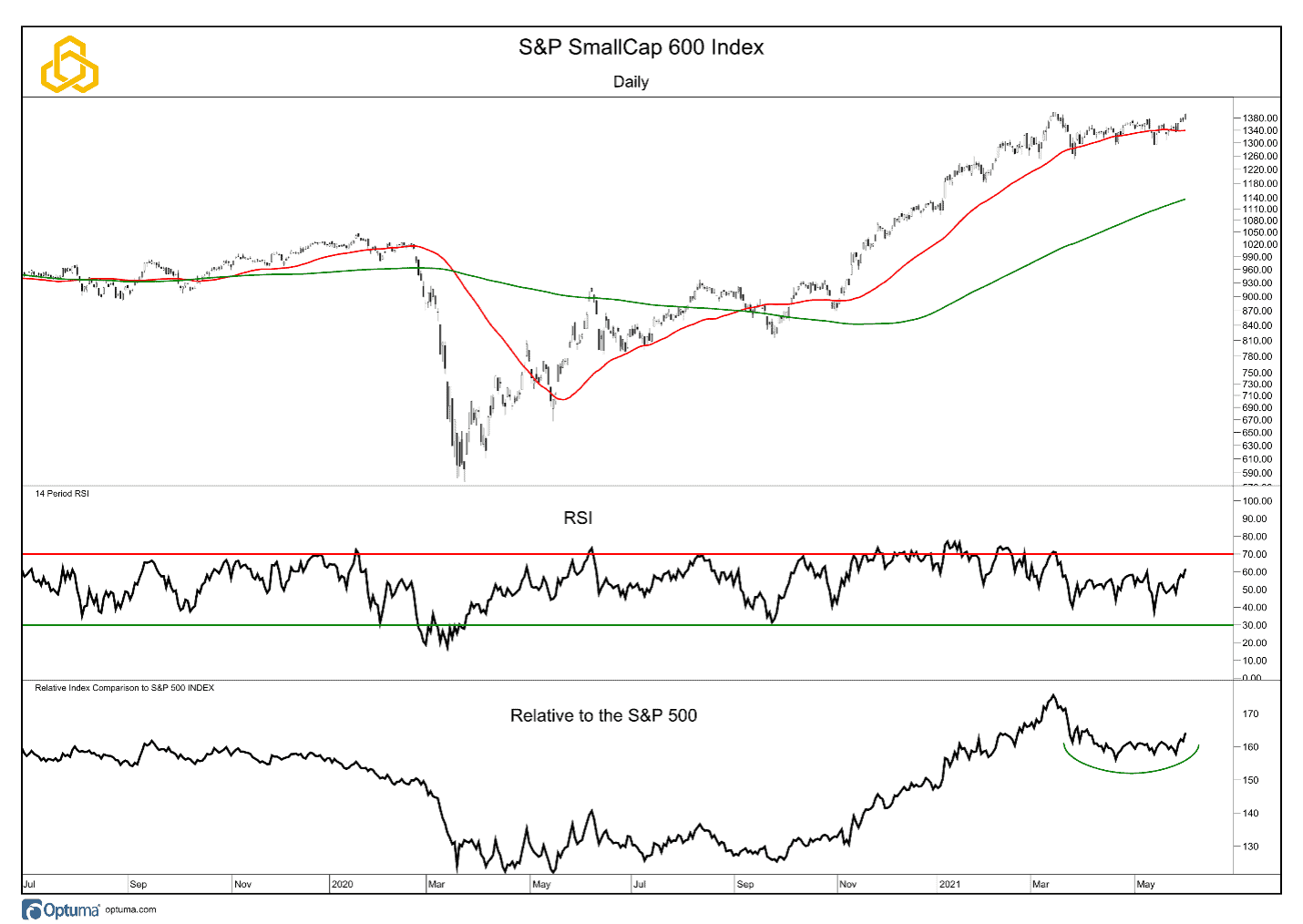 Relative to the S&P 500, the NASDAQ appears to be rolling over at a key level, which would complete another lower high for the ratio and keep the relative trend in favor of the bears. 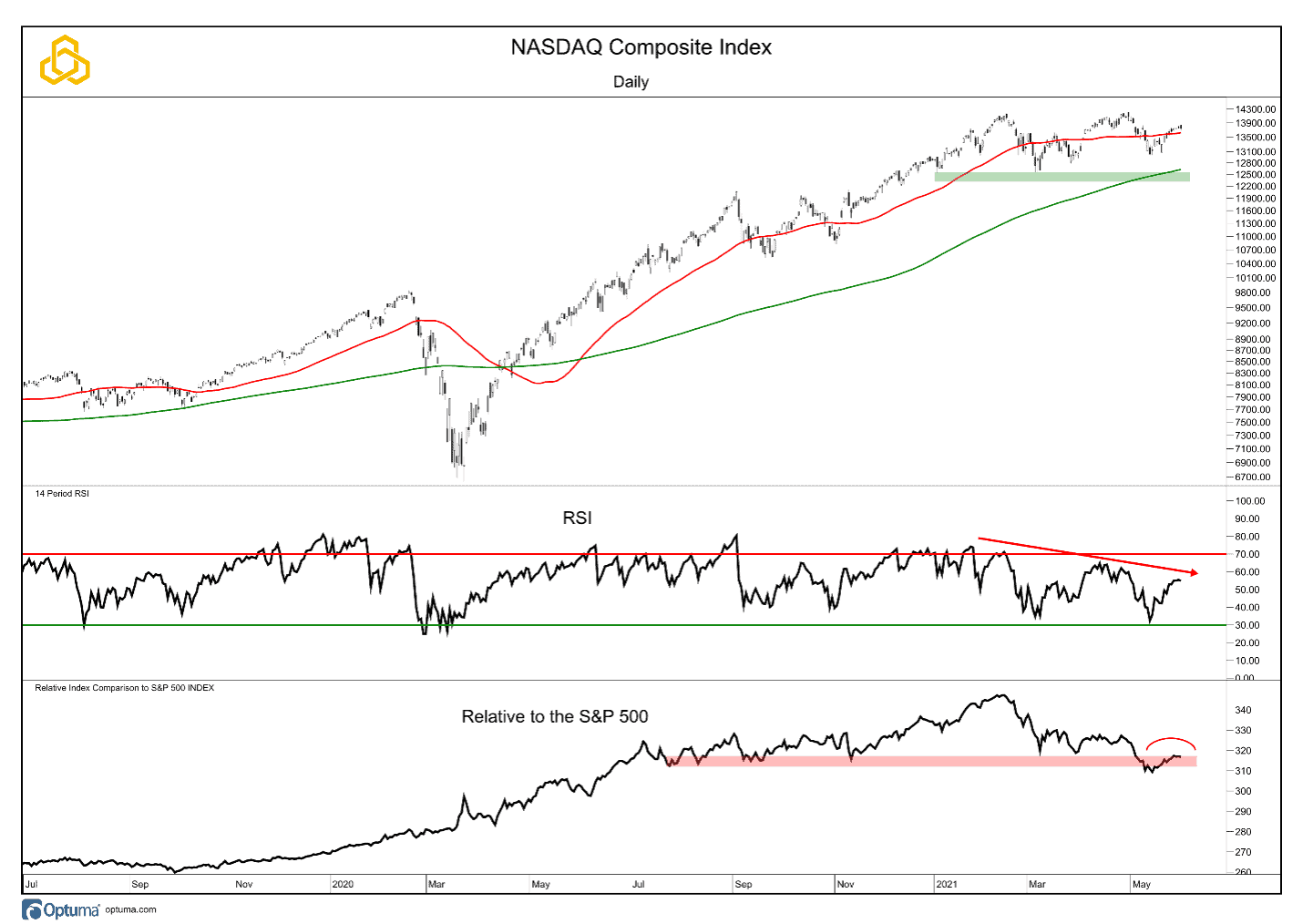 The 10-Year Treasury Note continues to build a base above the 2019 highs and the, now rising, 50-day moving average. The Note remains below the declining 200-day moving average. While momentum has improved in the near-term, we note that the 14-day RSI has not broken from a bearish regime. At best, the trend here can be described as neutral. 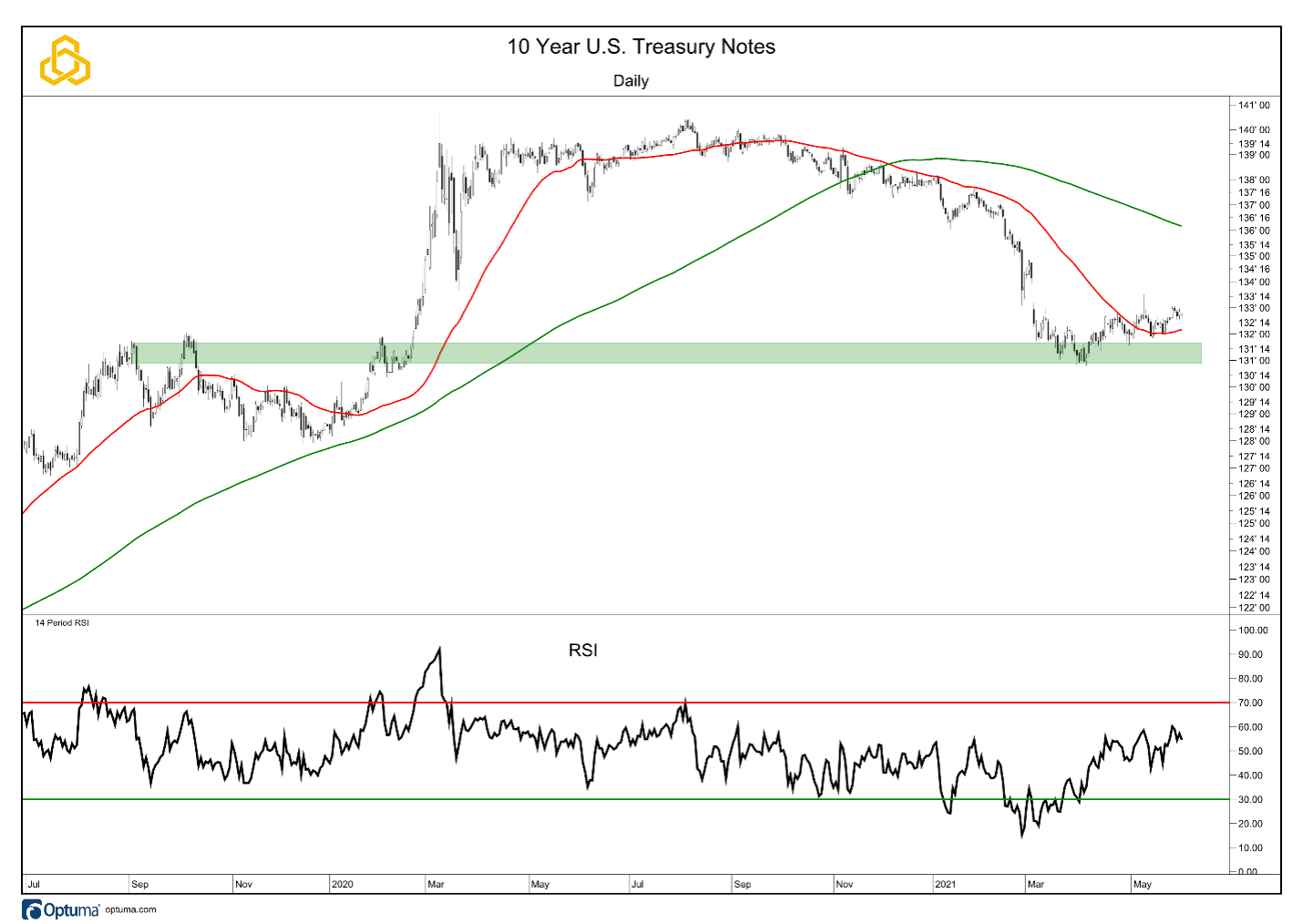 Gold continues to stall at the key retracement level that we pointed out last Friday.  Gold remains above the 50 and 200-day moving averages. Holding above the latter would be a signal that the new uptrend, from the March and April lows, will have staying power. In the near-term, we note that the 14-day RSI remains in an overbought position. A pullback toward the 200-day moving average while the RSI remains above 40 would likely prove to be a compelling setup for further upside. 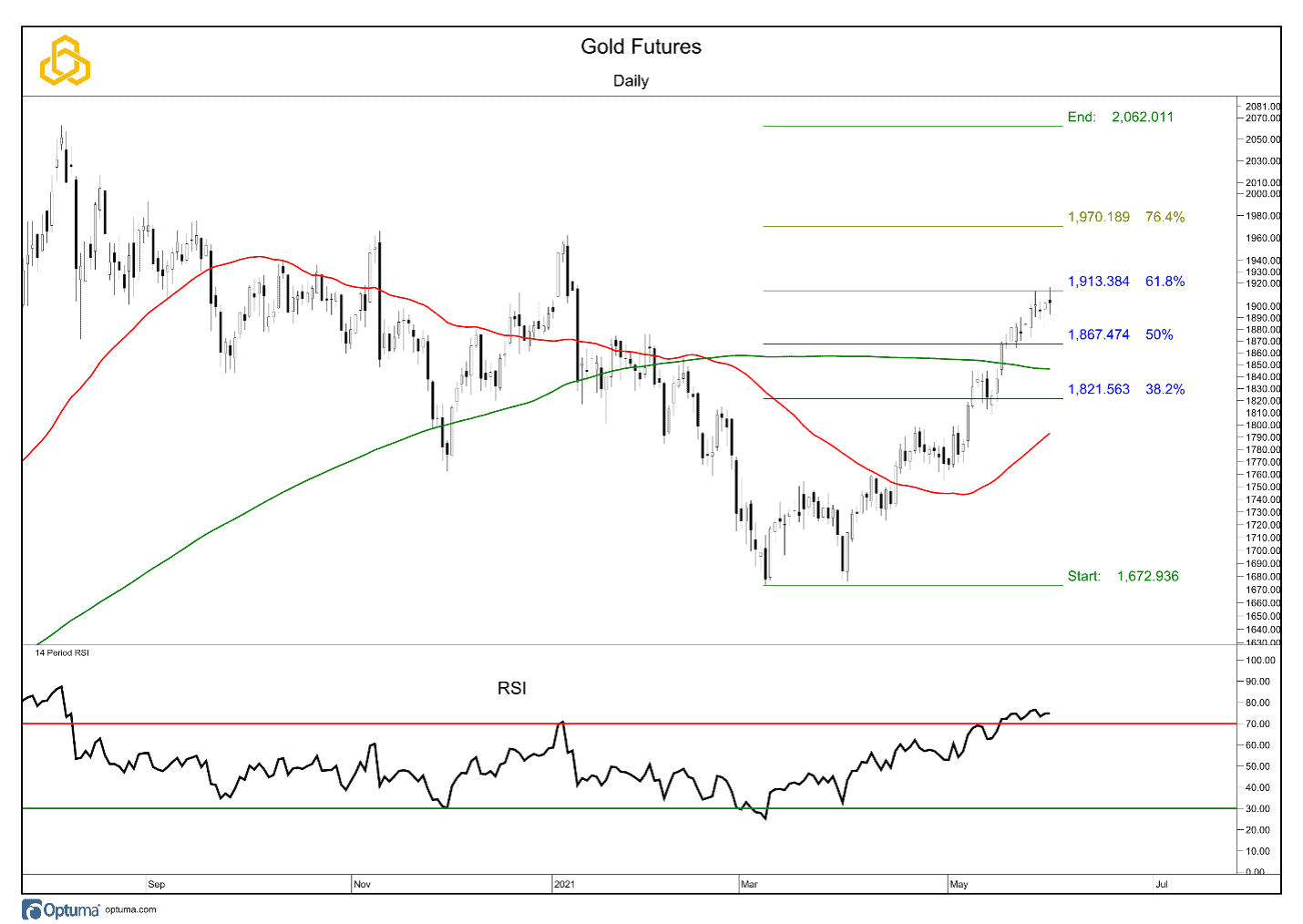 The VIX remains below the 20 level and is on the verge of making another lower low as the downtrend from last year’s high continues to play out. The data does not point to an extreme in sentiment in either direction currently. 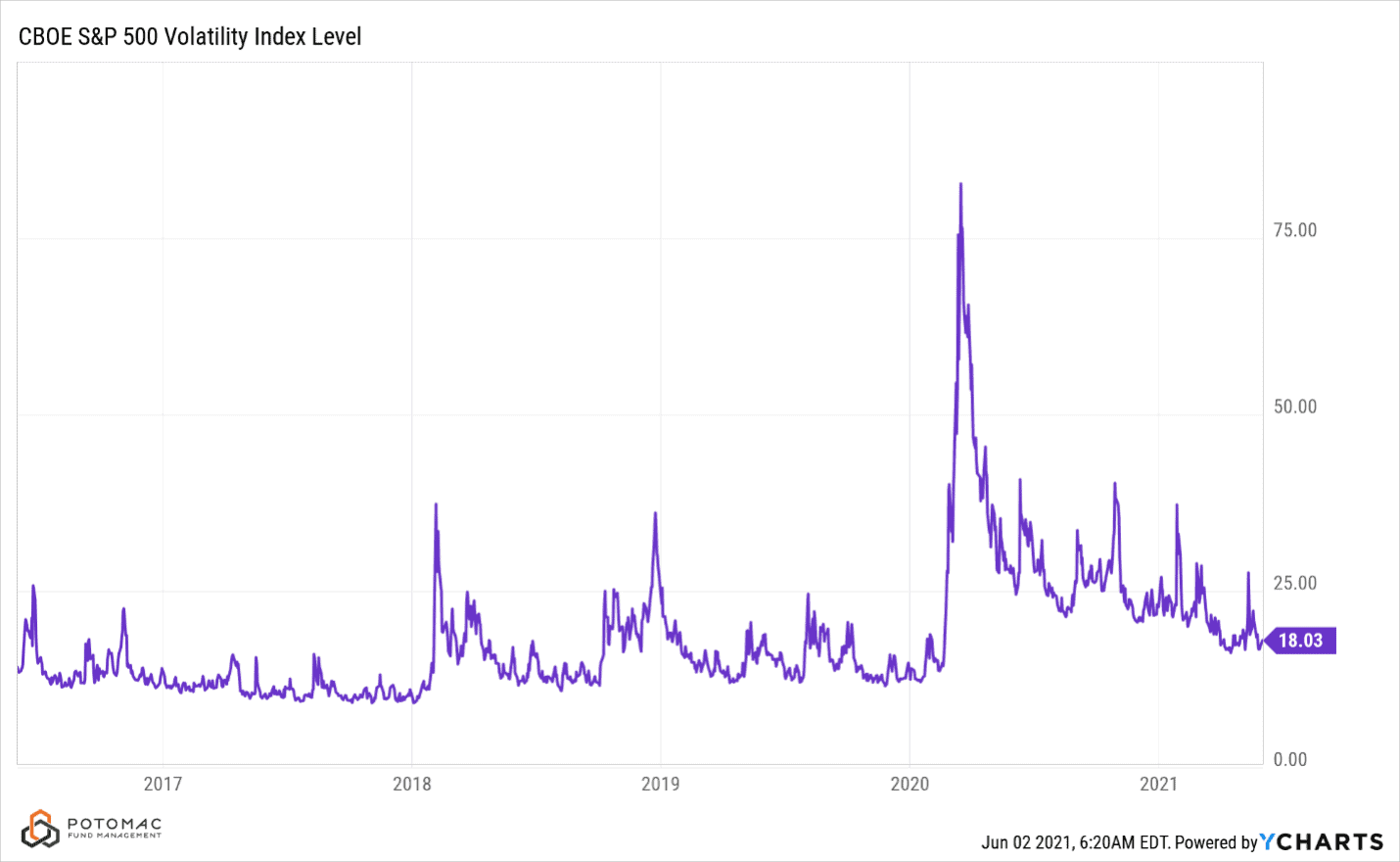 The 10-day moving average of the CBOE Equity Put/Call ratio is depicted on the five-year chart below. For much of the past five years, readings below the 0.60 tended to mark extremes in complacency in the equity market. However, beginning last summer, the moving average underwent a shift lower as retail investors entered the options market. While it is impossible to determine if this shift will be permanent, we can see that the current reading is in the middle of the “new” range.

We continue to defer to the bullish, longer-term trends in the equity market with a leaning toward the cyclical areas. The S&P 500 and the S&P 600 are knocking on the door of record highs while the NASDAQ Composite continues to lag. All three remain in their respective consolidations while sentiment is neutral. Crude Oil has broken above key resistance, a potential positive for the Energy sector. Gold continues to stall at a key level. The 10-year Treasury Note remains in a base-building mode.