Breadth is Not the
Place to Start a Bear Case 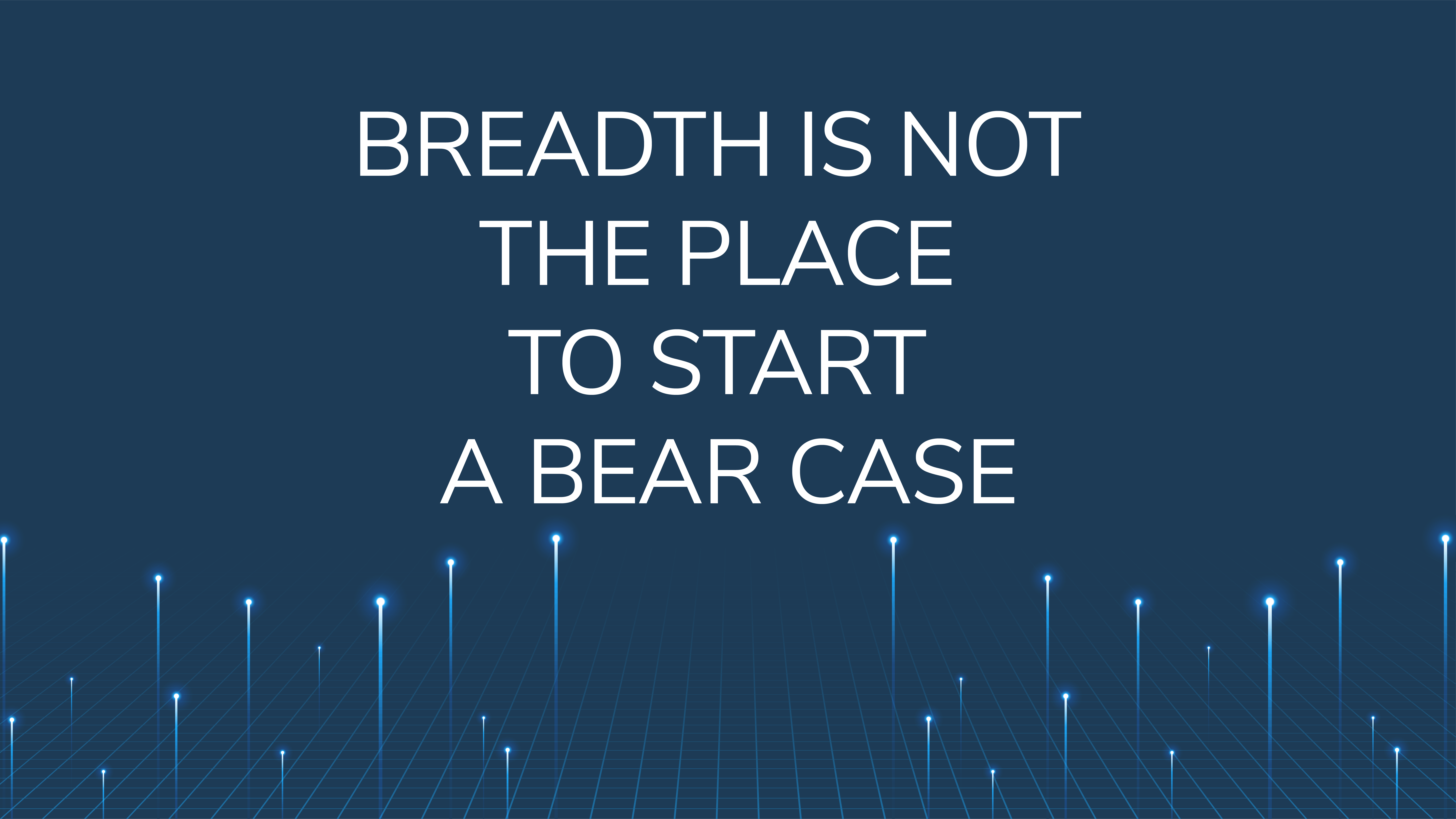 Internet and Catalog Retail scores a fresh breakout after a nearly eight-month consolidation. Breadth metrics continue to support the bullish trend in equities as participation remains broad. Leadership may be widening as well, with the Equal Weight S&P 500 turning higher relative to the Cap Weighted Index.

The S&P 500 Internet and Catalog Retail Index is breaking to new highs after trading in a consolidation since September 2nd. During the consolidation, the 14-day RSI did not become oversold, indicating that momentum in the long-term trend remains to the upside. Relative to the S&P 500, the group is beginning to turn higher after trading in a downtrend since July.

*Note that the breakout and possible change in relative trend are taking place ahead of a potentially important catalyst. Amazon reports their earnings tonight after the close. 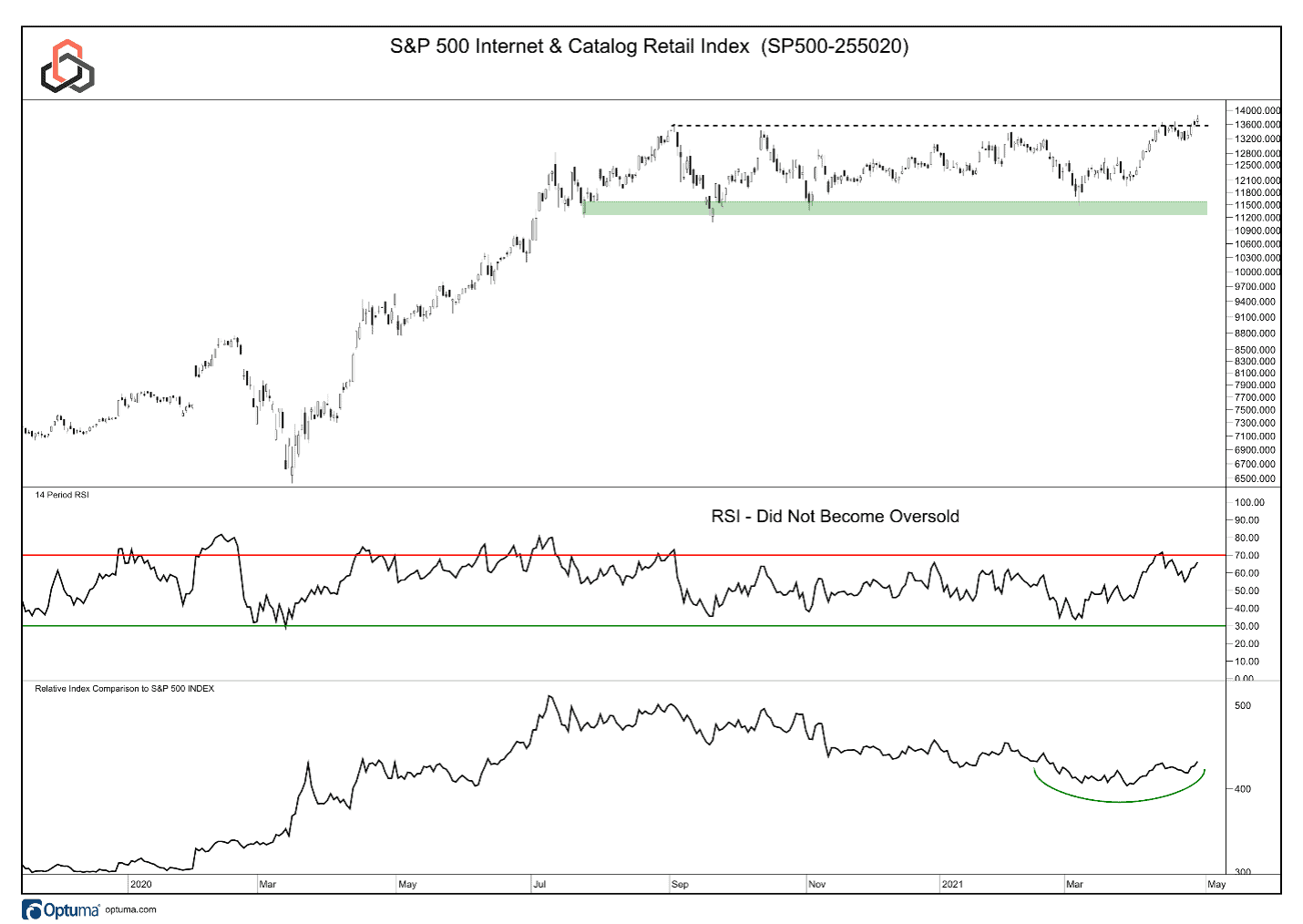 The Advance / Decline Line for the S&P 500 continues to highlight the fact that the uptrend contains broad participation as the indicator traded to another new high this week. 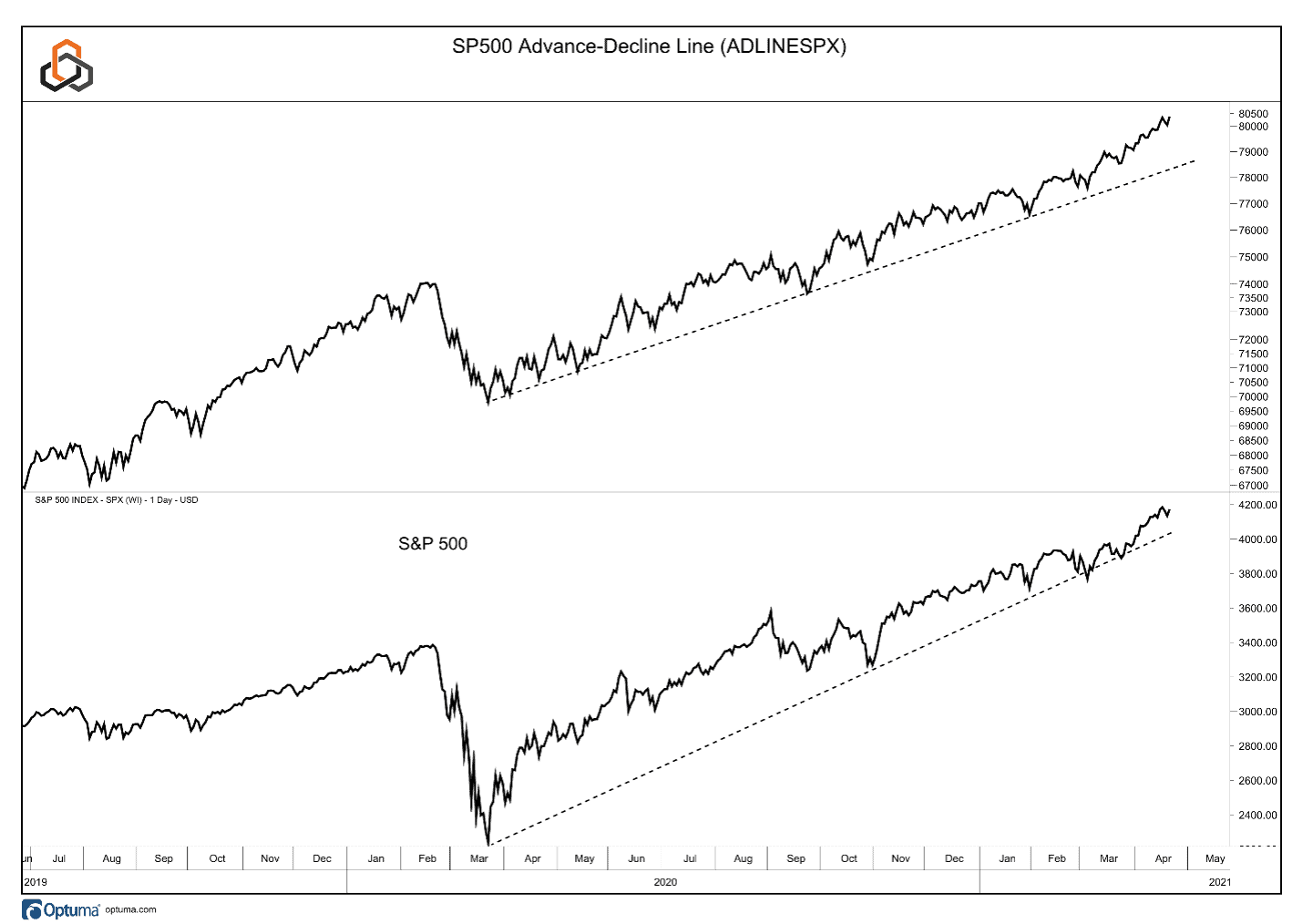 Not only are more stocks continuing to advance than decline, but volume in advancing stocks is outpacing volume in declining stocks within the index. This lends a confirmation to the bullish data in the Advance/Decline itself. We note that this metric also reached a new high this week and is in a steady uptrend since the March 2020 lows. 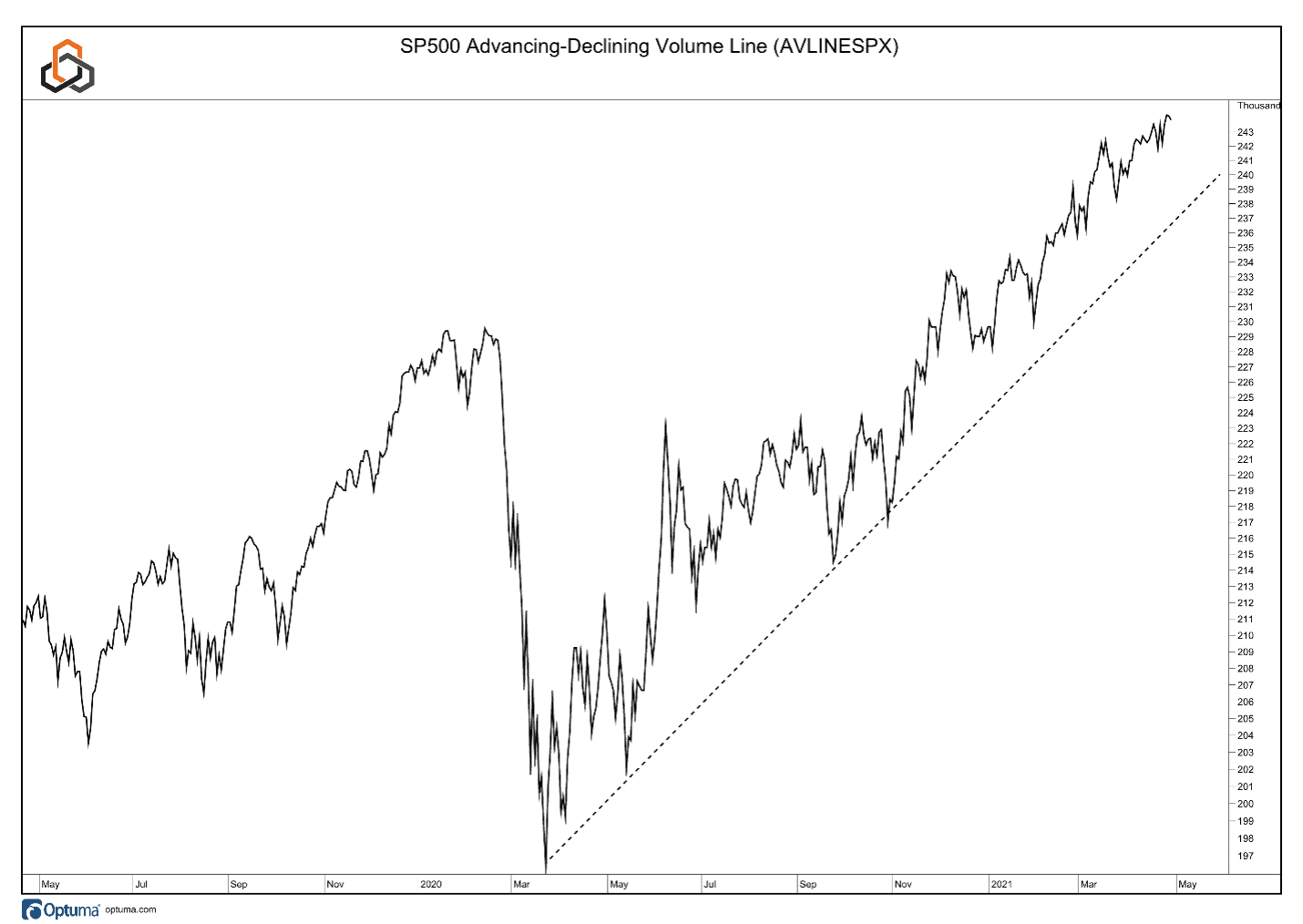 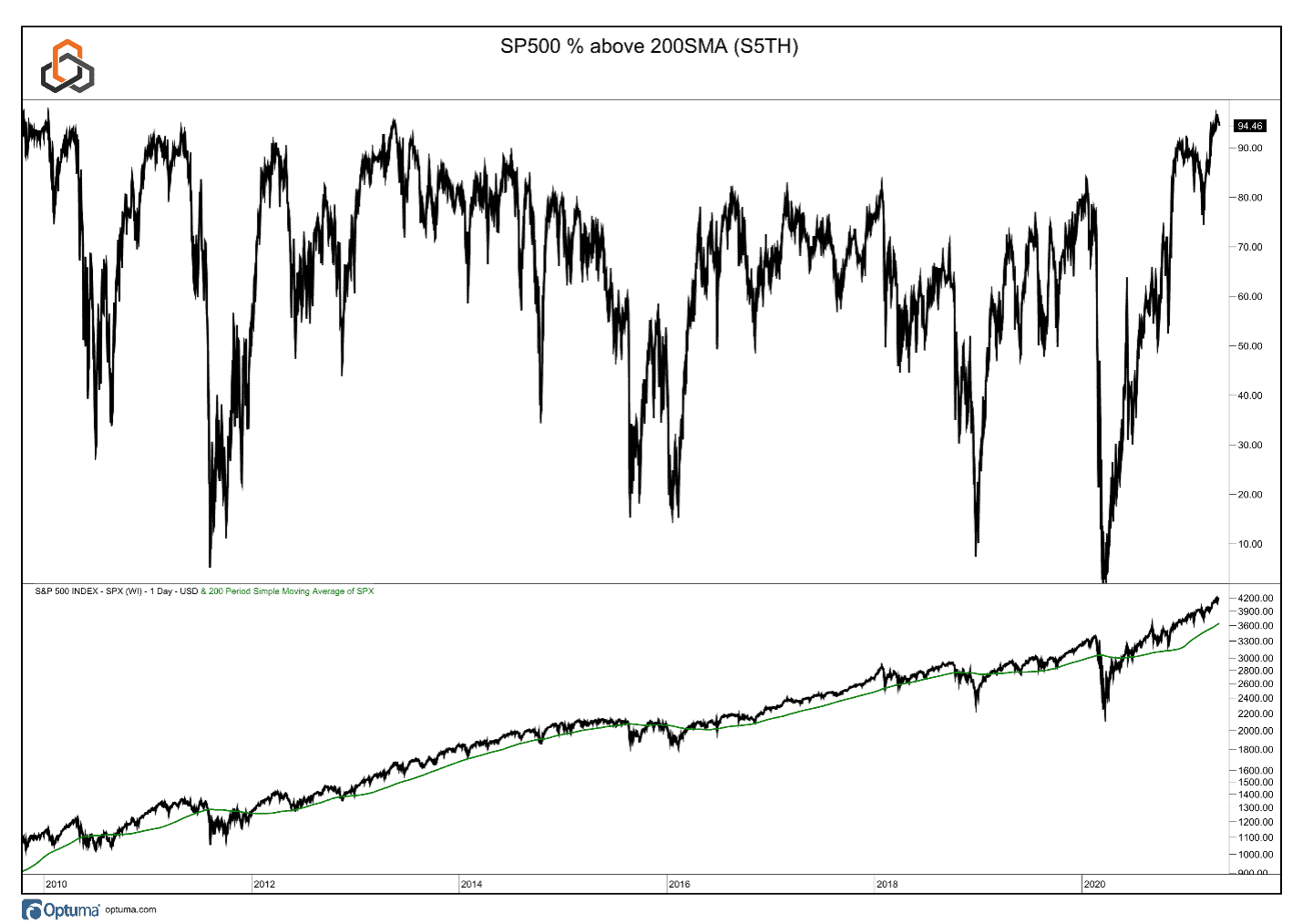 Looking at the percentage of stocks in the index trading above their respective 50-day moving averages, we can see the reading is 87.72%, up slightly from 86.93% last week. Since September 2010, this metric has been above the 85% level while the index has been above its 50-day moving average on 170 days. Over the next month of trading, the S&P 500 has been higher 76.47% of the time for a median return of 1.39%. 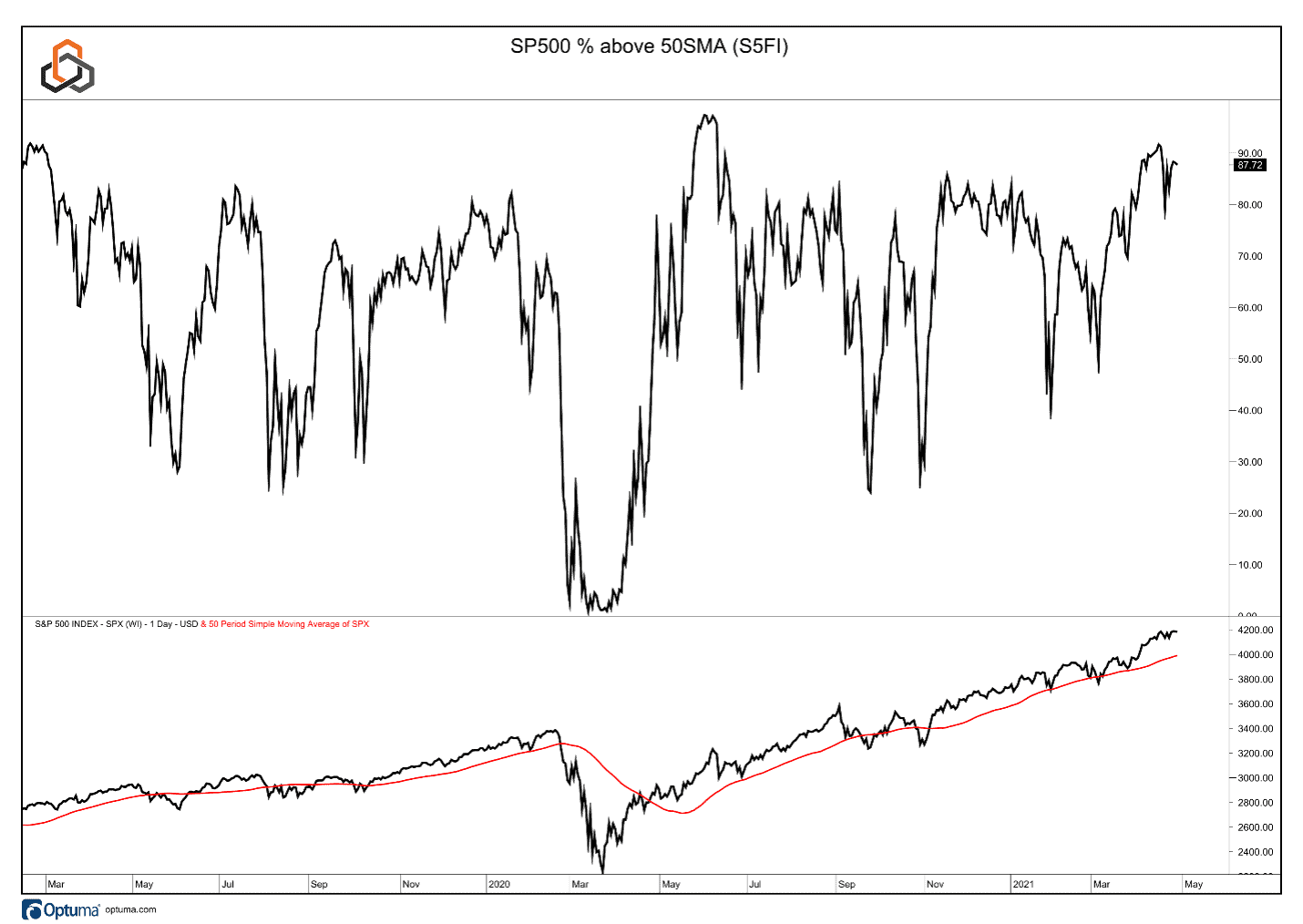 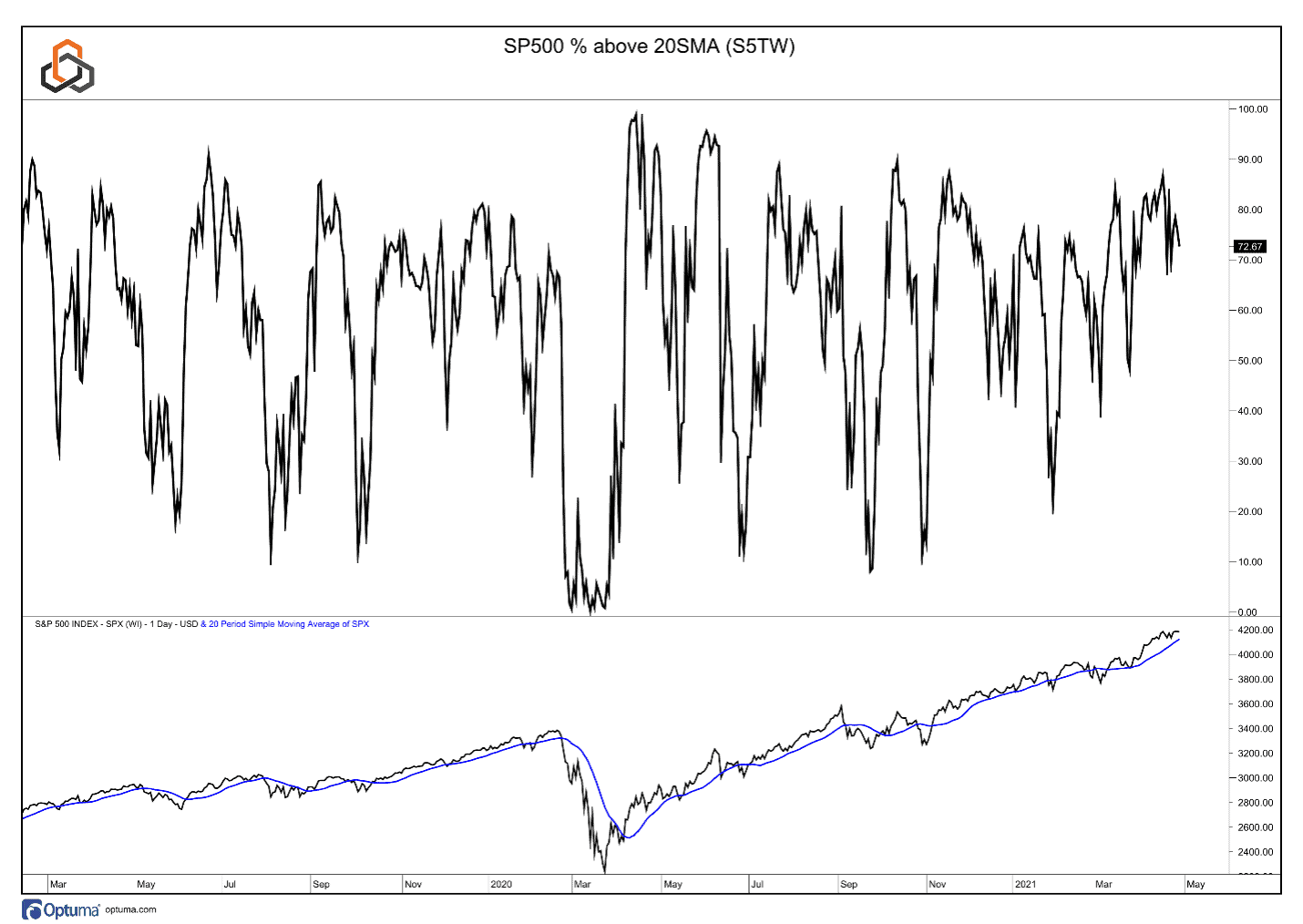 While the metrics above discuss participation in the bullish equity trend, we are also interested in the leadership dynamics. Looking at the index on an equally weighted basis, we can neutralize the outsized influence of the Mega Cap names. The relative performance of the Equal Weight S&P 500 compared to the Cap Weight S&P 500 shows us that equal weight has been leadership since last summer and has traded into an important resistance zone which has proven tough to overcome.

After a short pullback, Equal Weight is beginning to outperform again. A break above resistance would send an important message that leadership in the bull market is not just concentrated in a handful of the biggest names. 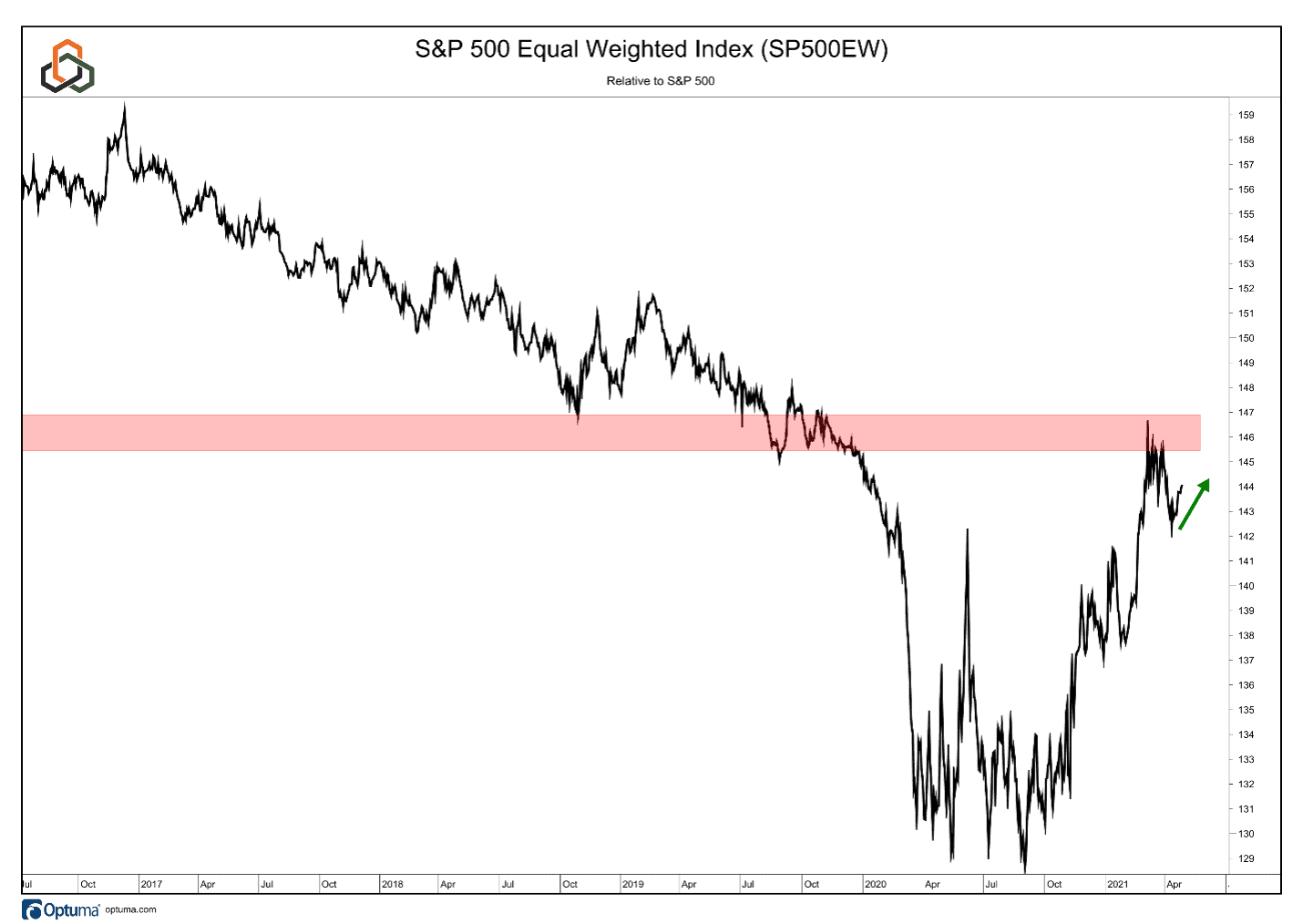 New York Stock Exchange Breadth remains healthy, but not quite as strong as what is being seen in the S&P 500. The NYSE Advance/Decline Line traded to new highs this week. Looking across the different timeframes, we can see that greater than 60% of stocks are above their respective 20, 50 and 200-day moving averages. 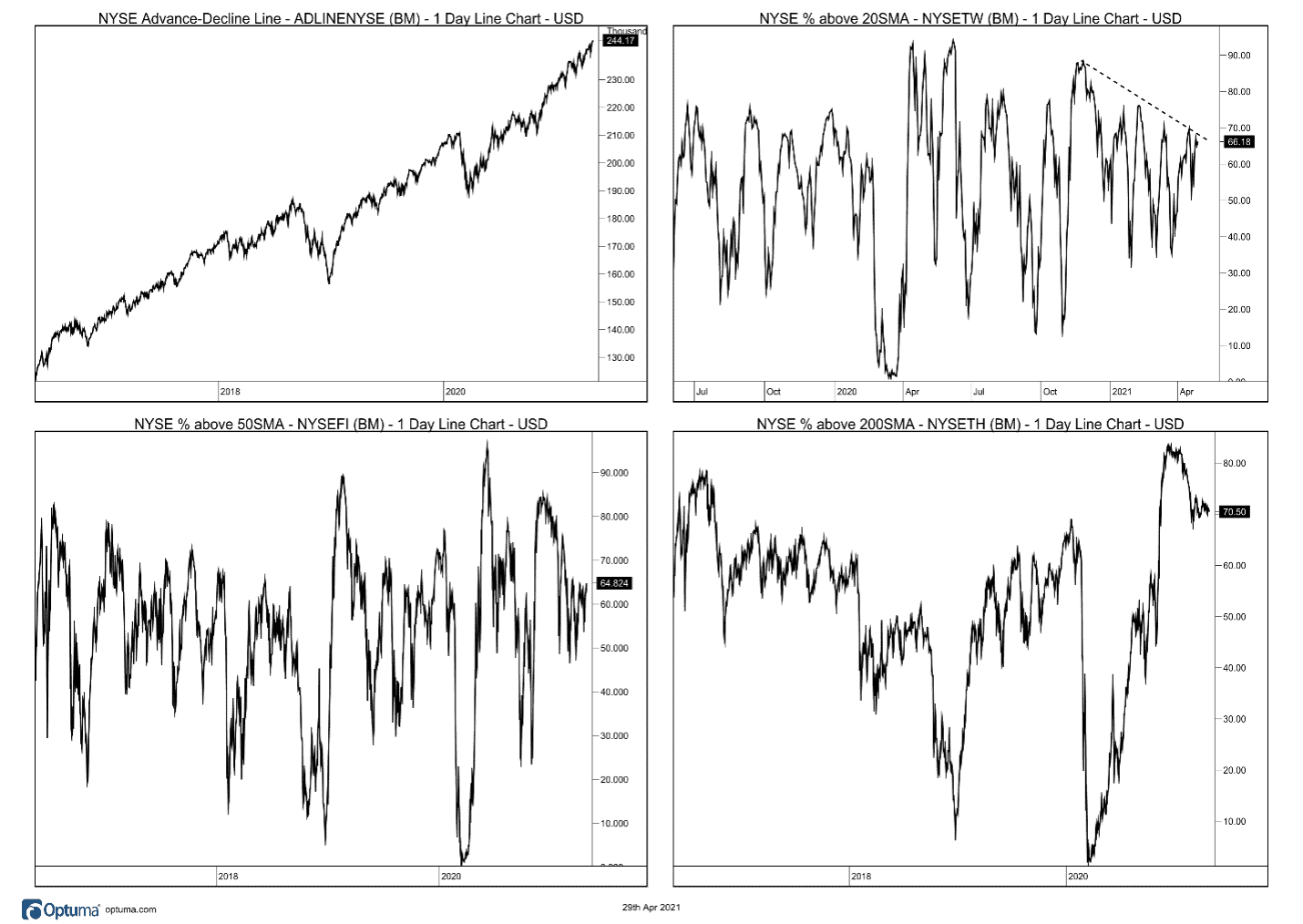 If one were to make a bear case on the equity market, breadth would not be the place to start that argument. Metrics remain supportive of the trend higher in prices. It is also encouraging to see that leadership may be broadening as well, with the Equal Weight S&P 500 turning higher relative to the Cap Weighted S&P 500.
Disclosure: This information is prepared for general information only and should not be considered as individual investment advice nor as a solicitation to buy or offer to sell any securities. This material does not constitute any representation as to the suitability or appropriateness of any investment advisory program or security. Please visit our FULL DISCLOSURE page.