Beyond the S&P 500,
Markets Have a Risk-Off Tone 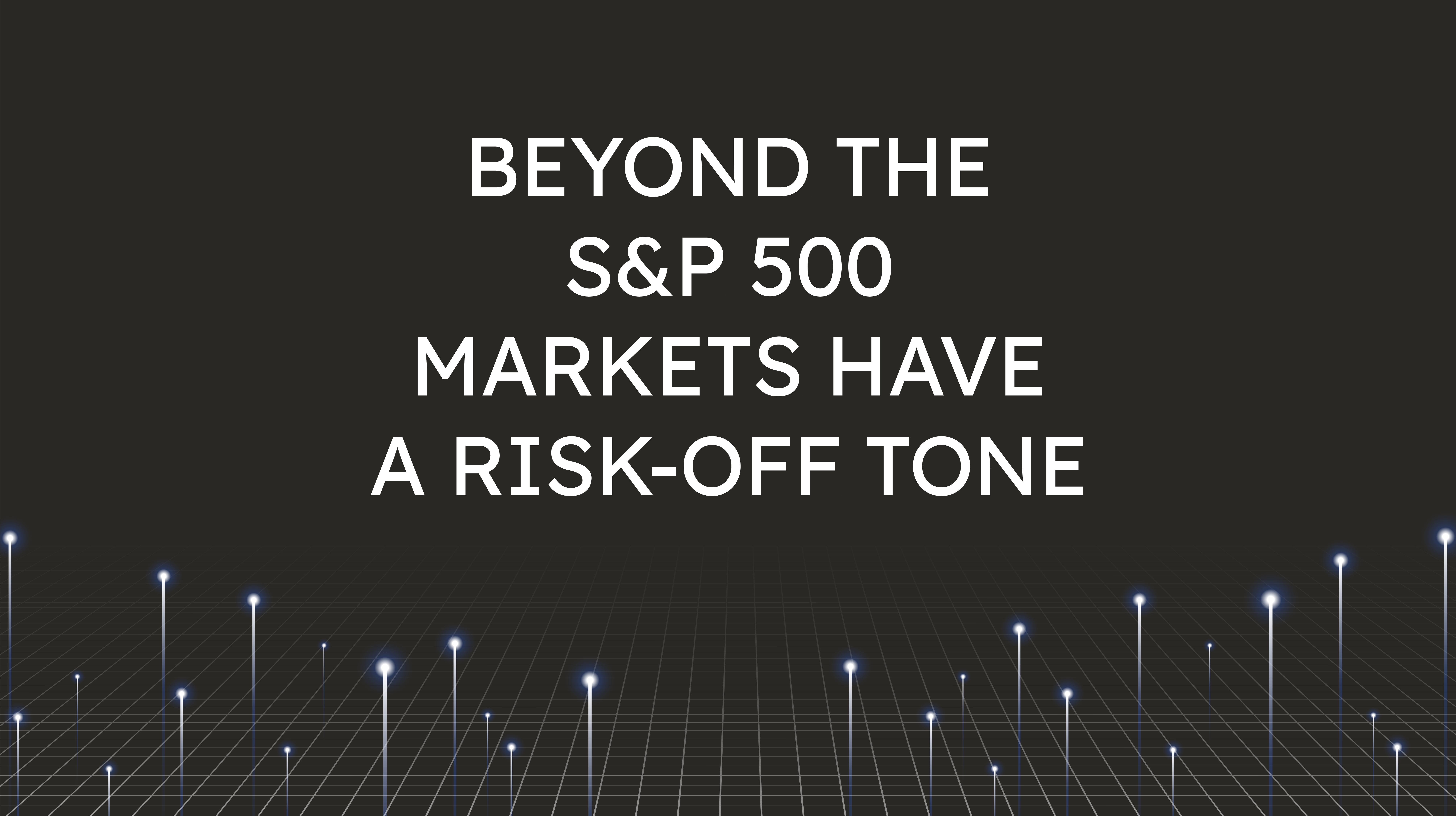 The S&P 500 traded to a record high last week before fading to close near the low end of the weekly range. The breakout level from the May – June consolidation, near 4,250, remains near-term support and lines up with the 10-week moving average. Should that give way, the 3,900 – 4,000 zone is important for the structure of the uptrend.

The 14-week RSI is hovering around overbought levels, keeping momentum behind the long-term trend. 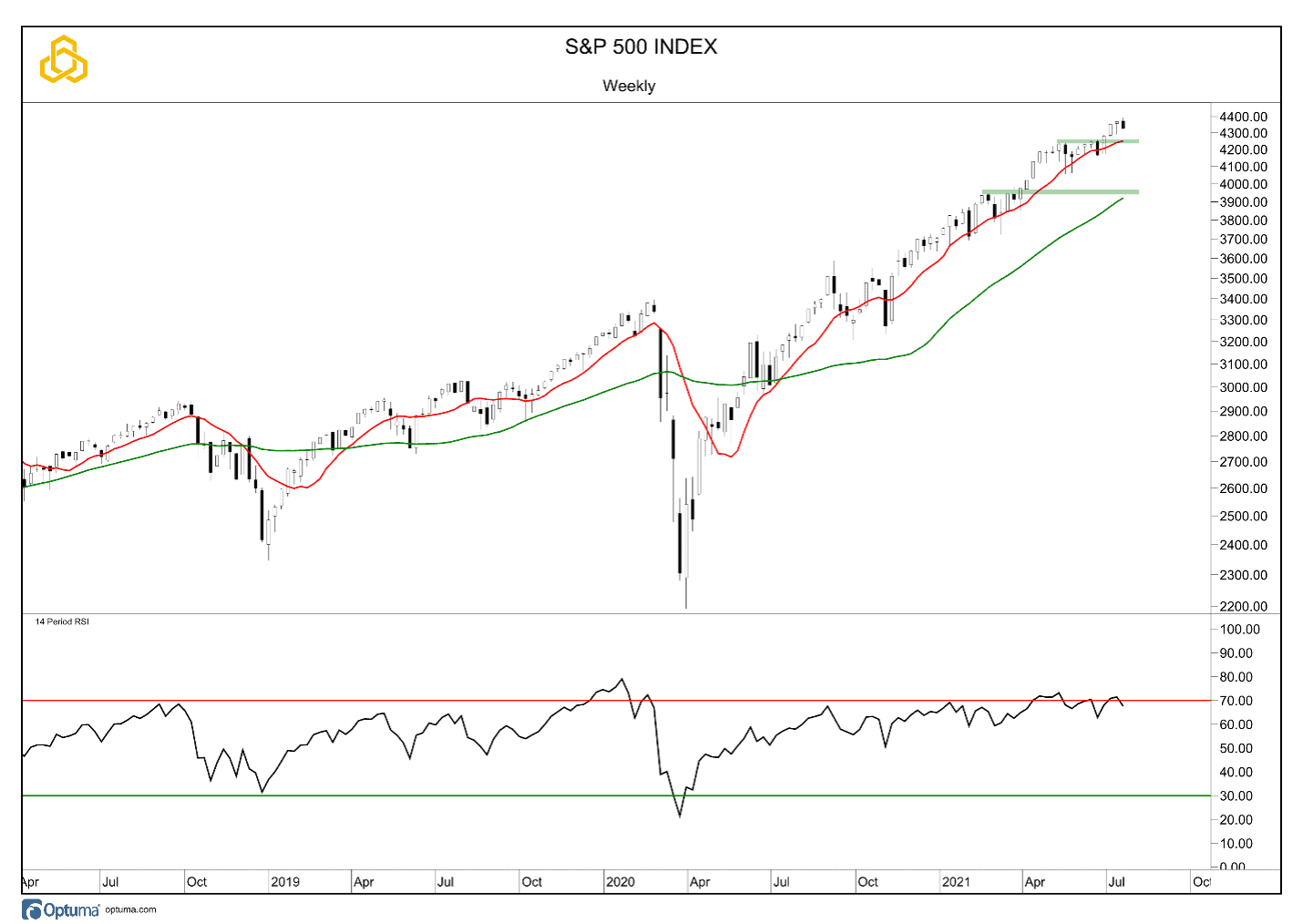 The S&P Small Cap 600 closed below the 10-week moving average for a second consecutive week and is now testing support near the low end of the current consolidation zone. The rising 40-week moving average is on the verge of reaching this support level, increasing its importance. Should support break, there is scope for the breakout level, near 1,100 to be reached. The 14-week RSI continues to move lower, and we are watching for a shift toward a bearish regime.

The relative trend for Small Caps weakened further last week. The shift toward the largest stocks in the market over the past few weeks has pushed the ratio through support, opening the door to a move back toward the October lows. 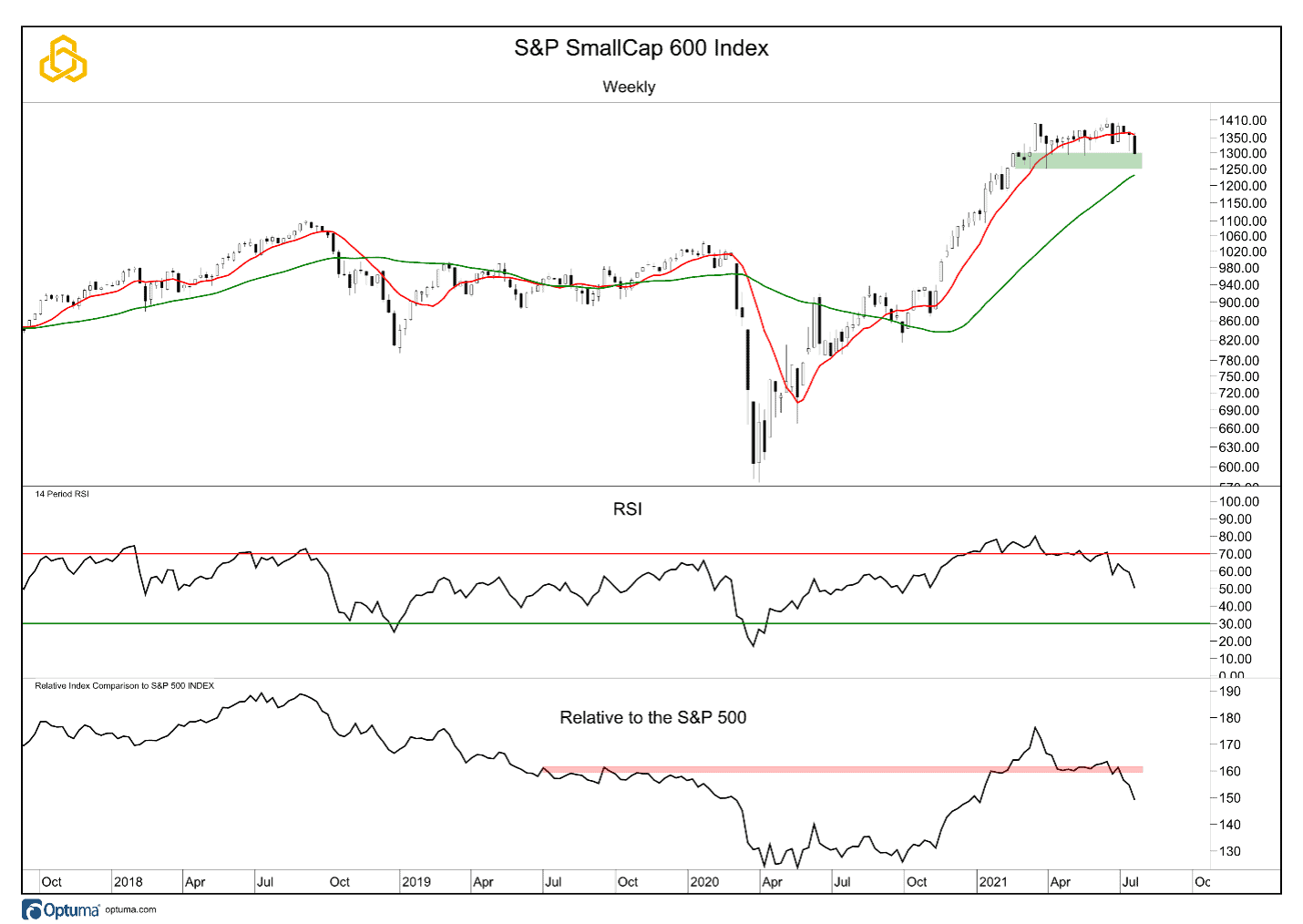 While Small Caps as a group remain under pressure, the four sectors below stood out last week: 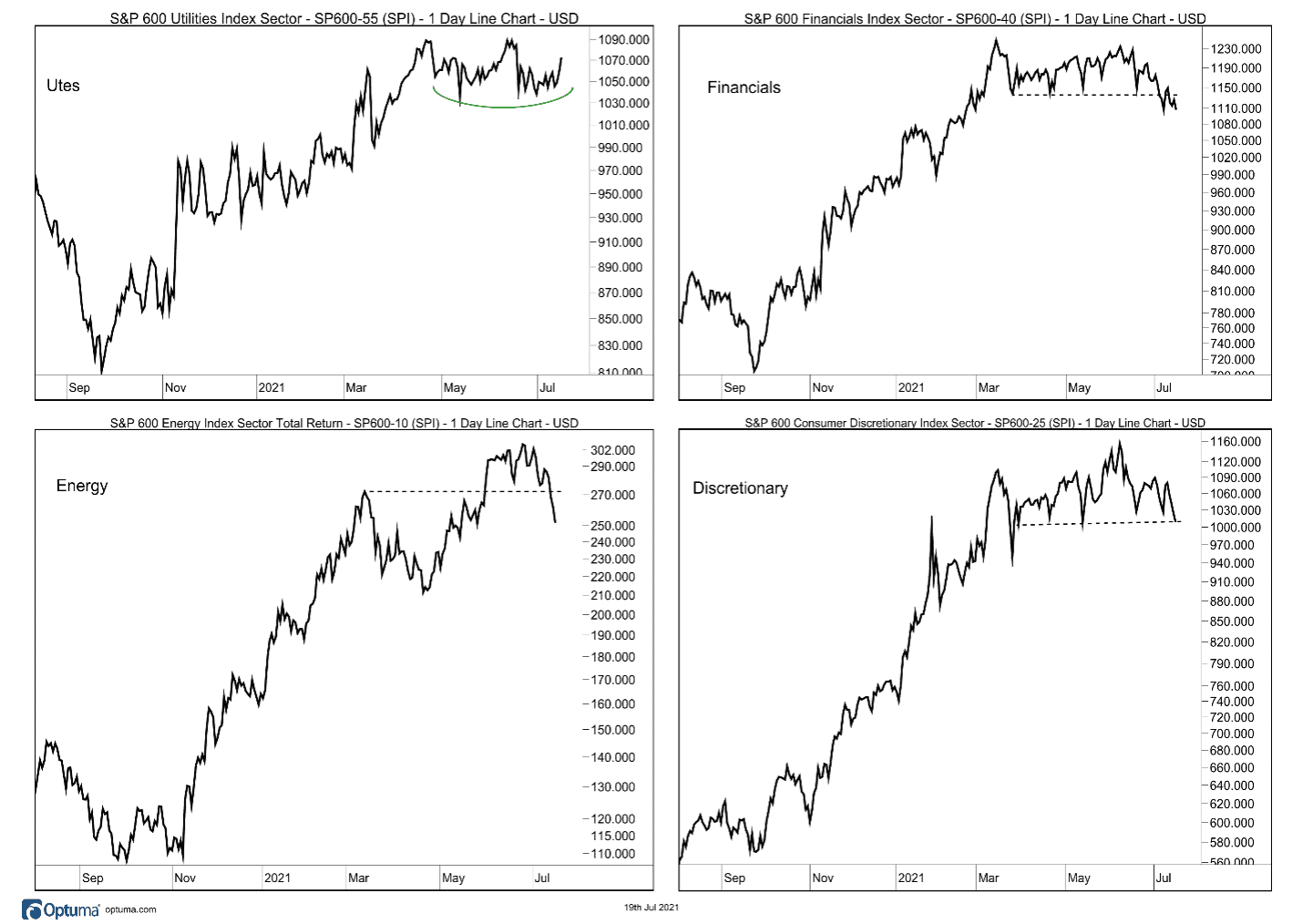 The NASDAQ Composite Index was not immune to late week selling in the equity market. The index closed near the low of the weekly range but remains above near-term support and the 10-week moving average. The 14-week RSI continues to trade in bullish ranges, but we note that it failed to confirm the price highs that were reached over the past two weeks.

The relative trend is flat in the near-term but remains above support. 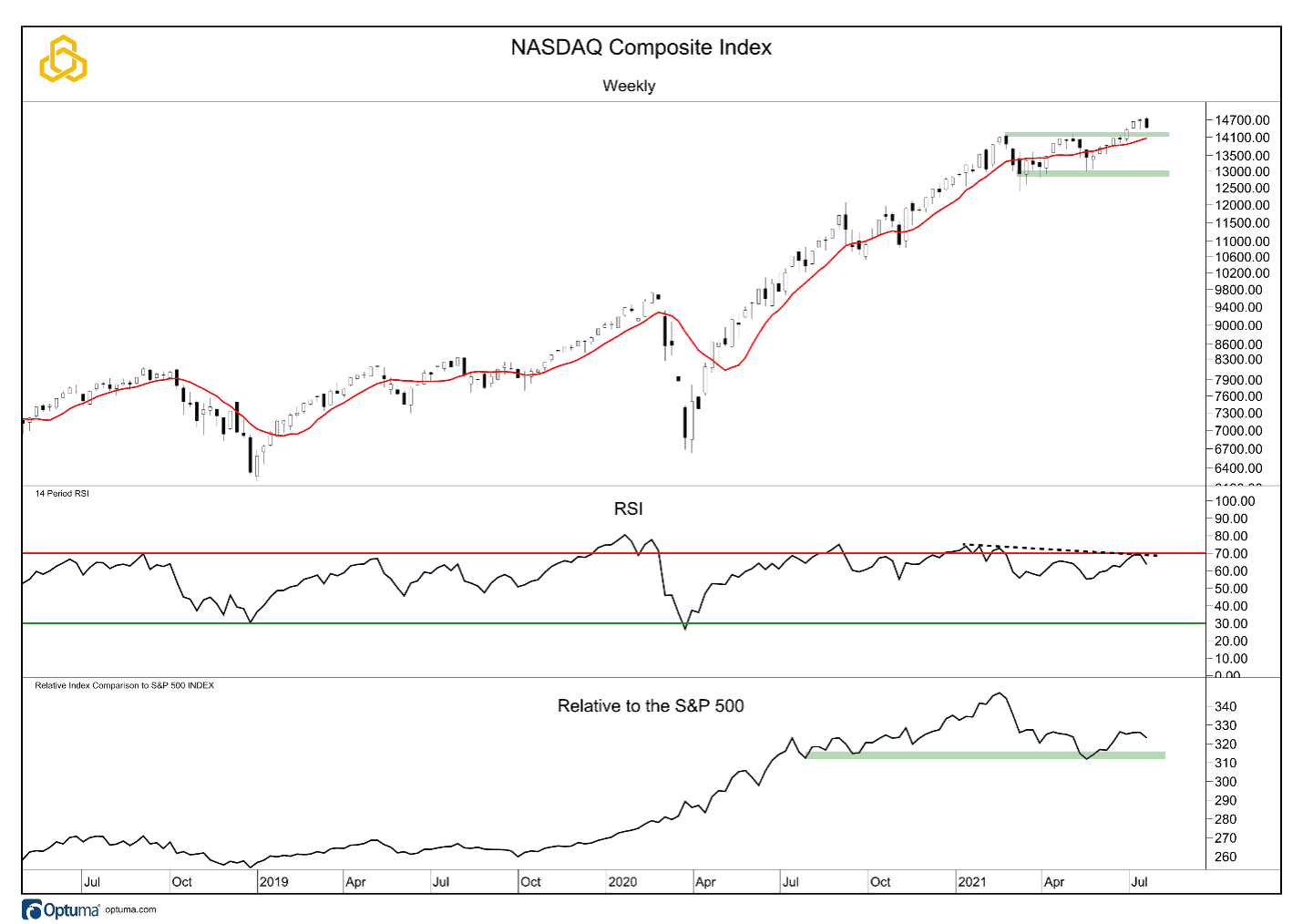 The 10-Year Note is once again knocking on the door of a breakout as it trades above the rising 10-week moving average. Should a breakout take hold, the implications for the equity market are likely to be similar to what was seen for most of 2018 and 2019. Small Caps and Value could underperform while investors gravitate toward Large Caps and Growth themes.

The 14-week RSI is moving higher and on the verge of breaking the downtrend from the March 2020 high, which would signal a shift toward bullish momentum. 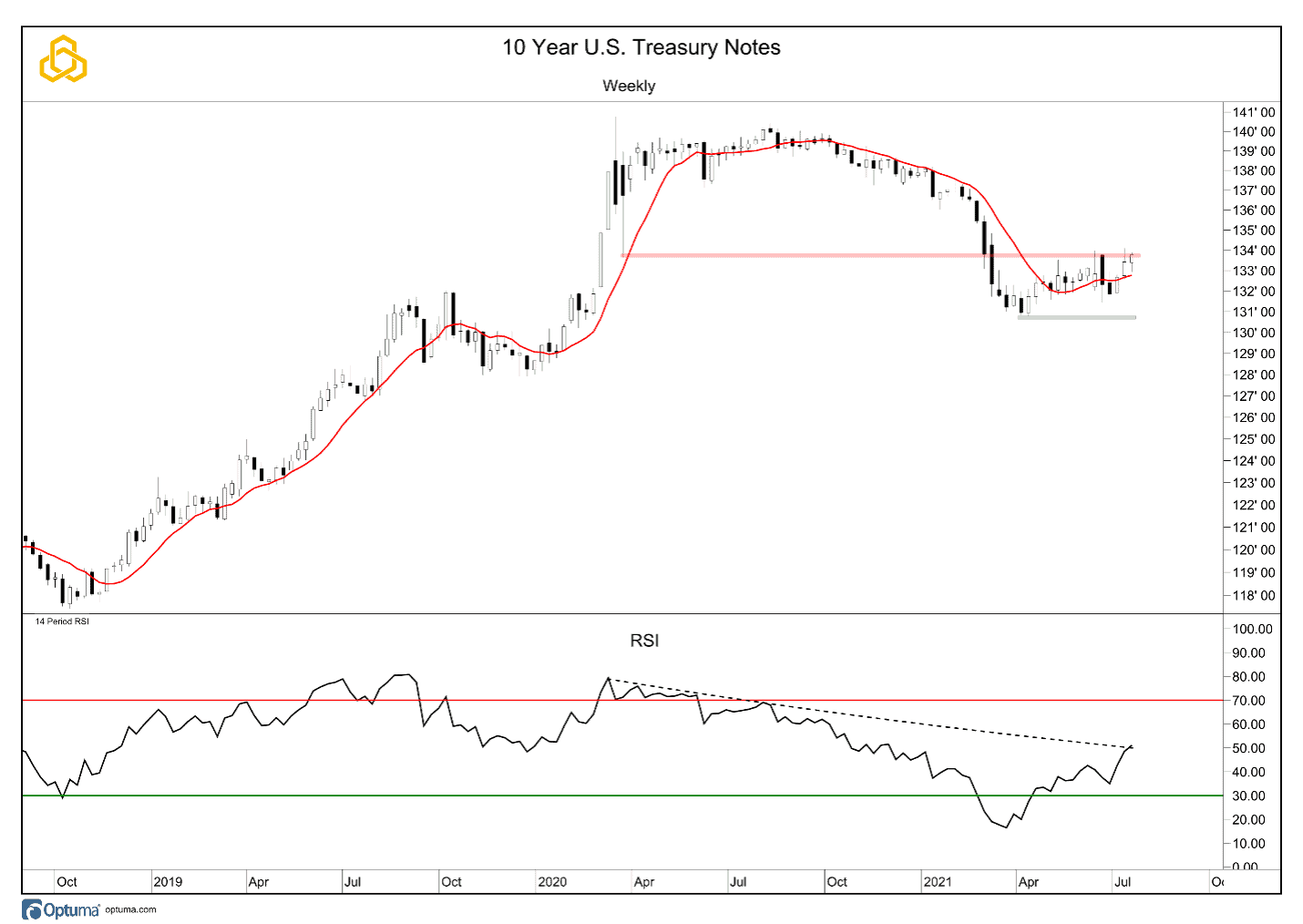 Across the Treasury curve, the trend remains toward lower rates. The move to the downside is larger at the long end of the curve. 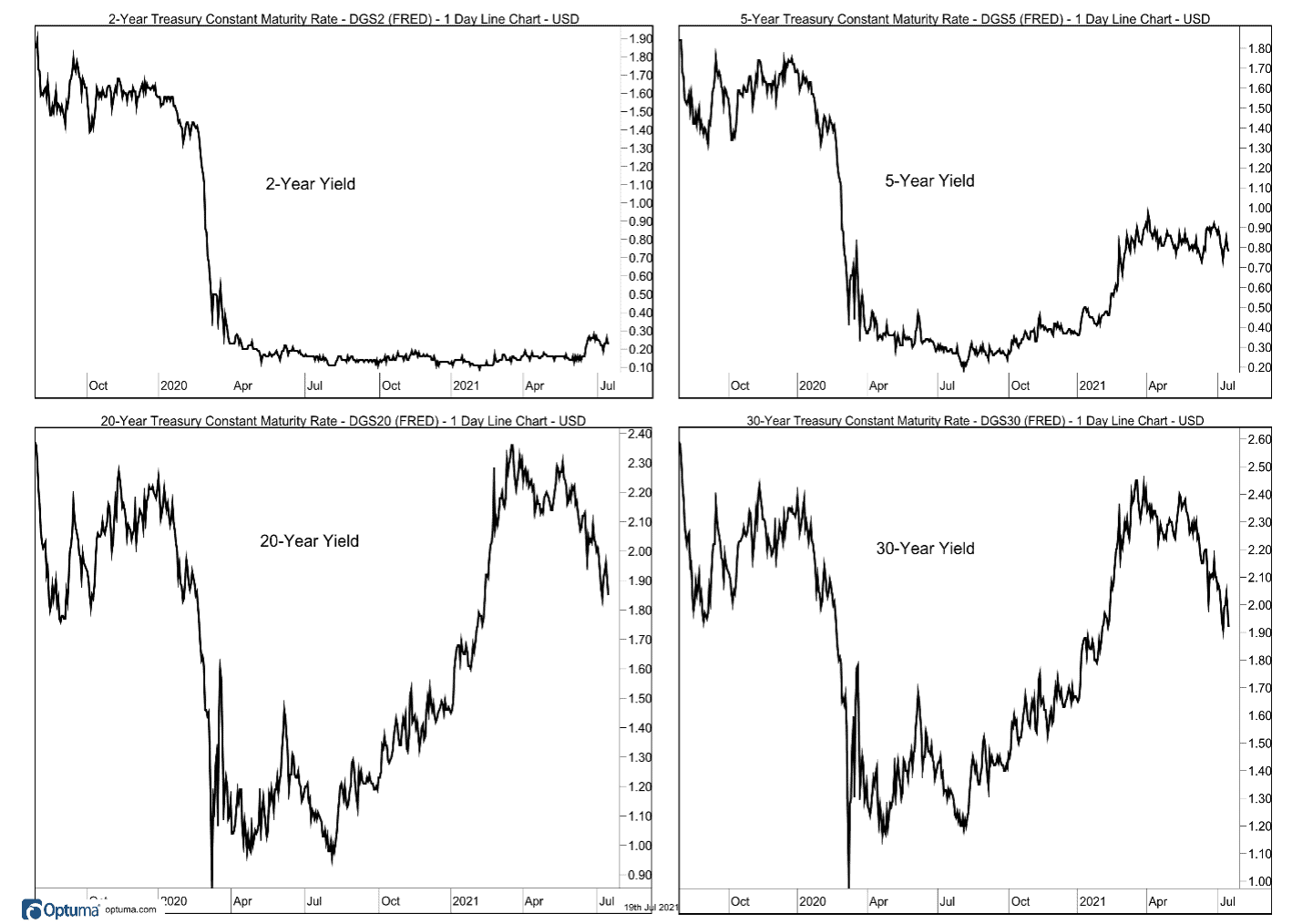 Global stocks could not build on a rally late in the previous week, closing lower last week after a failed attempt to break above the 10-week moving average. The 14-week RSI is moving lower, pointing to a continued loss of upside momentum.

Last week the title of this note included the line “U.S. Over the World,” and that can clearly be seen in the ratio of the Global Dow relative to the S&P 500. After failing to gain upside traction, the ratio is moving lower, increasing the odds that the October lows will be tested. 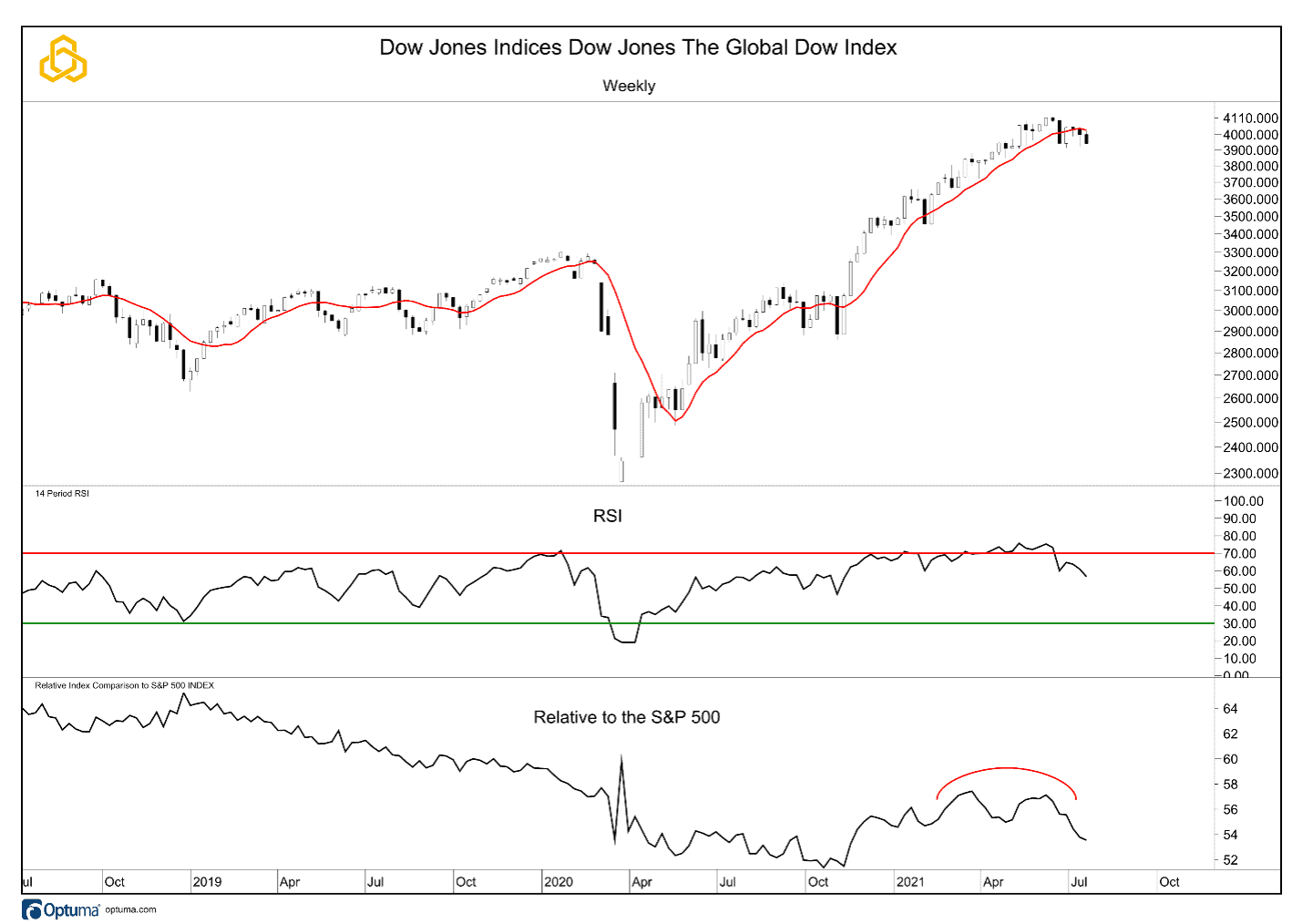 The risk-off tone to the equity market did not filter into commodities last week. The Bloomberg Commodity Index is holding above support and the rising 10-week moving average. Perhaps the hotter than expected CPI report last week was a catalyst for investors to seek out assets that stand to benefit should inflation prove to be more persistent than transitory.

The 14-week RSI is holding near overbought levels, keeping momentum with the bullish long-term price trend. 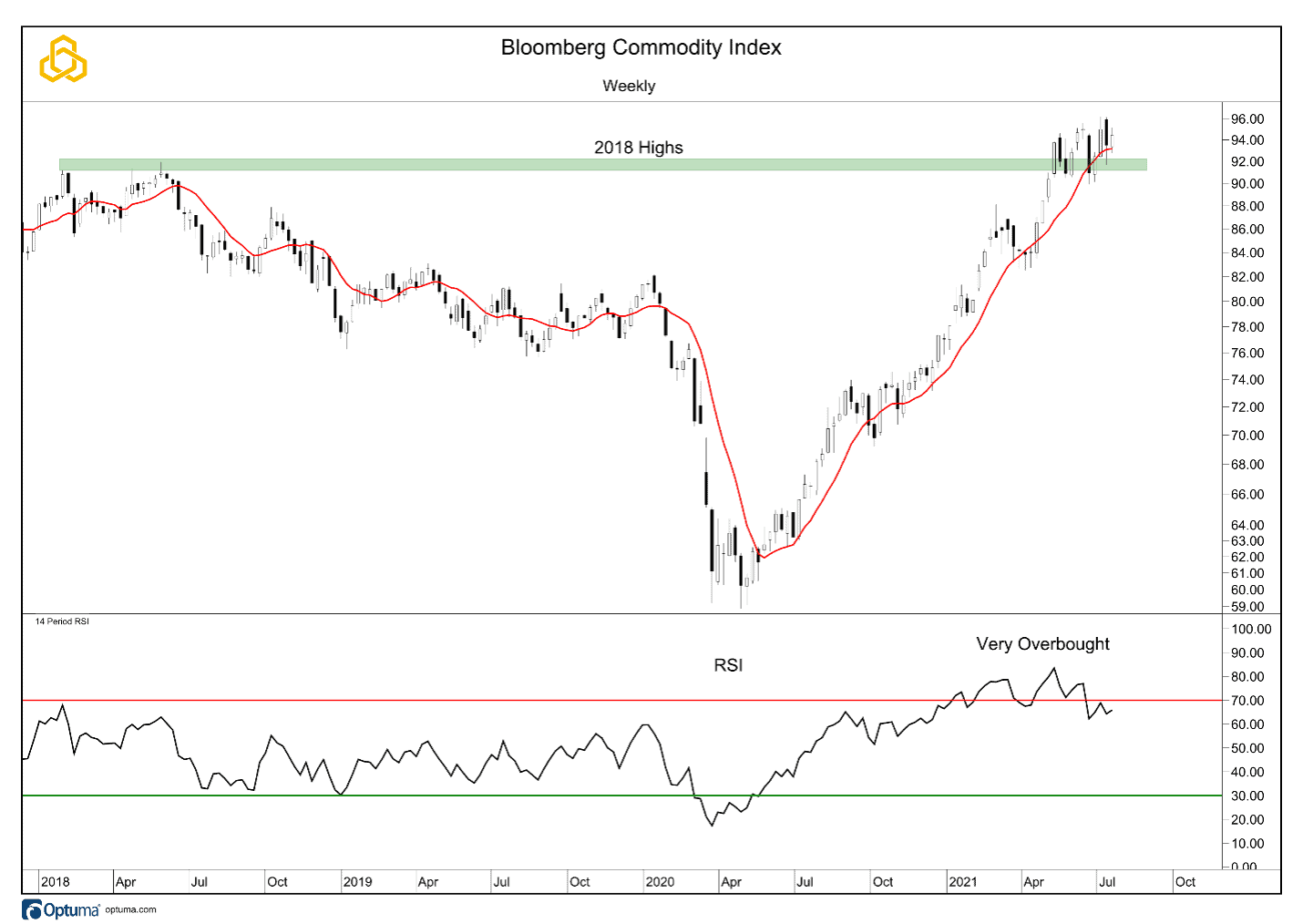 Within the commodity complex, much of last week’s strength can be credited to the agriculture space which staged a rebound from near-term support. The metals continue to consolidate, and Energy has begun to stall within its uptrend. 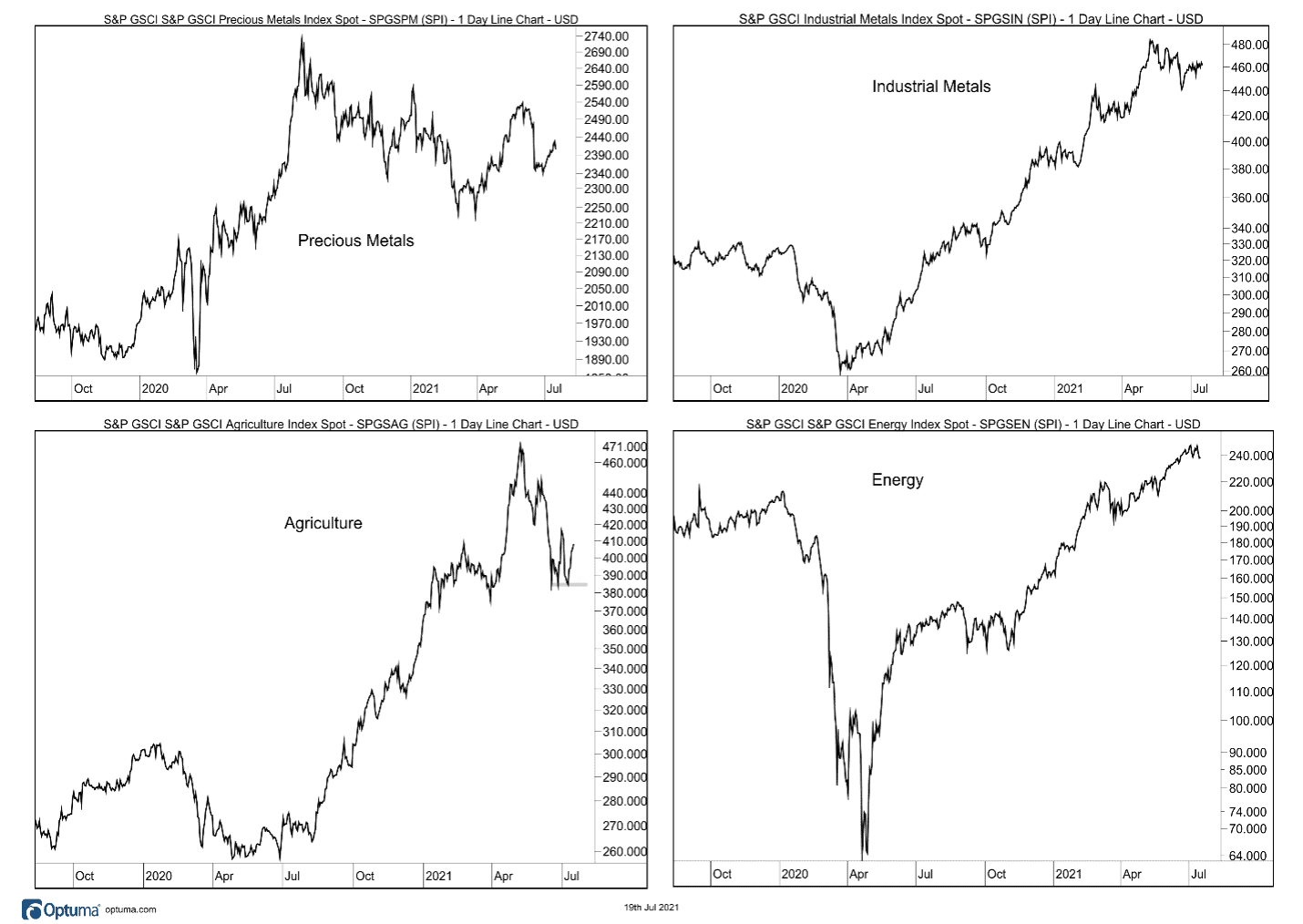 The U.S. Dollar Index pushed higher last week along with other “haven” assets but remains within the wide consolidation that has marked trading since last October. The 14-week RSI is in the middle of the range, confirming the price trend. 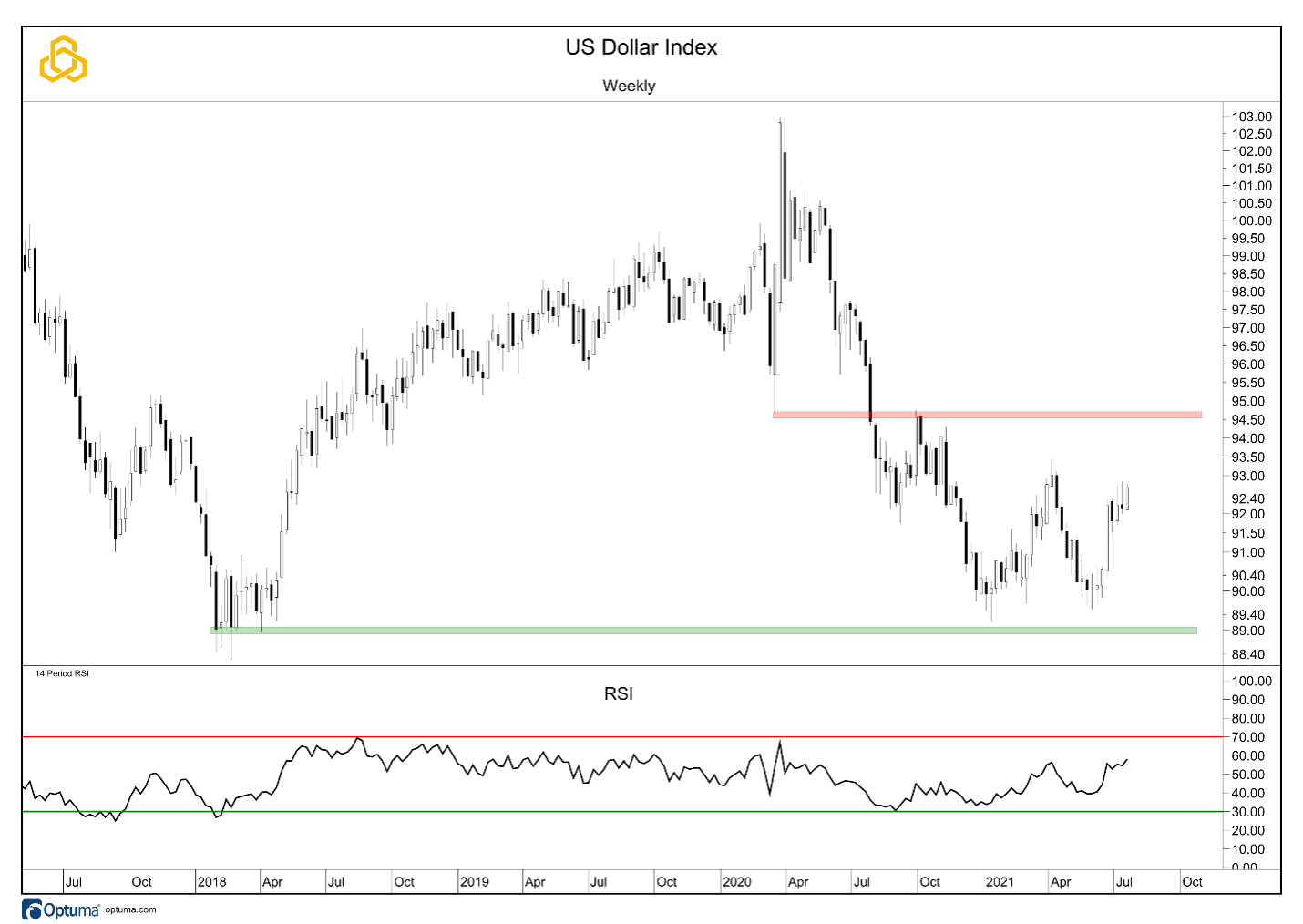 Aside from commodities, which are benefiting from inflation data, there was a risk-off tone to markets last week. Treasuries and the Dollar, traditionally haven assets, have an underlying bid to them while Small Cap stocks remain under pressure. While the S&P 500 is trading near record levels, applying an intermarket filter paints a less bullish picture.