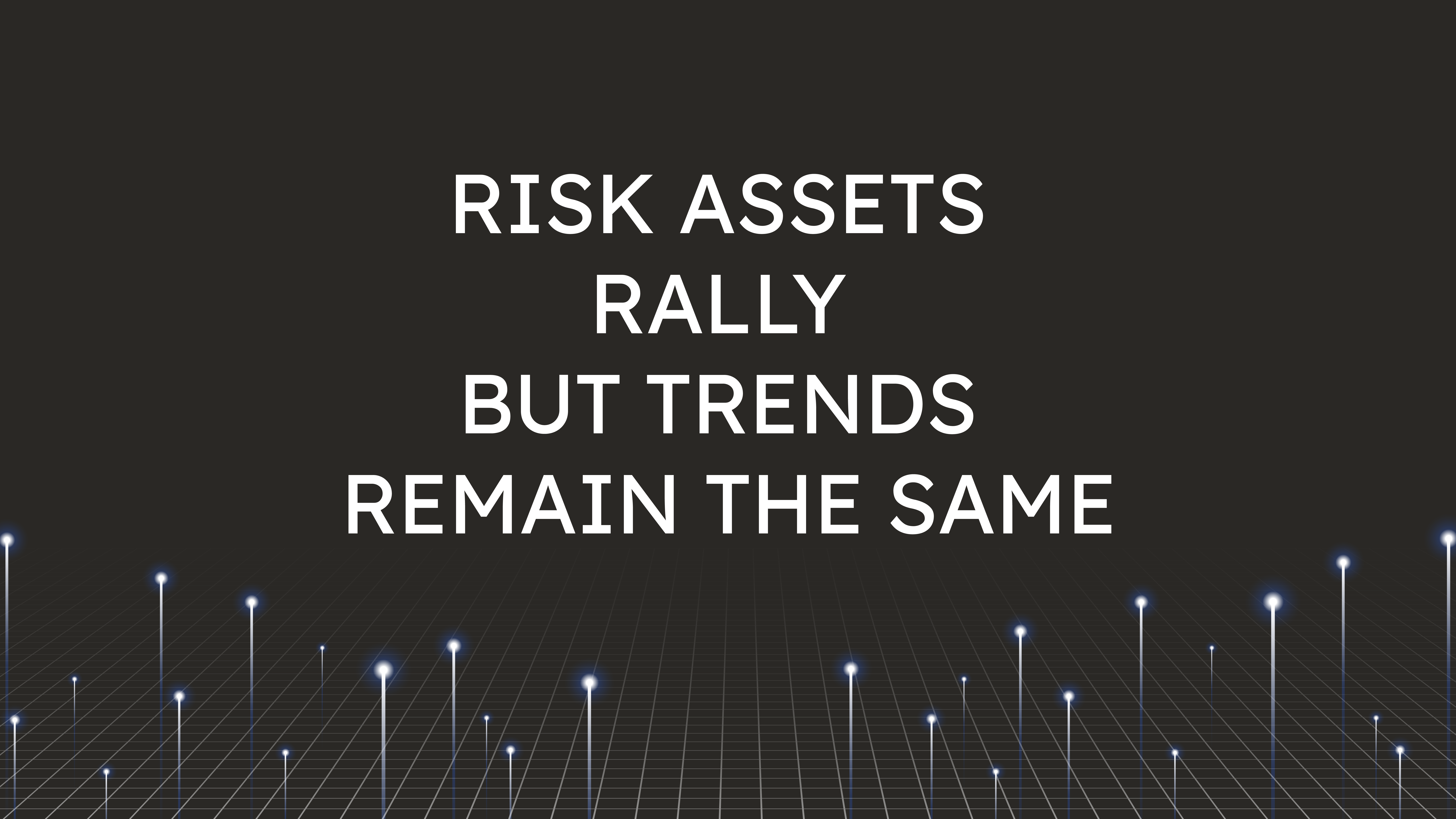 The weekly close for the S&P 500 was another record high as the “textbook” uptrend since the breakout in November remains firmly in place. The 10-week moving average continues to define the trend, providing support to near-term pullbacks and opportunities for the dip buyers. The 40-week moving average is in line with the price level that marks key support for the long-term trend near the 4,000 level.

The 14-week RSI is in an overbought position, confirming the bullish price trend. 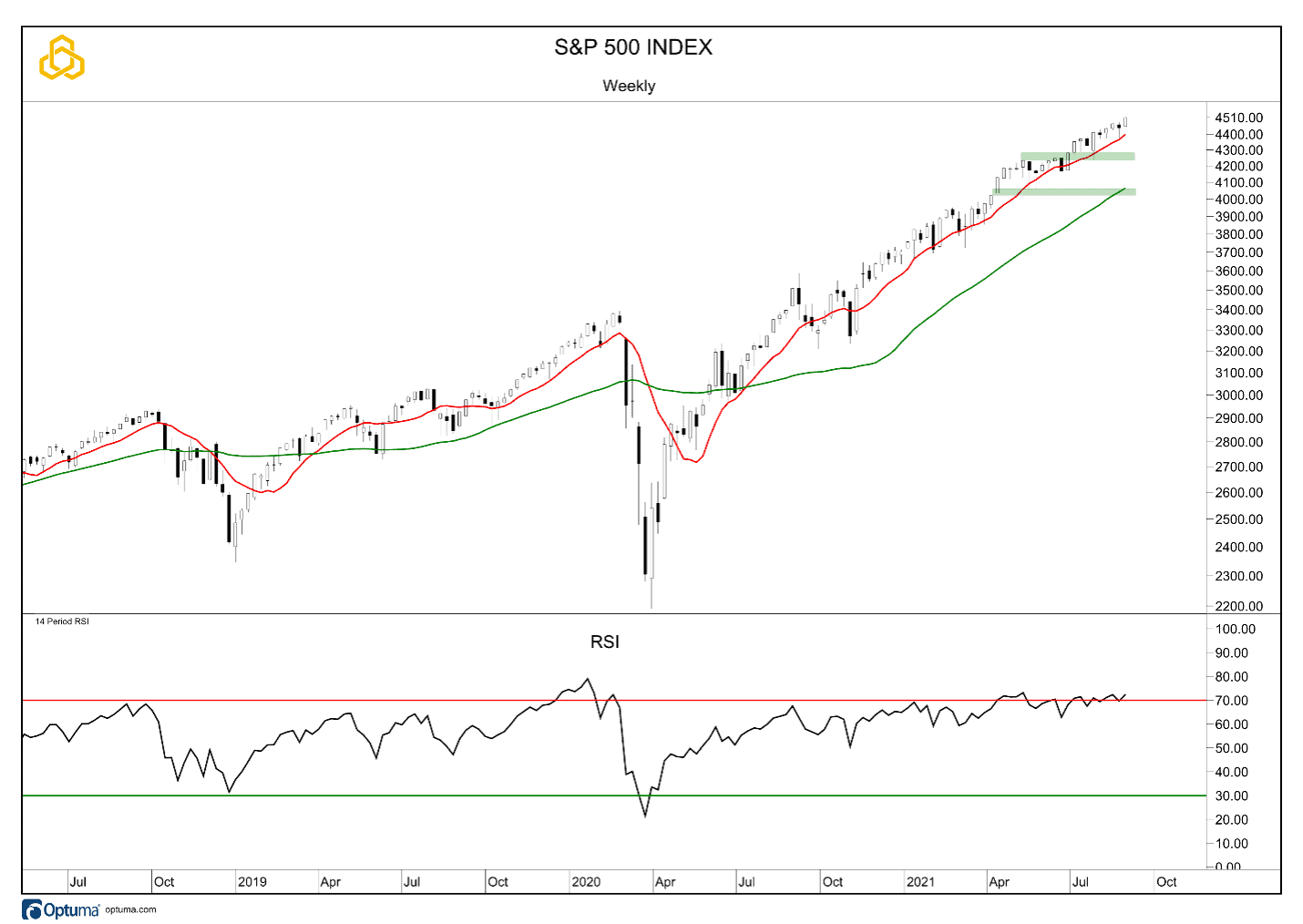 After testing price and moving average (40-week) support in the prior week, the S&P Small Cap 600 Index staged a powerful rebound last week to regain the 10-week moving average. Closing above the early August highs opens the door to a test of the highs of the consolidation that began in March. Last week we wondered if the consolidation was simply a pause that allowed the 40-week moving average to catch up. It appears that this may be case. The 14-week RSI is holding bullish ranges and we now want to see a break of the downtrend.

On a relative basis, the trend remains to the downside until resistance is broken. 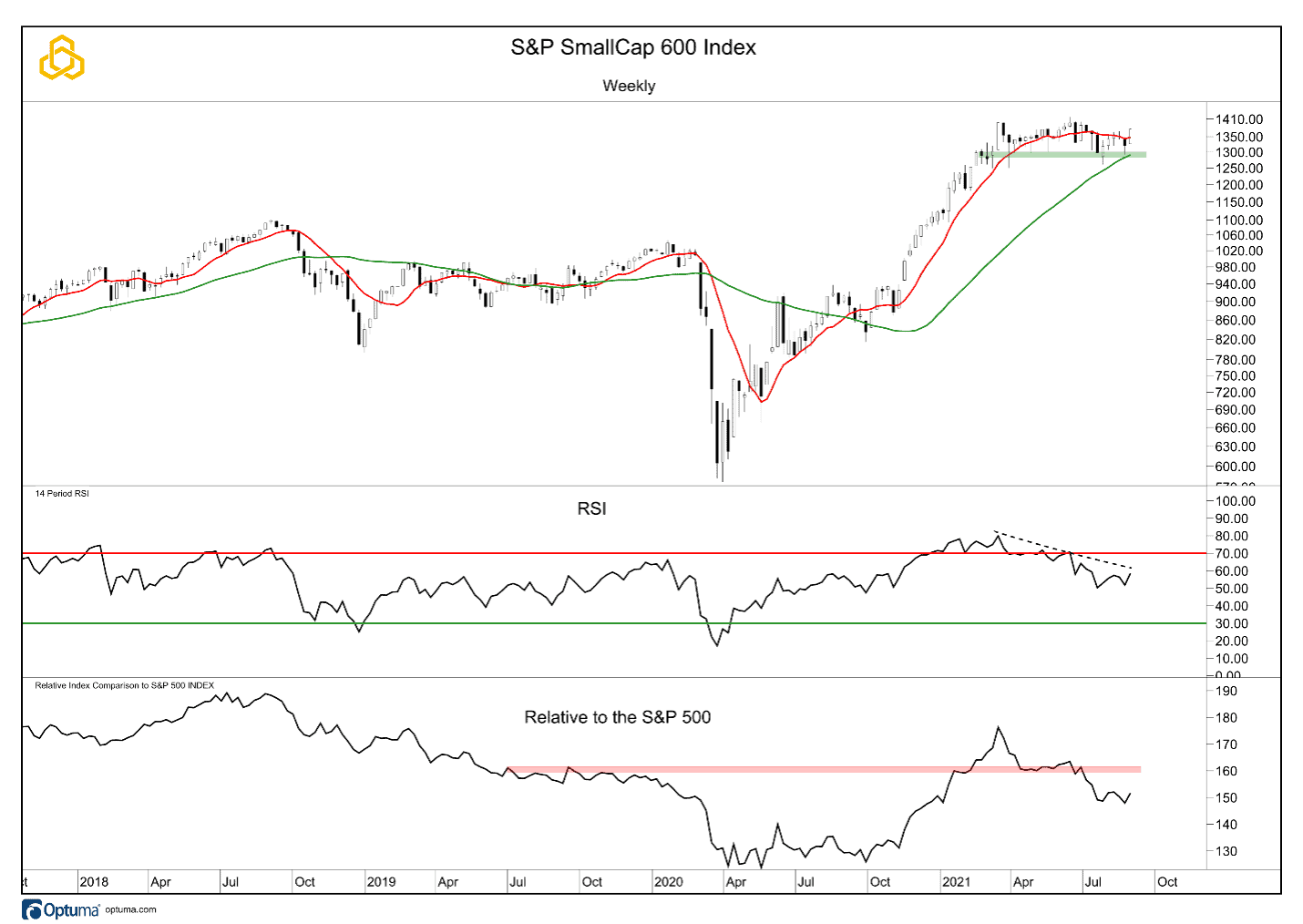 Within the Small Cap universe, only the defensive Utilities closed lower on the week. The top four sectors were: 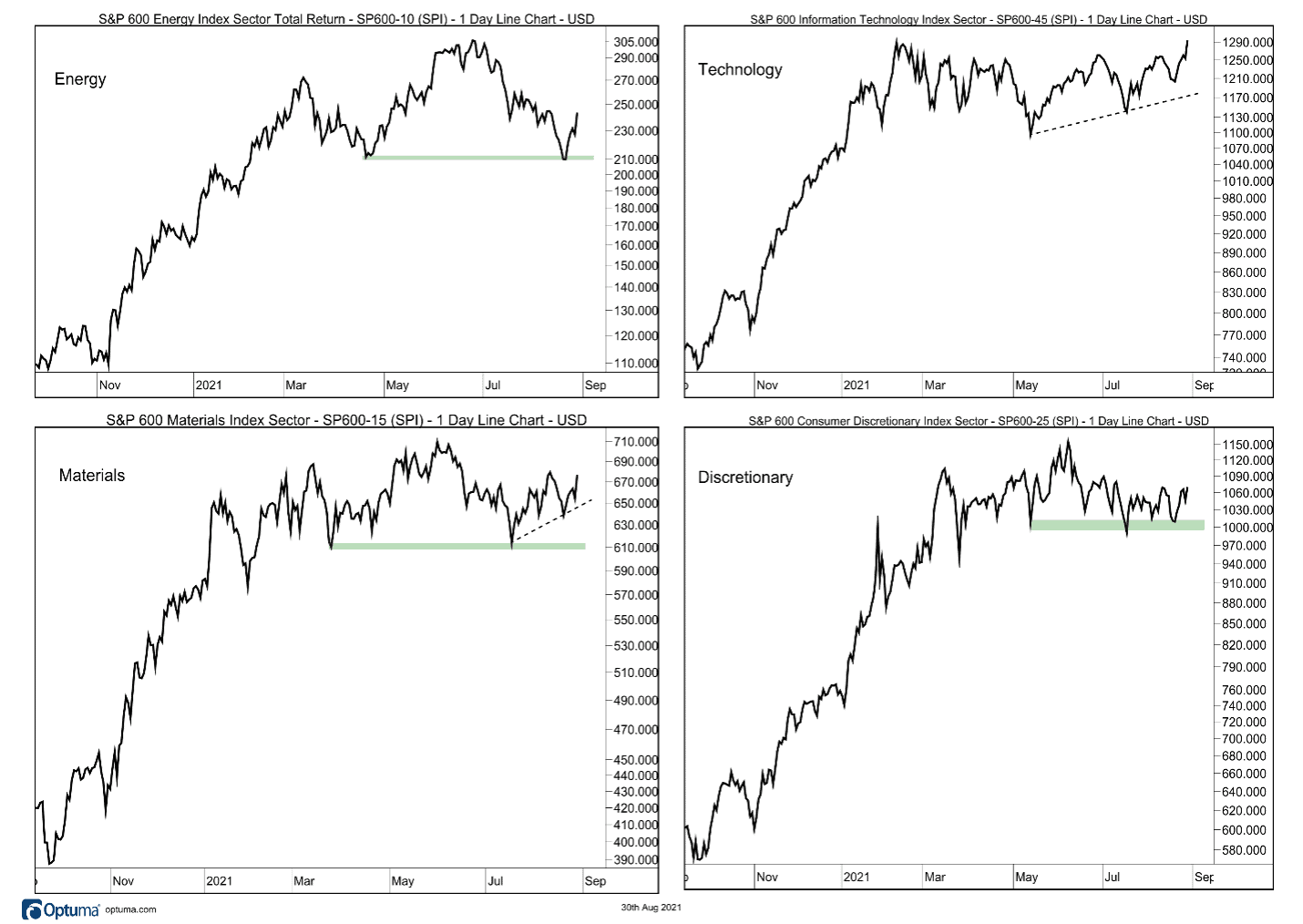 The Nasdaq Composite closed the week near the top of the range and at another record high. Near-term price support is in the 14,300 – 14,400 range while support to the long-term trend remains near 13,000. The 14-week RSI is just below overbought levels and has been making lower highs recently.

On a relative basis, the NASDAQ was an outperformer last week. The ratio remains above an important support zone, keeping the odds in favor of continued leadership. 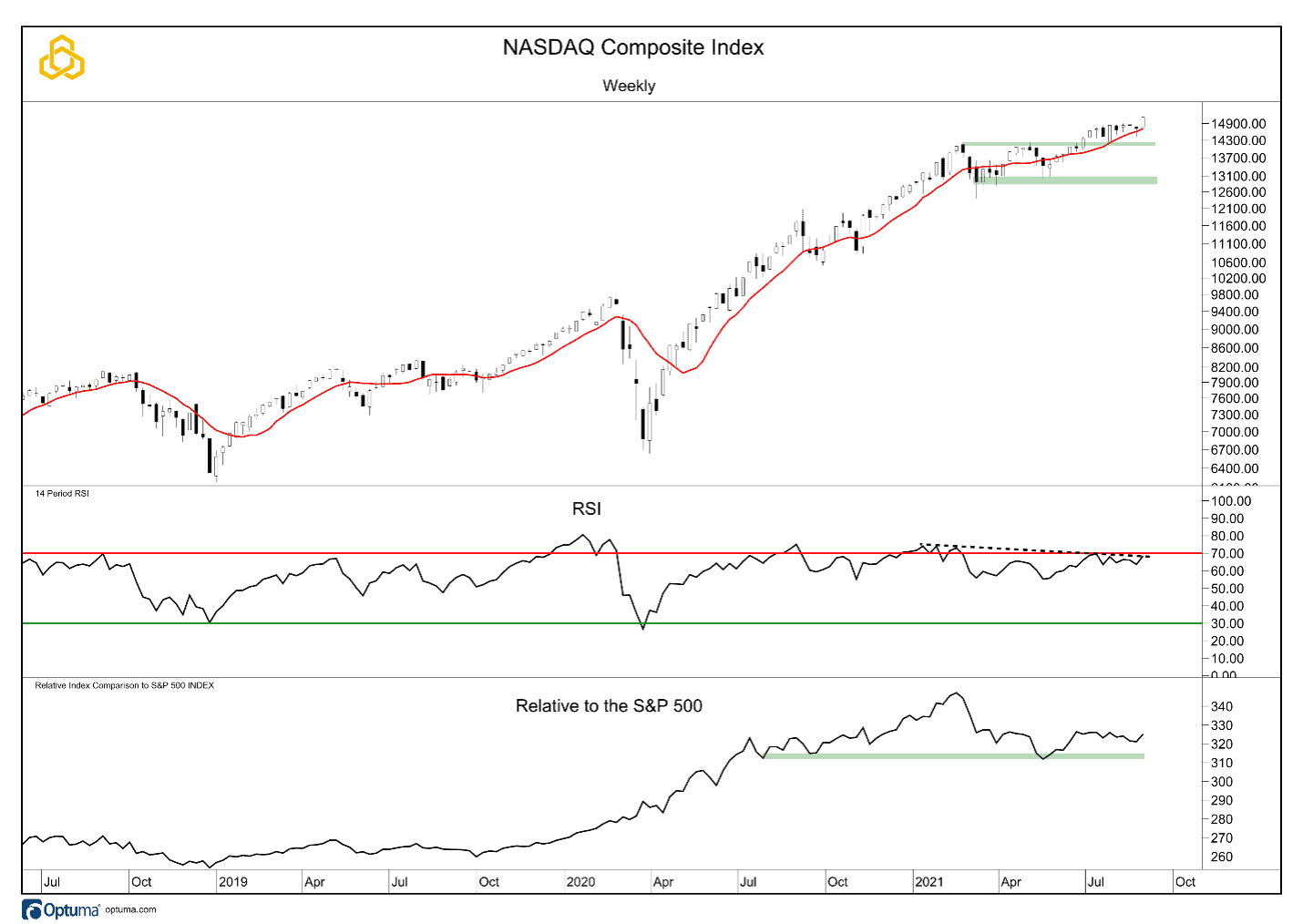 The 10-Year Note closed slightly lower on the week and remains trapped between the declining 40-week moving average and the rising 10-week moving average. For now, support at the $134 level continues to hold. A break to the upside (lower rates) would likely be a bullish tailwind for the NASDAQ and a bearish headwind for Small Caps. A move lower could have the opposite impact. The picture is unchanged from last week.

The 14-week RSI is in the middle of the range, confirming the price action for the Note. 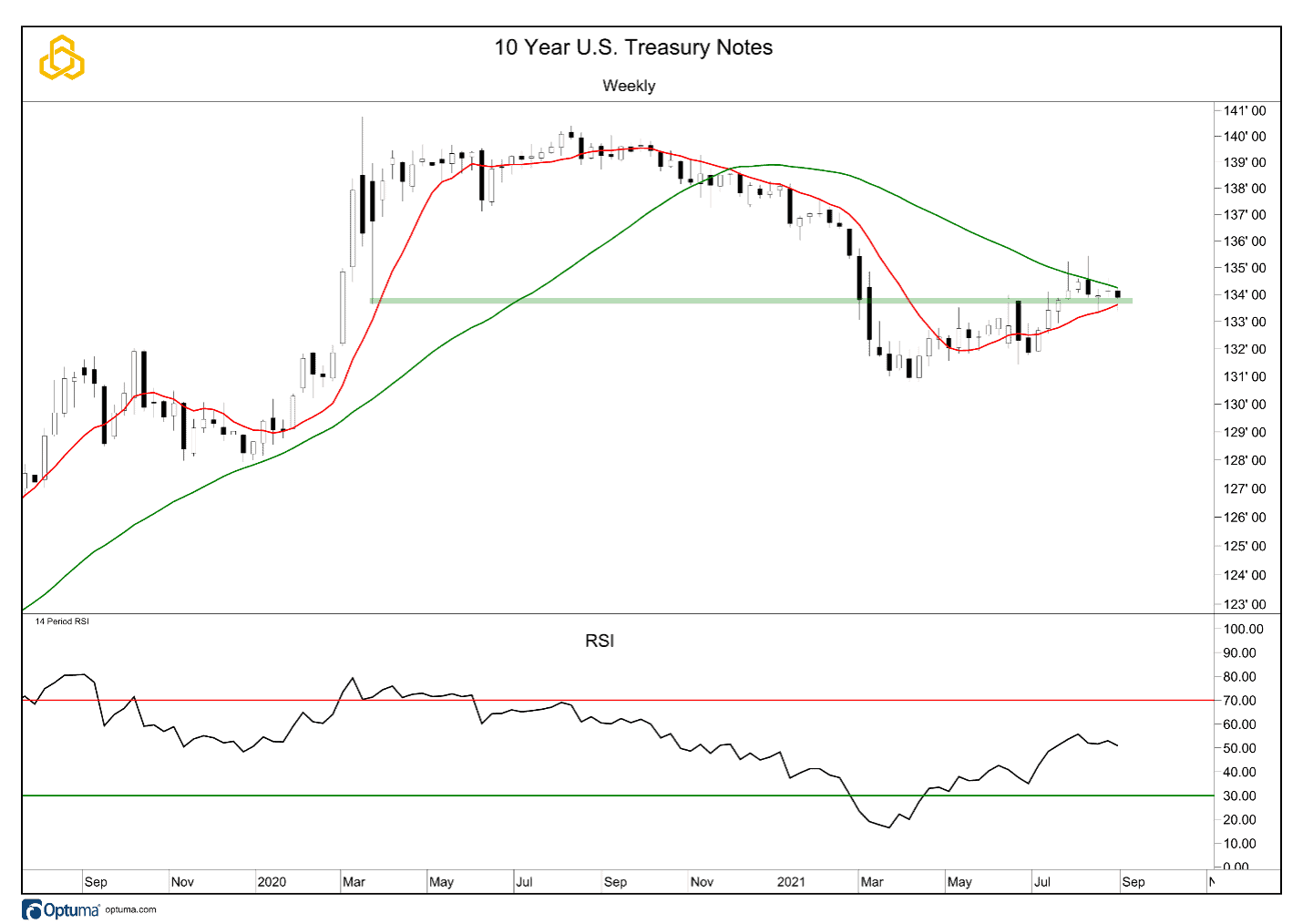 On the week, rates moved higher across the curve with the moves more pronounced in the front end. 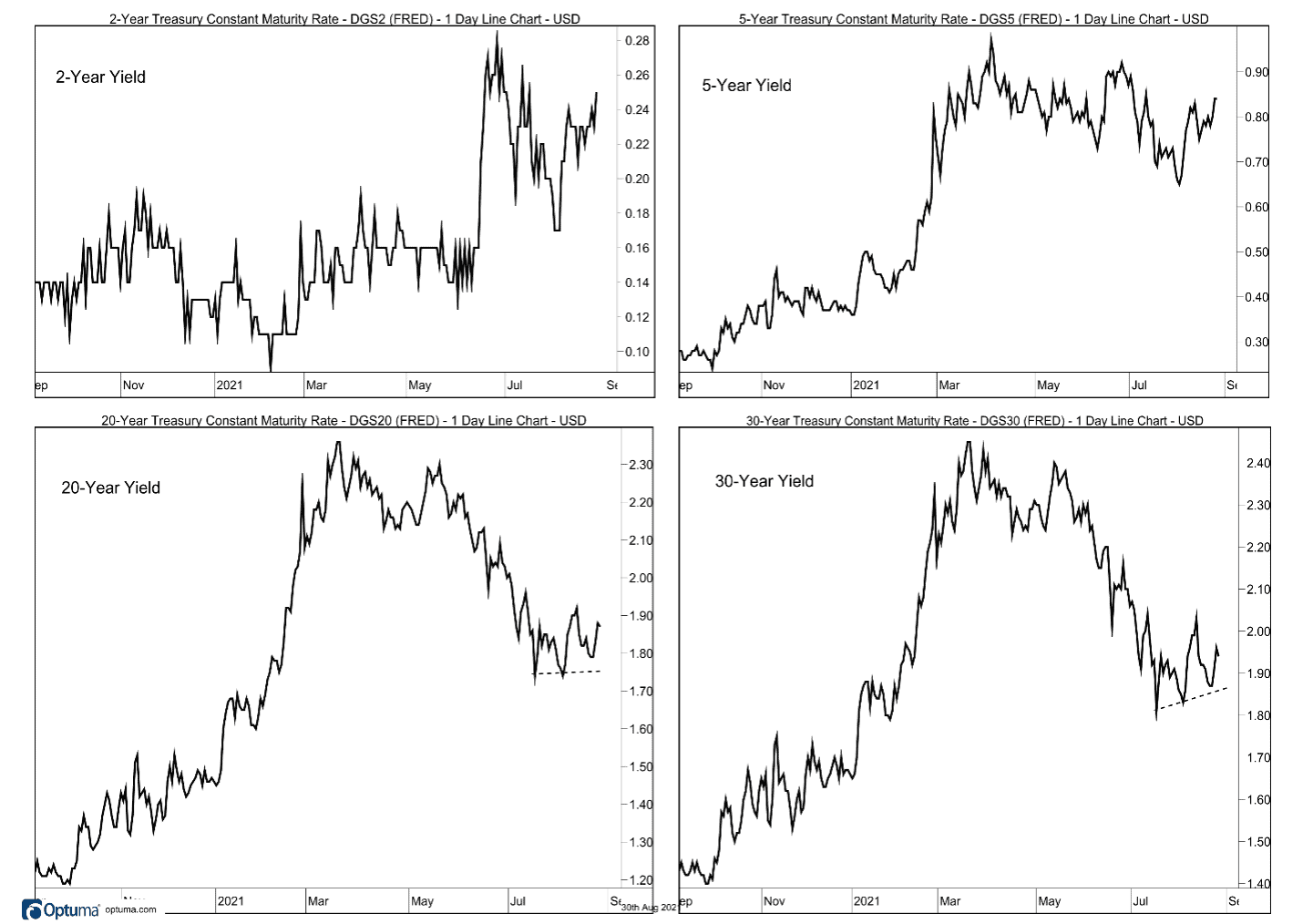 The Global Dow regained the 10-week moving average and closed at the top of the weekly range after a successful test of trendline support. This keeps the uptrend from the March 2020 lows in place. The 14-week RSI remains in a bullish regime as the index works through its consolidation.

Relative to the S&P 500, the trend in global equities continues to be bearish, a view that will hold until resistance is broken. The U.S. over the rest of the world remains an enduring theme again this week. 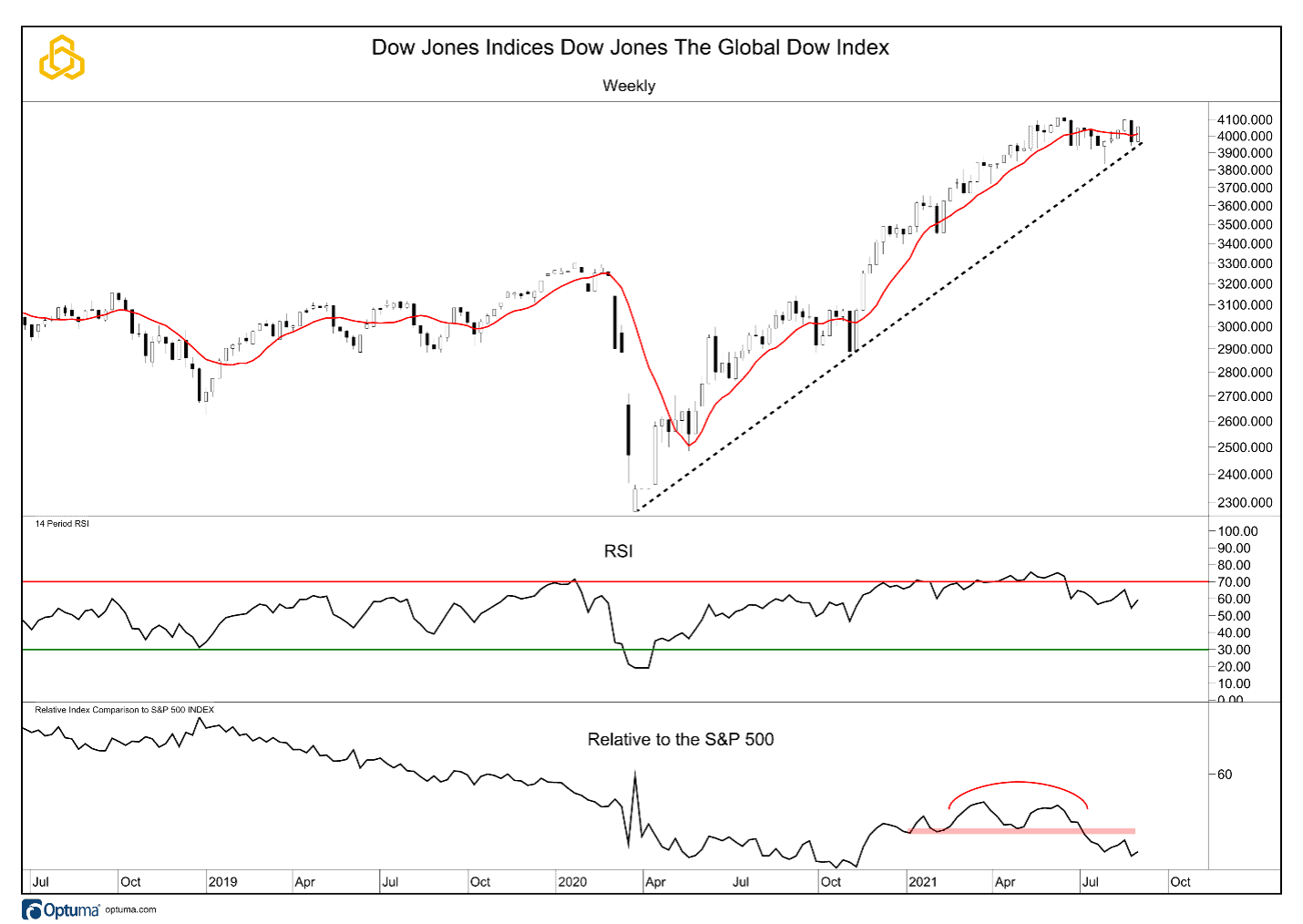 The Bloomberg Commodity Index staged a strong rebound last week to close in the upper portion of the near-term consolidation zone and back above the 10-week moving average. For a second consecutive week, support at the 91-level held, keeping the breakout in place. We would have liked to have seen more momentum behind the move. The 14-week RSI does remain in a downtrend. 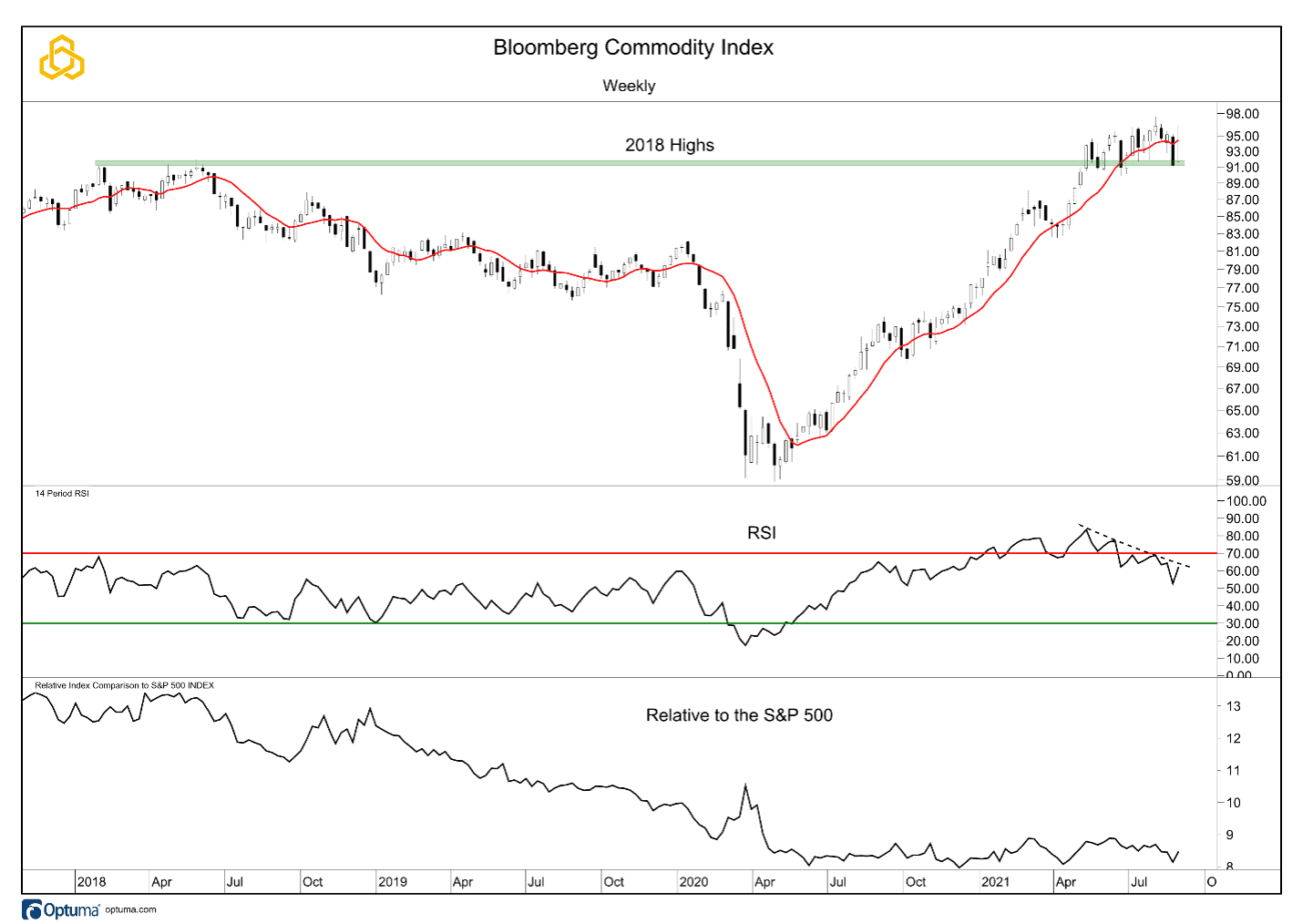 Within the commodity complex, strength was seen across the board last week: 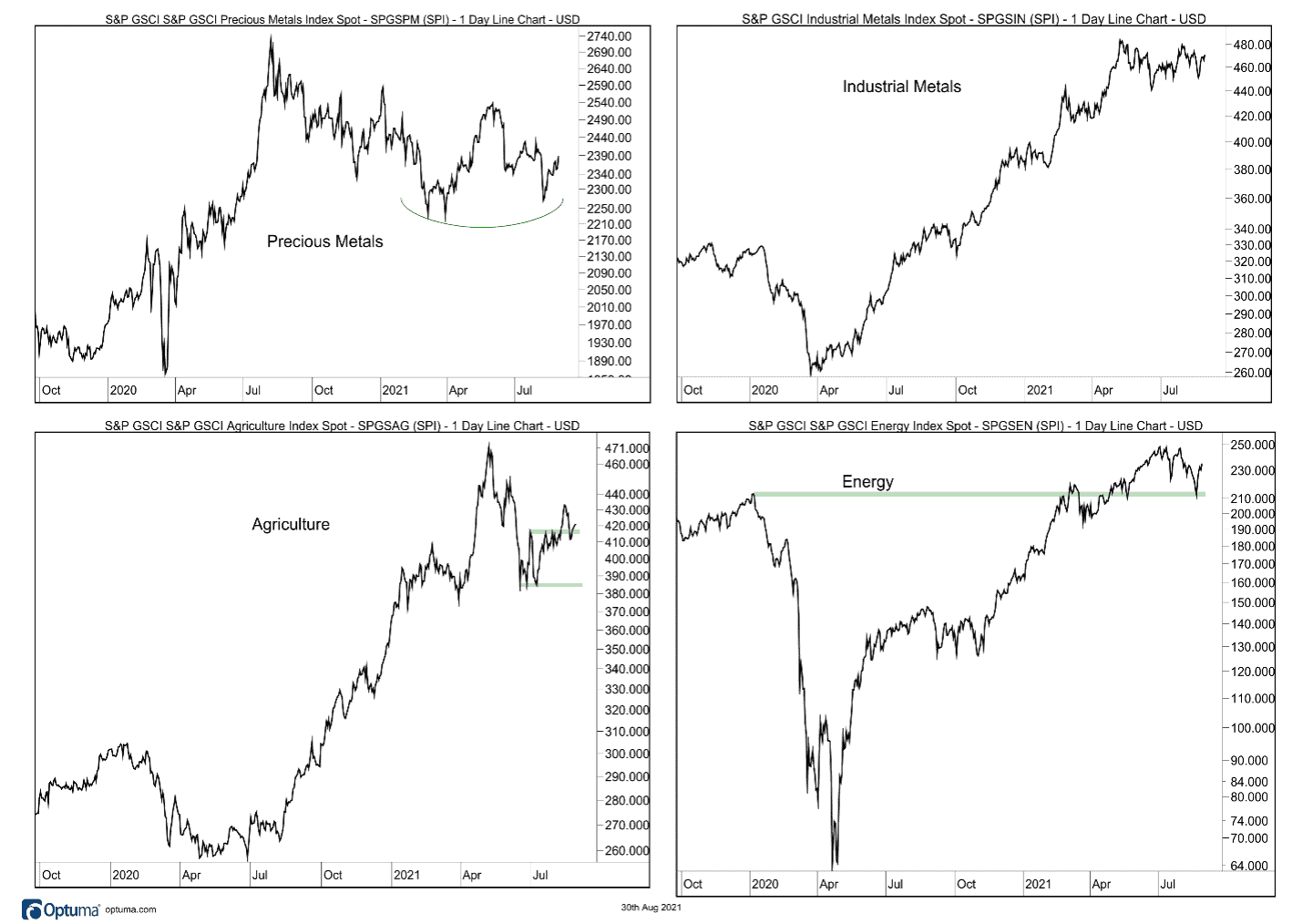 The U.S. Dollar Index pulled back last week, leaving a possible false breakout on the chart at the 93 level. The rising 10-week moving average continues to hold in the near-term. Should the moving average break, we must think about a move to the lower portion of the range, near 89.

The 14-week RSI has lost upside traction and has yet to complete the shift to a bullish regime. 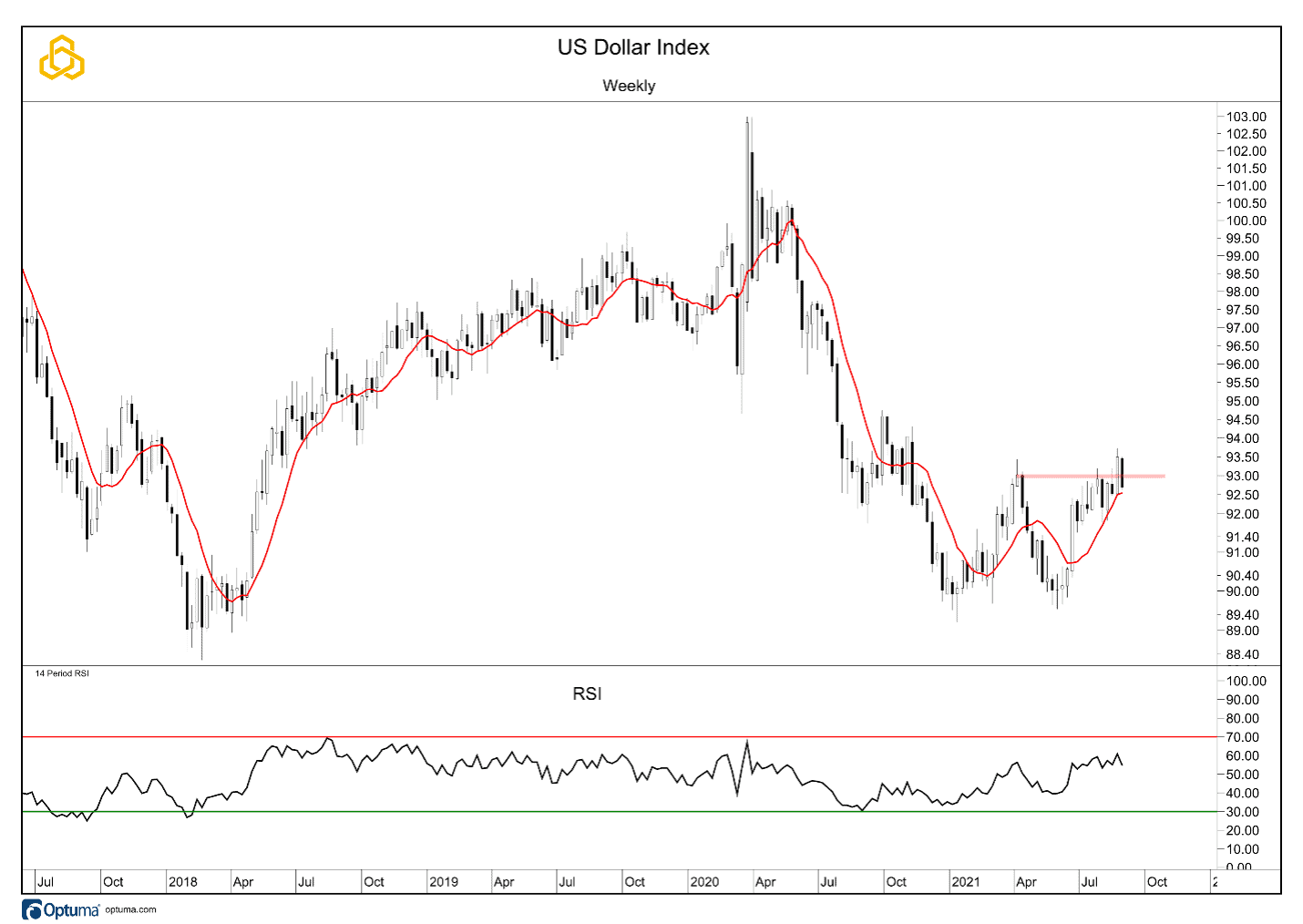 Risk on is the only way to describe trading last week with strong bullish moves in the Small Caps and Commodities while defensive assets (treasuries and the dollar) came under pressure. However, the prevailing trends across markets are unchanged. The S&P 500 and NASDAQ continue to power higher. The 10-Year Note remains trapped. Commodities are in a near-term consolidation. The Dollar is in a range, trying to carve out a bottom.