The Bears Won’t
Make It Easy

The S&P 500 has seen a sharp reversal from the 200-day moving average, moving down to test short-term support. Further weakness will see the 50-day moving average come into play. After crossing above 70, the 14-day RSI has turned lower. Bulls want to see this indicator hold above 40 to maintain a position in a bullish regime. 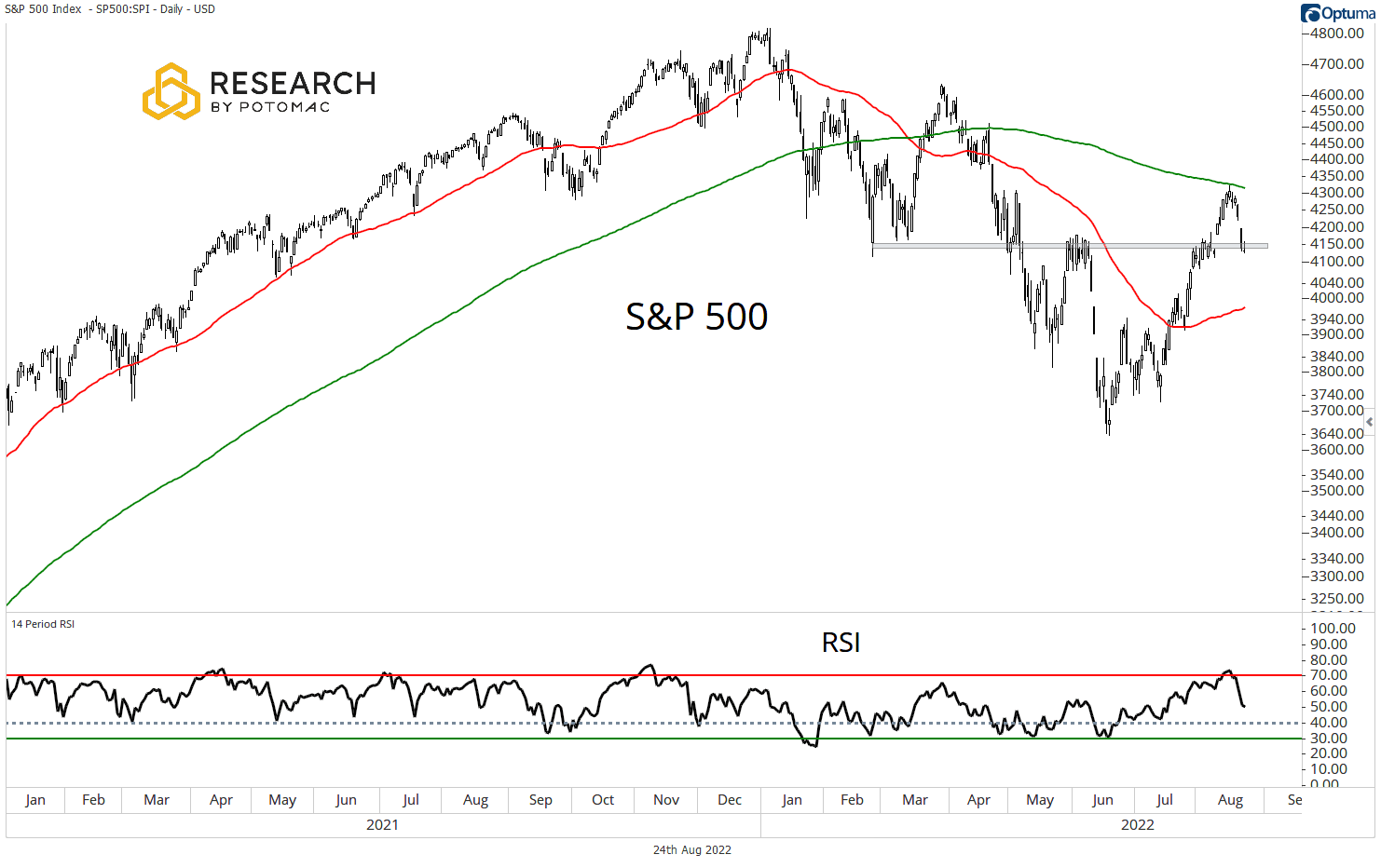 The S&P Small Cap 600 has also faded from the declining 200-day moving average but remains above the rising 50-day moving average. The 14-day RSI is moving lower after becoming overbought last week. Bulls want to see the 50-day hold as support while the RSI remains above 40. Failure to do so would signal that the rally from the June lows was just another bear market “head fake.” 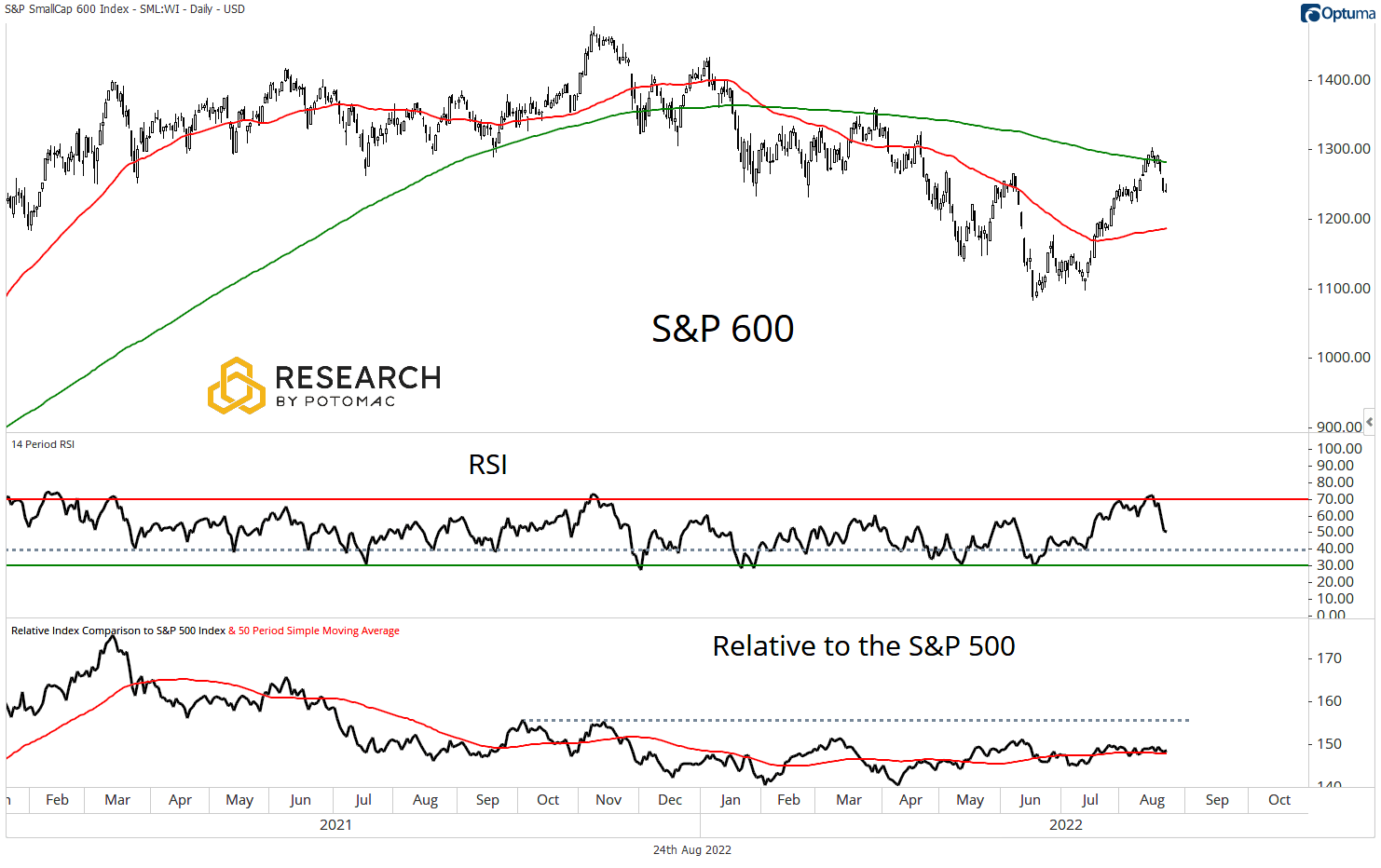 The NASDAQ 100 is stuck between the 50 and 200-day moving averages while remaining above a key support level. Bulls want to see the index clear the 200-day before becoming more aggressive on the long side. The 14-day RSI is moving lower. Holding above 40 would keep this indicator in a bullish regime.

The relative trend is testing support at the rising 50-day moving average. 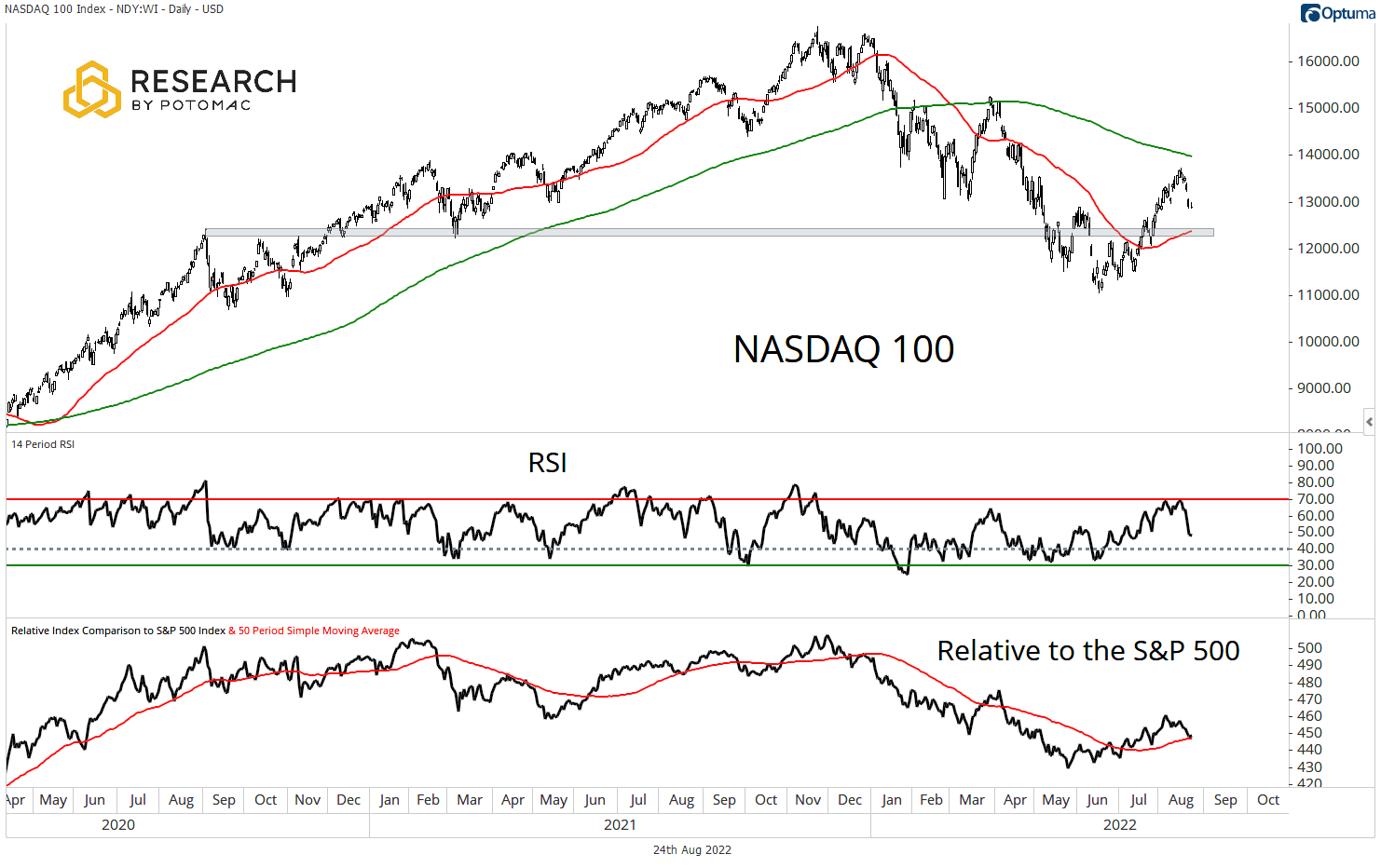 The 10-Year Note has lost the 50-day moving average and is now battling support at the 2018 lows. At the same time, the 14-day RSI is testing 40. Should both key levels break, the June lows will likely be tested. On Friday, we highlighted that it was too soon to call the top in yields. Breaking support would strengthen that view. The declining 200-day moving average is not a factor now. 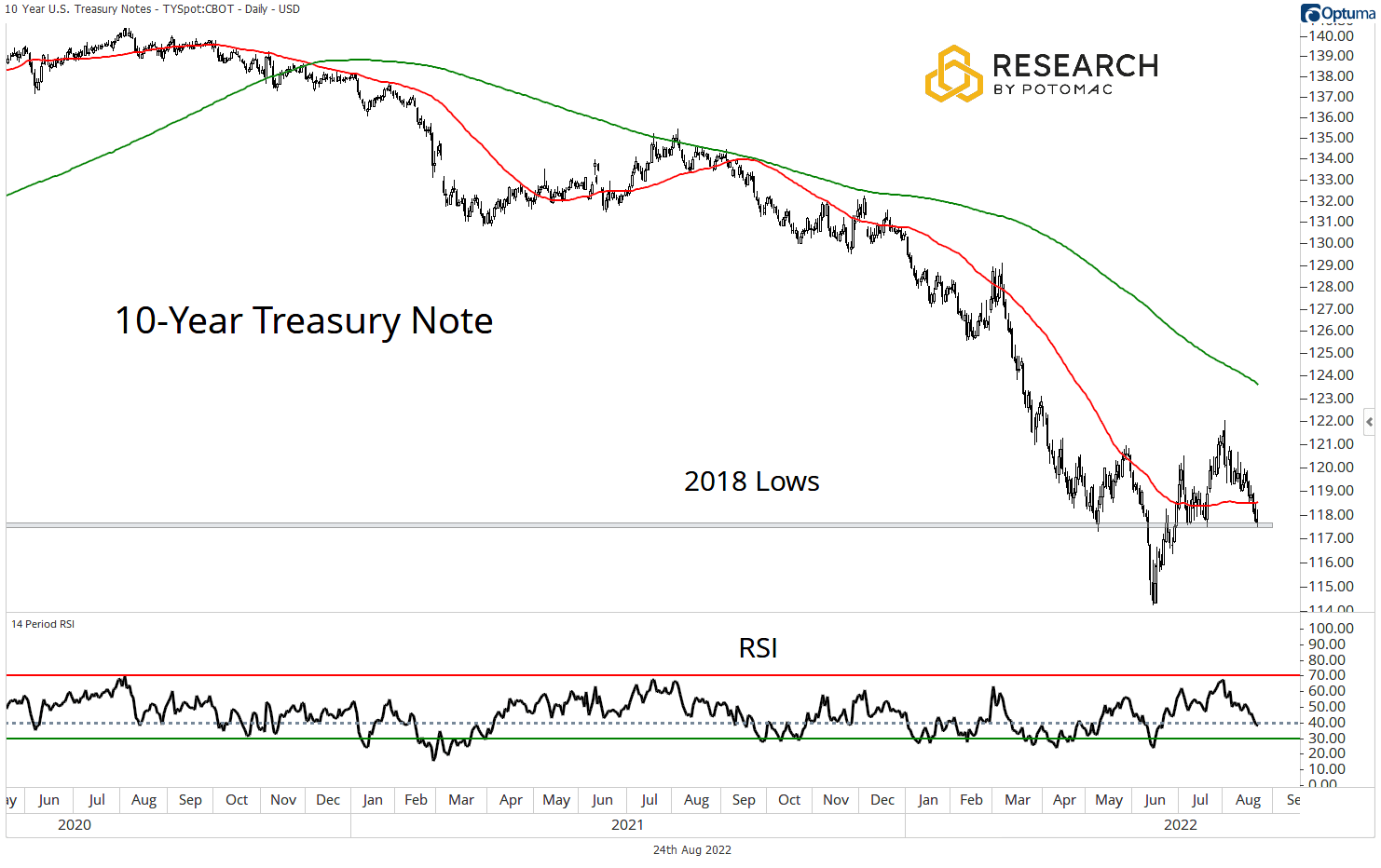 The Bloomberg Commodity Index has been reasserting its bullish trend after holding the 200-day moving average in June and recently breaking above the 50-day moving average. Short-term support has been established at 110. Above these key levels, the March and June highs are in play.

The relative trend has held support and is testing the 50-day moving average. Moving above that level points to further outperformance. 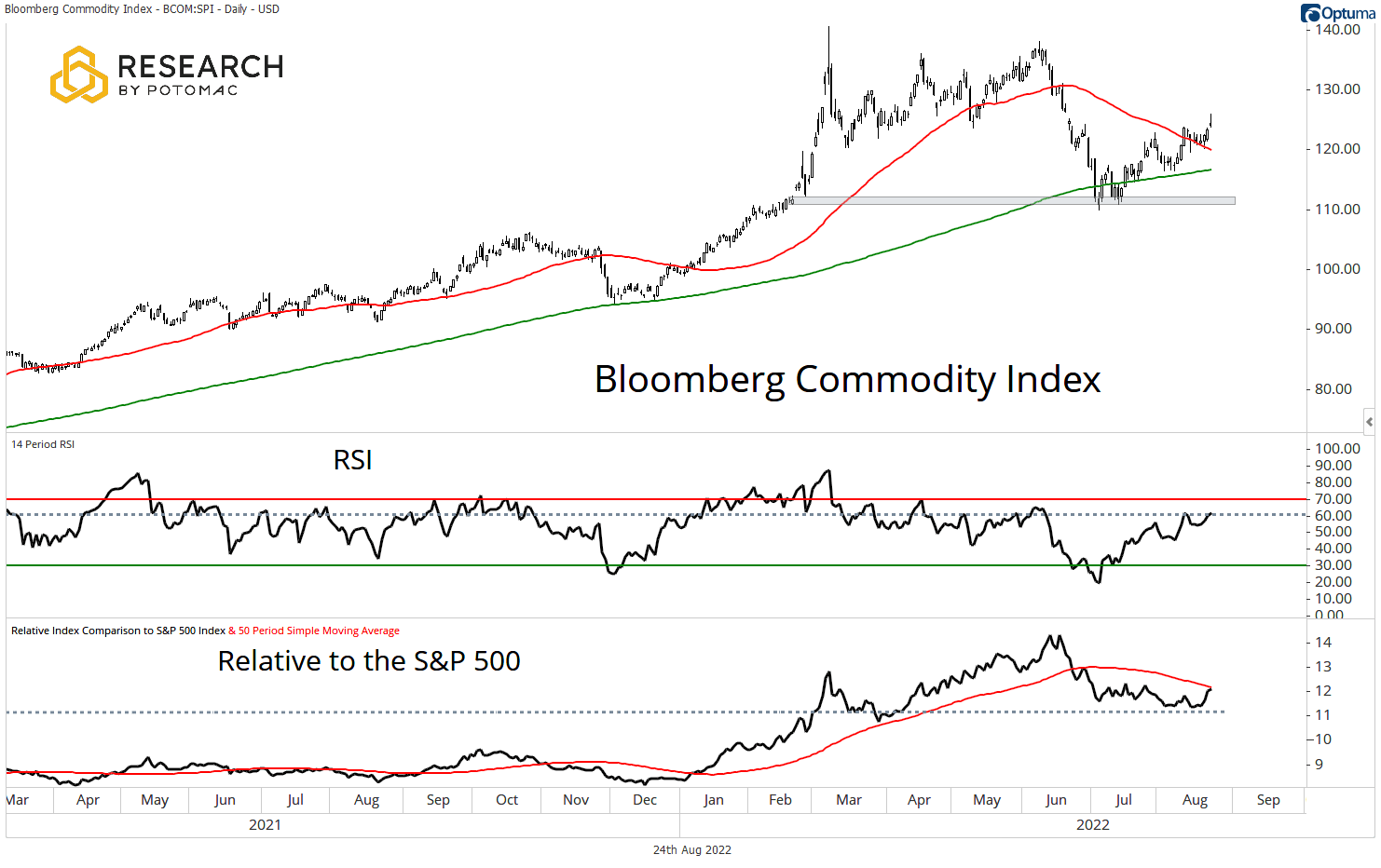 The CBOE S&P 500 Volatility Index (VIX) has spiked higher over the past week, moving back above 20 and the 10-day moving average. Note that the moving average has also made a turn to the upside. Bulls want to see the VIX remain below 20 to have confidence in rallies. Above 20 creates a more uncertain environment. 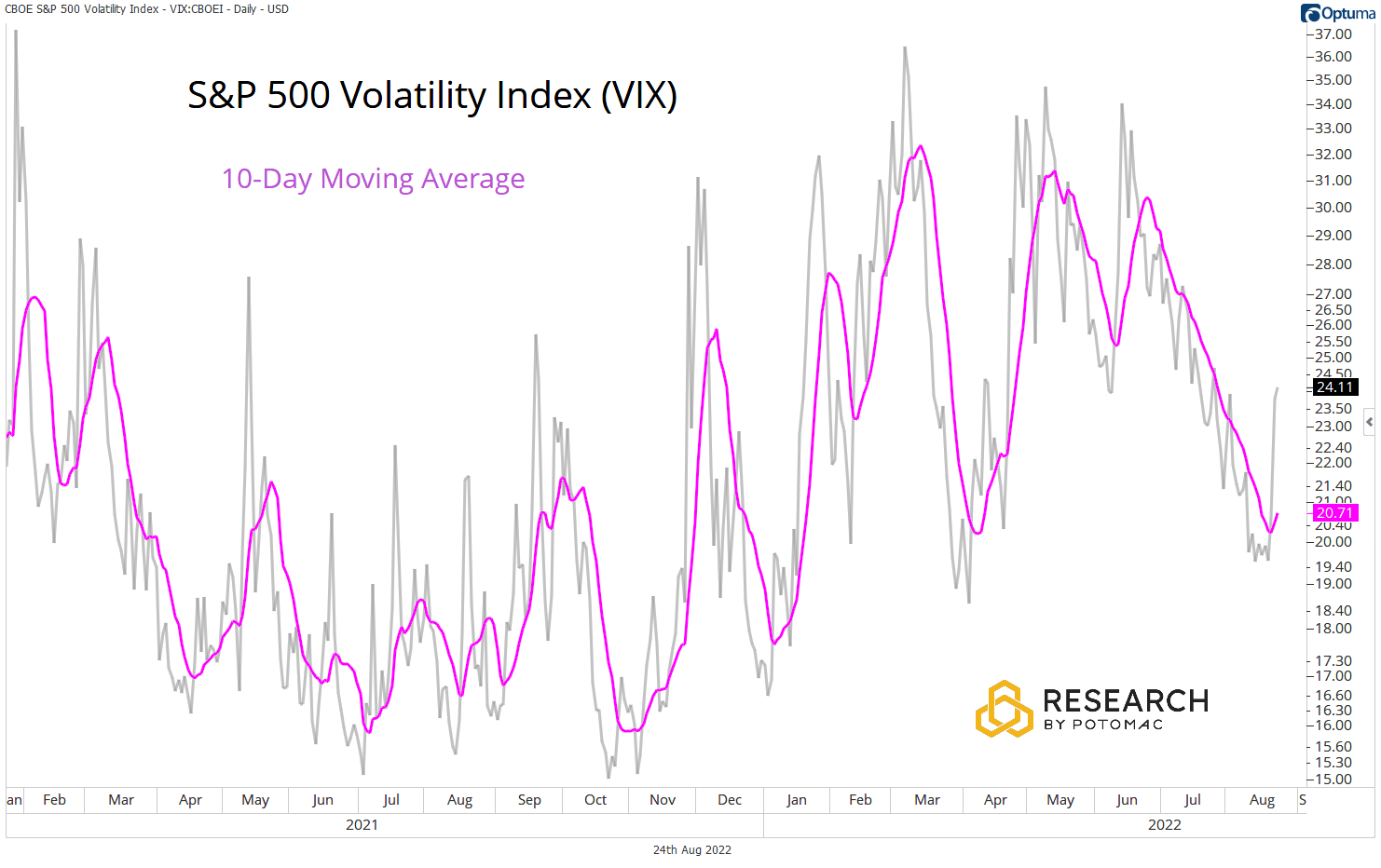 With the recent sell-off in equities, the ATRs have turned higher. The short and intermediate term metrics remain below thirty broken trend lines. However, the 126-day ATR is turning higher above trend. Thus far, all three remain below 2%, but bulls want to see these metrics moving lower. 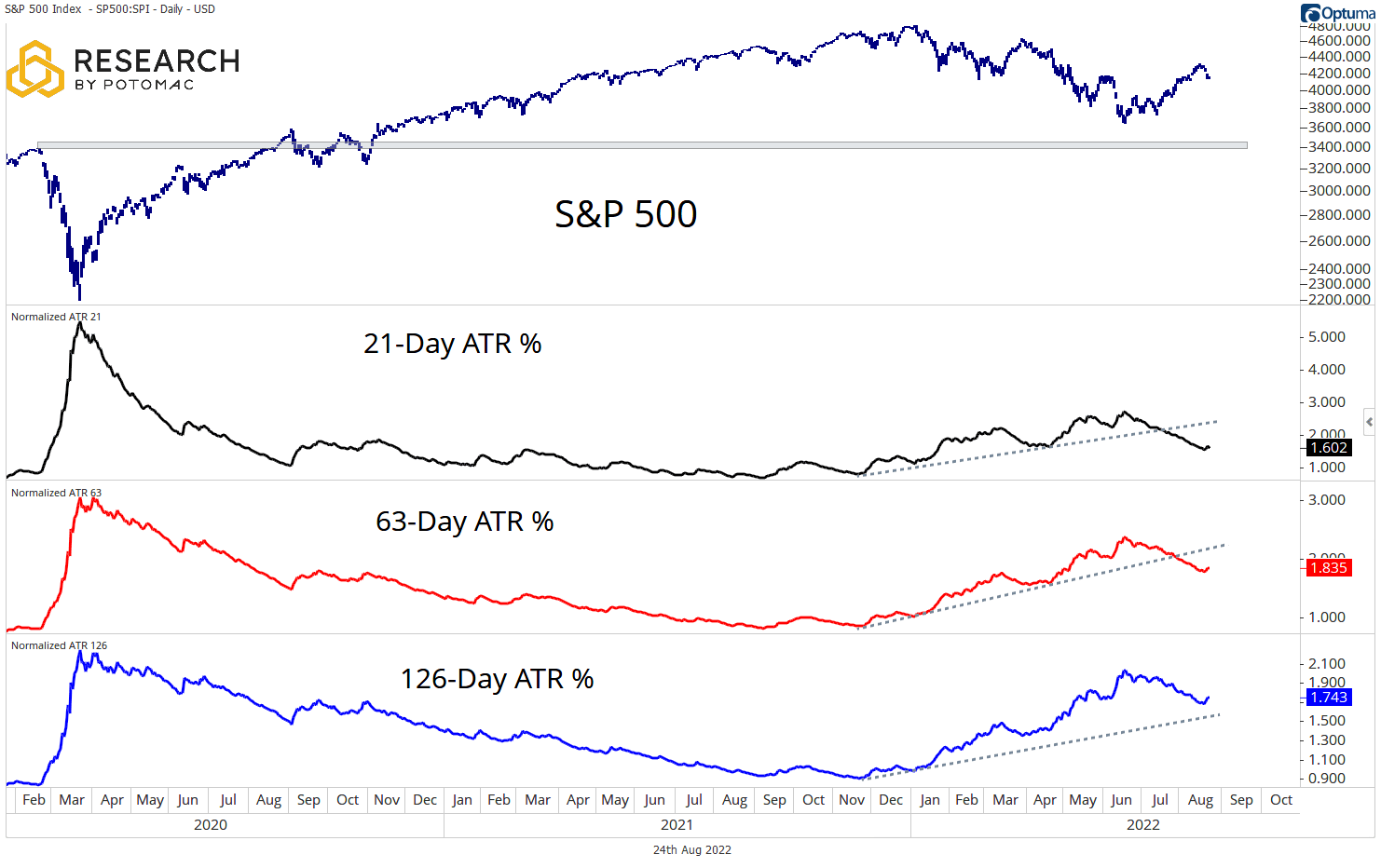 While the trend had been improving since the June lows and the bulls were taking control, the bears are not going to go down without a fight. It would have been foolish to think that equities would rally in a straight line without a pullback. The question that we must answer is, was this rally just a bear market head fake? We will not know until later, but as we wrote last week, risk management levels are clear. Away from equities, the 10-Year Note is testing a key level; breaking it calls for more upside in yields. Commodities are beginning to reassert their bullish trend.