Transports are Trying
to Get on the Right Track 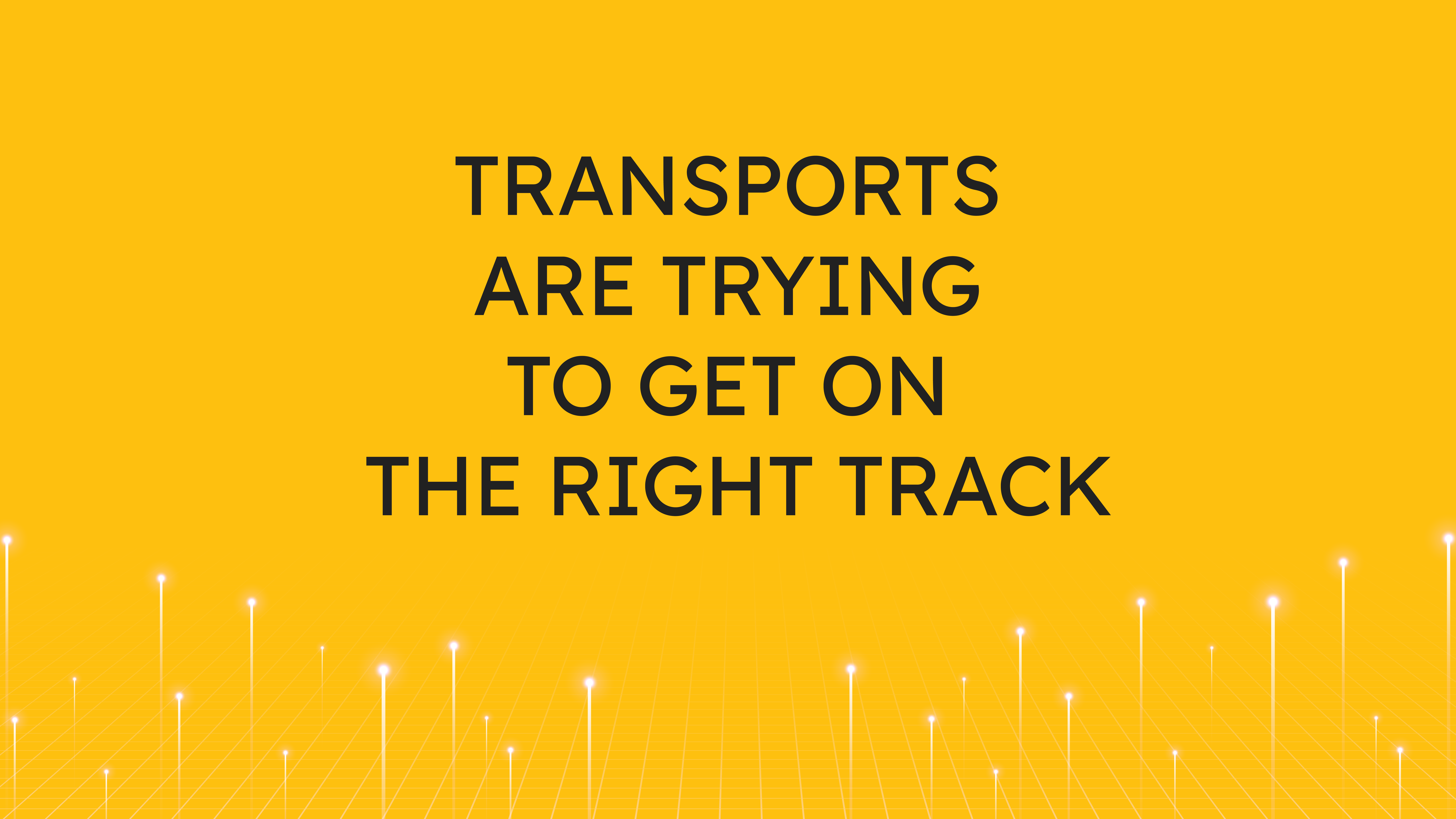 I am out all next week on a much-needed vacation. My colleague Manish Khatta will take over the reigns and provide market updates, if necessary. Right now, given the market “yawn-fest” it may be quiet on the commentary front.

A big part of the bear case for equities over the past few months has been the fact that Transports were not confirming the highs that were being reached by the S&P 500 and the Dow Jones Industrial Average. While that lack of confirmation remains in place, there are early signs that the Transports are turning the corner, with the S&P 500 Road & Rail Index leading the charge. This index has retaken the 50-day moving average and has now surpassed the interim high from early July. At the same time, the Dow Jones Transportation Average is in the process of moving above its own 50-day moving average. 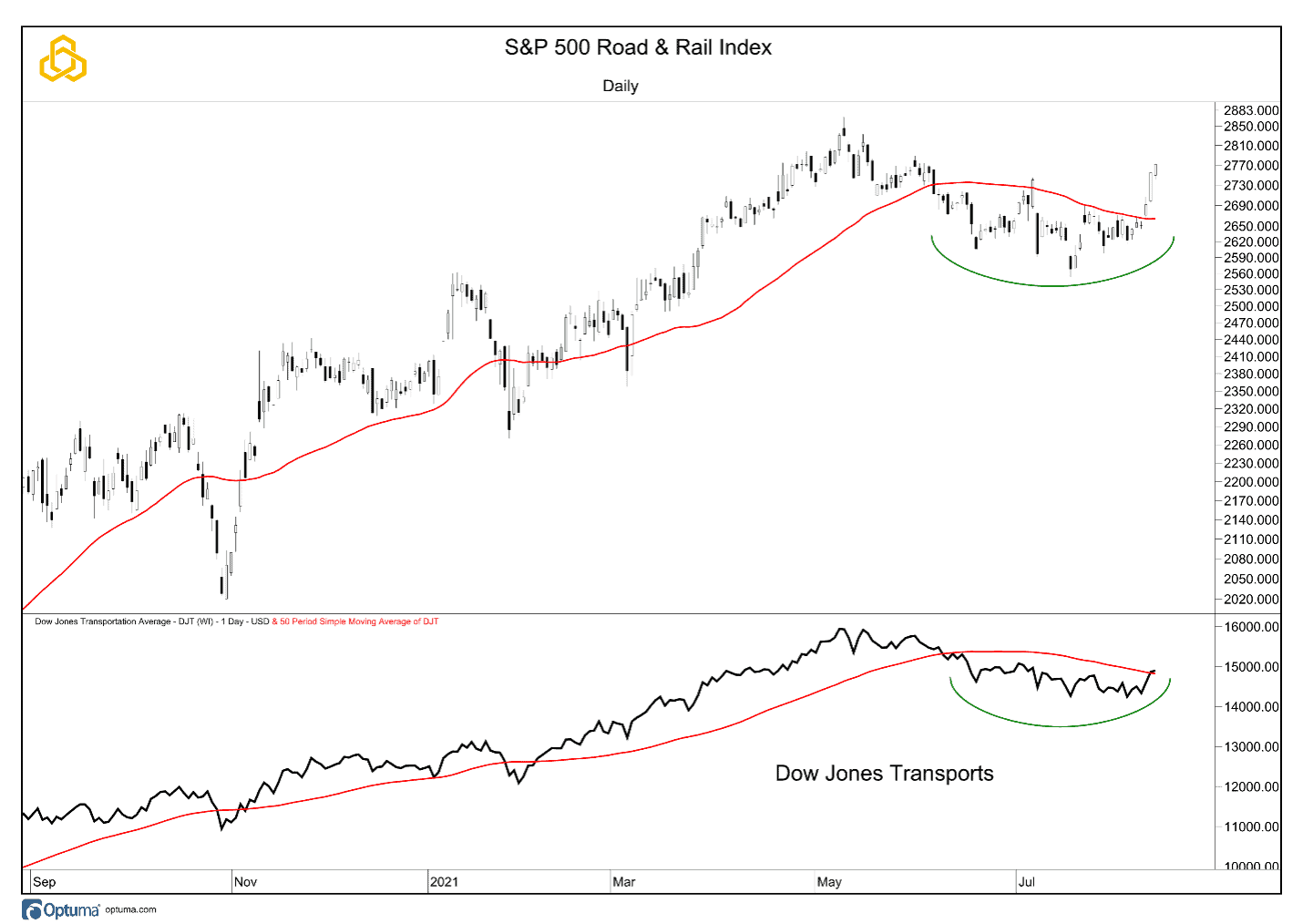 The following relationships can help give us a sense of the level of risk appetite on the part of investors.

The ratio of the S&P 500 High Beta Index relative to the S&P 500 Low Volatility Index continues to be stuck between the declining 50-day moving average and the rising 200-day moving average. As these two measures of trend converge, we would expect to see a resolution soon. For now, there are no clues from the 14-day RSI, which is stuck in the middle of the range as well. 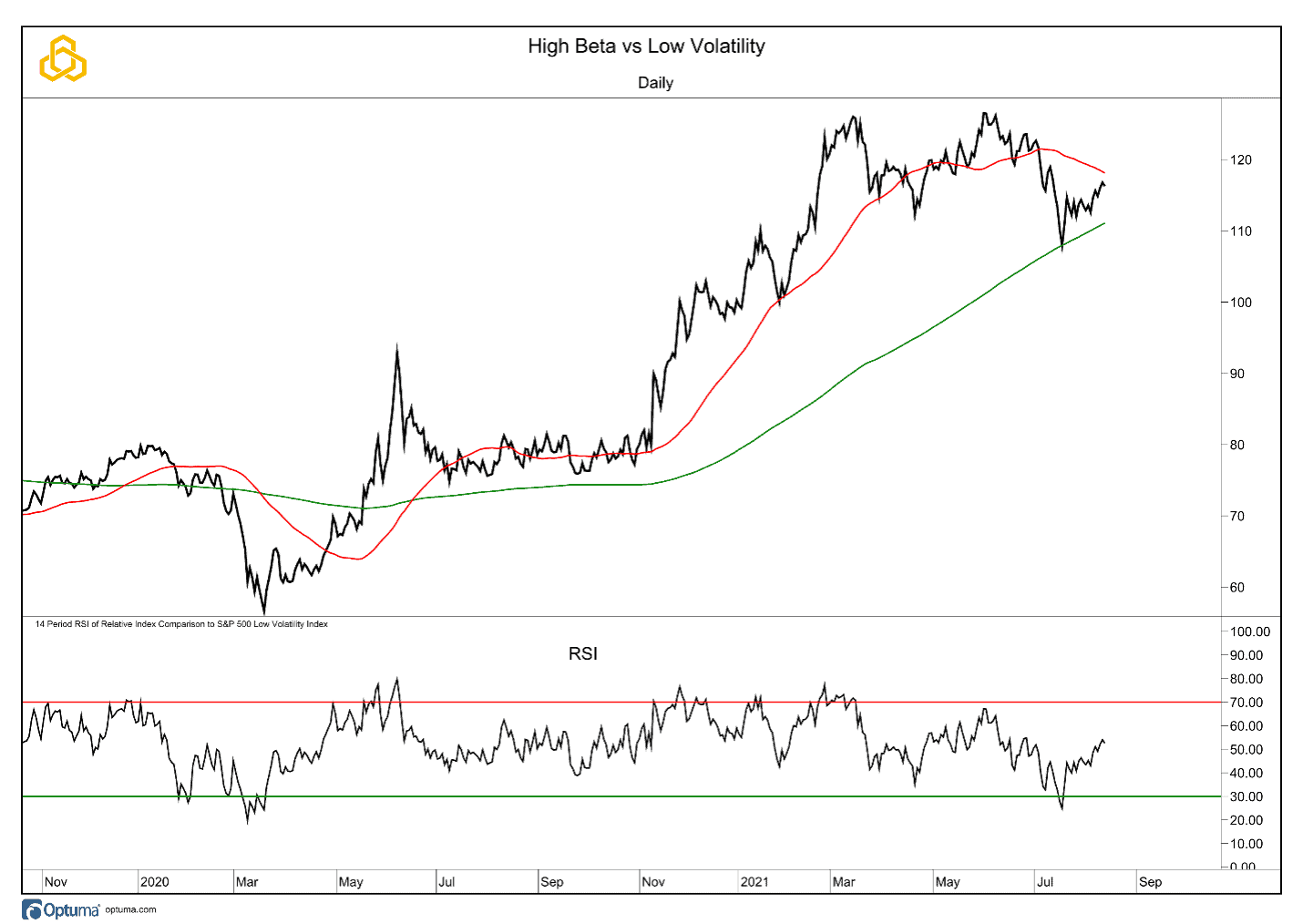 The ratio of Consumer Discretionary stocks relative to Consumer Staples stocks is holding the break to new highs that we highlighted last week, indicating a leaning toward risk on the part of investors. The ratio is above the rising 50 and 200-day moving averages, the latter is in line with the 2018 highs. Ideally, we want to see the 14-day RSI break the series of lower higher to confirm the strength in the price trend. 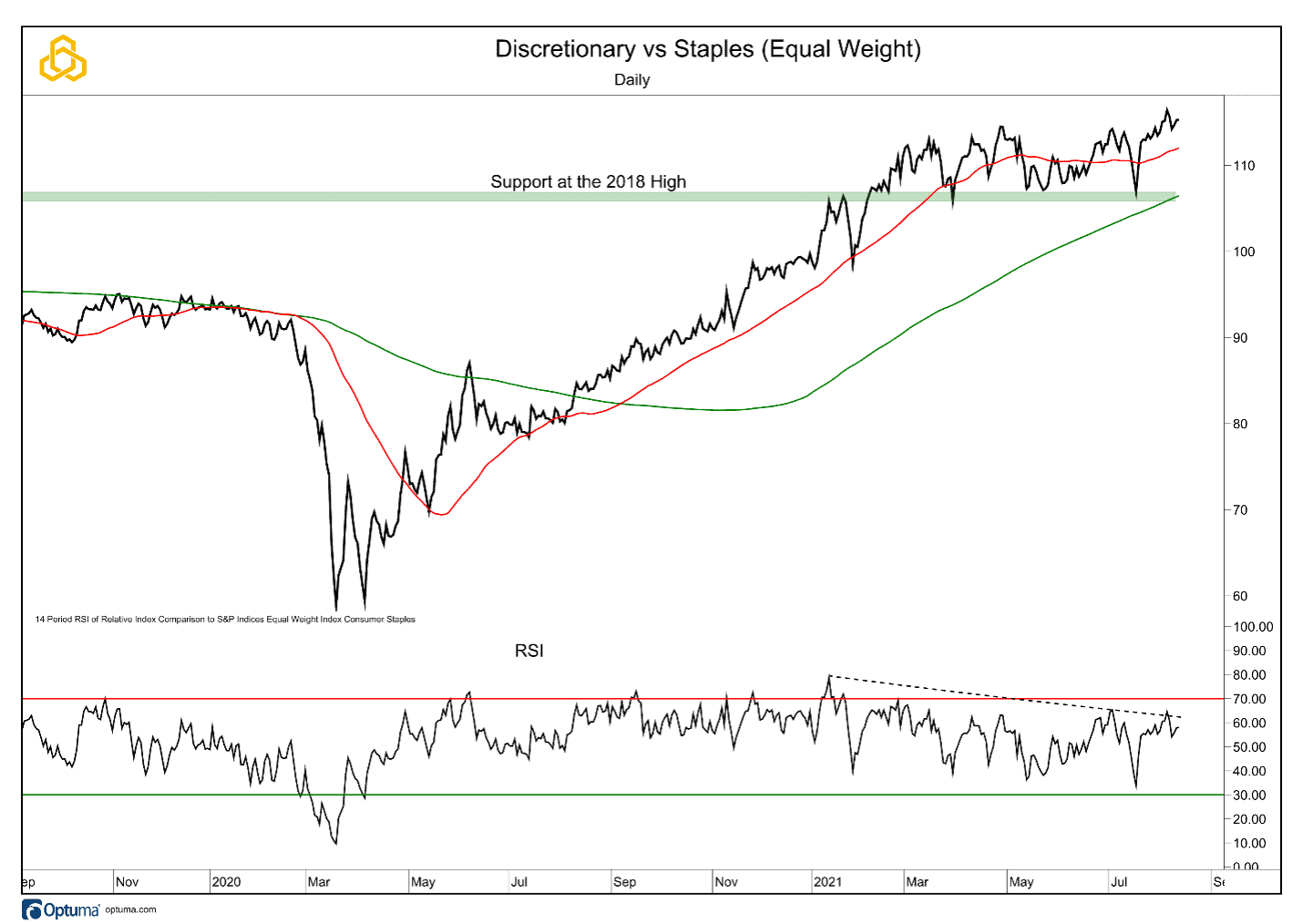 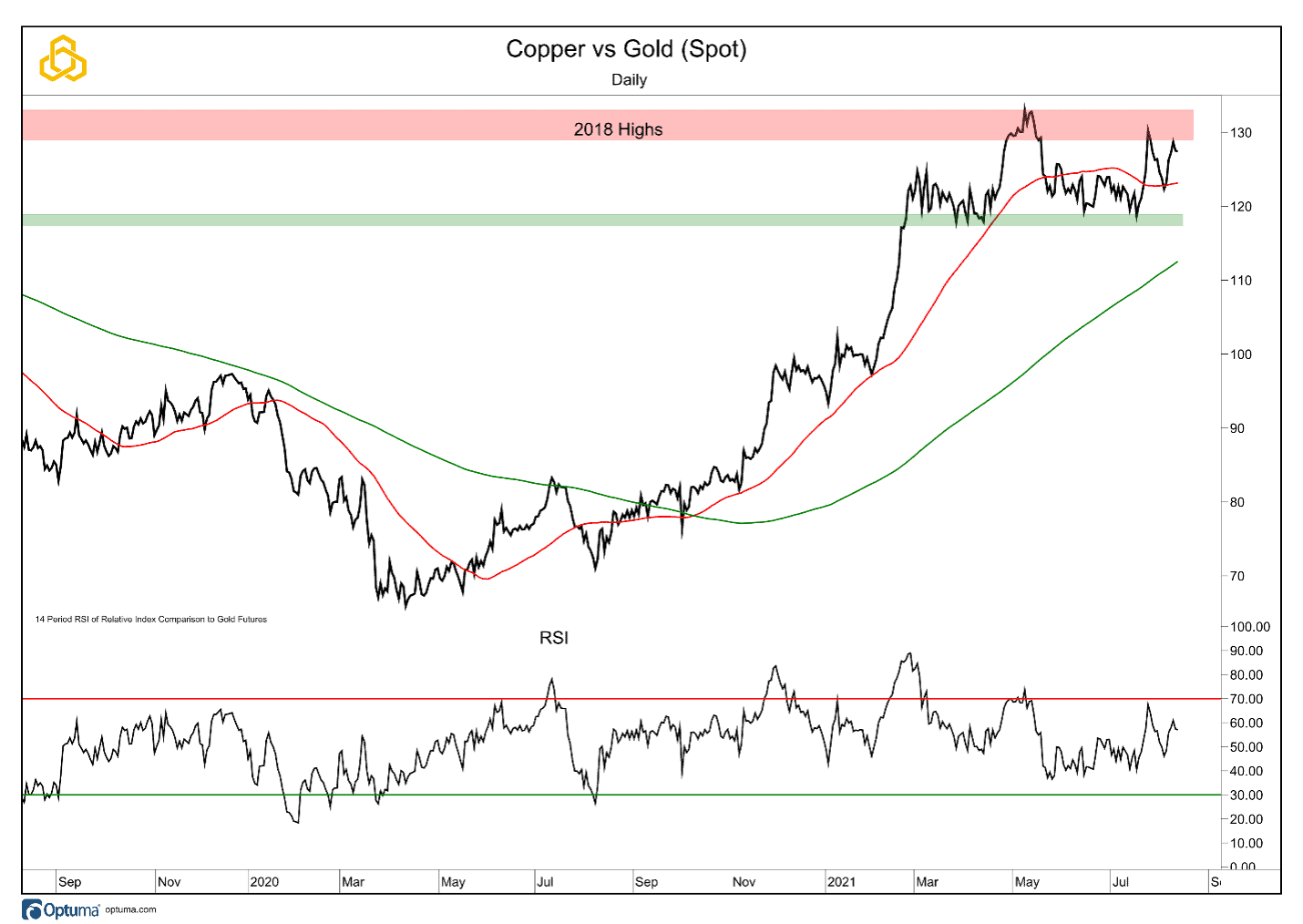 The Lumber/Gold ratio continues to test support below the 50 and 200-day moving averages. The 14-day RSI is making a higher low on this support test, indicating that the ratio may have found a bottom. A rally back to the 50-day moving average can’t be ruled out here, while a break of support would negate this view. 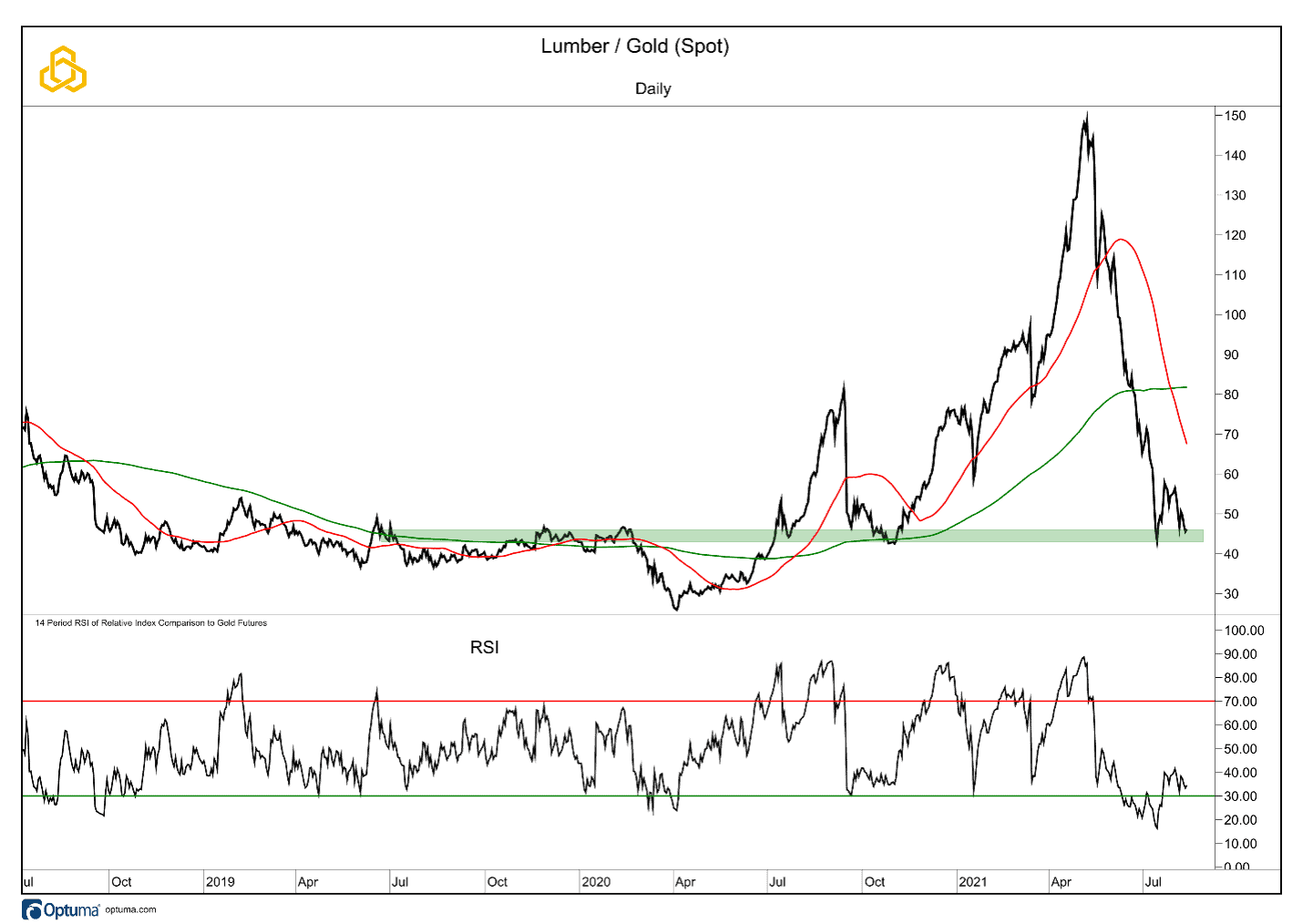 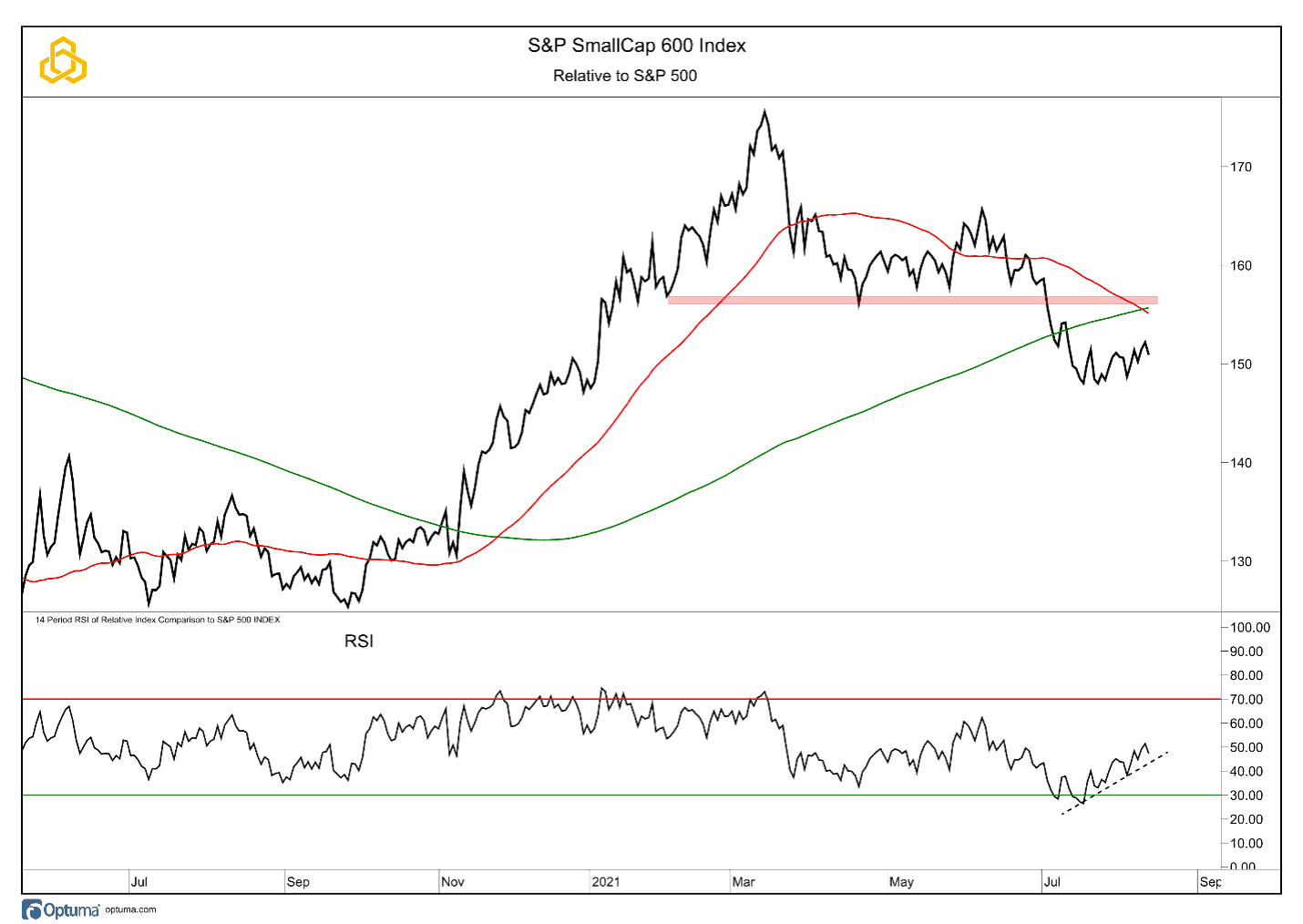 The Growth/Value ratio for the S&P 500 is fading from resistance at the early 2021 highs. The ratio remains above the 50 and 200-day moving averages, which are likely to provide a zone of support on the downside. The 14-day RSI remains in bullish ranges. 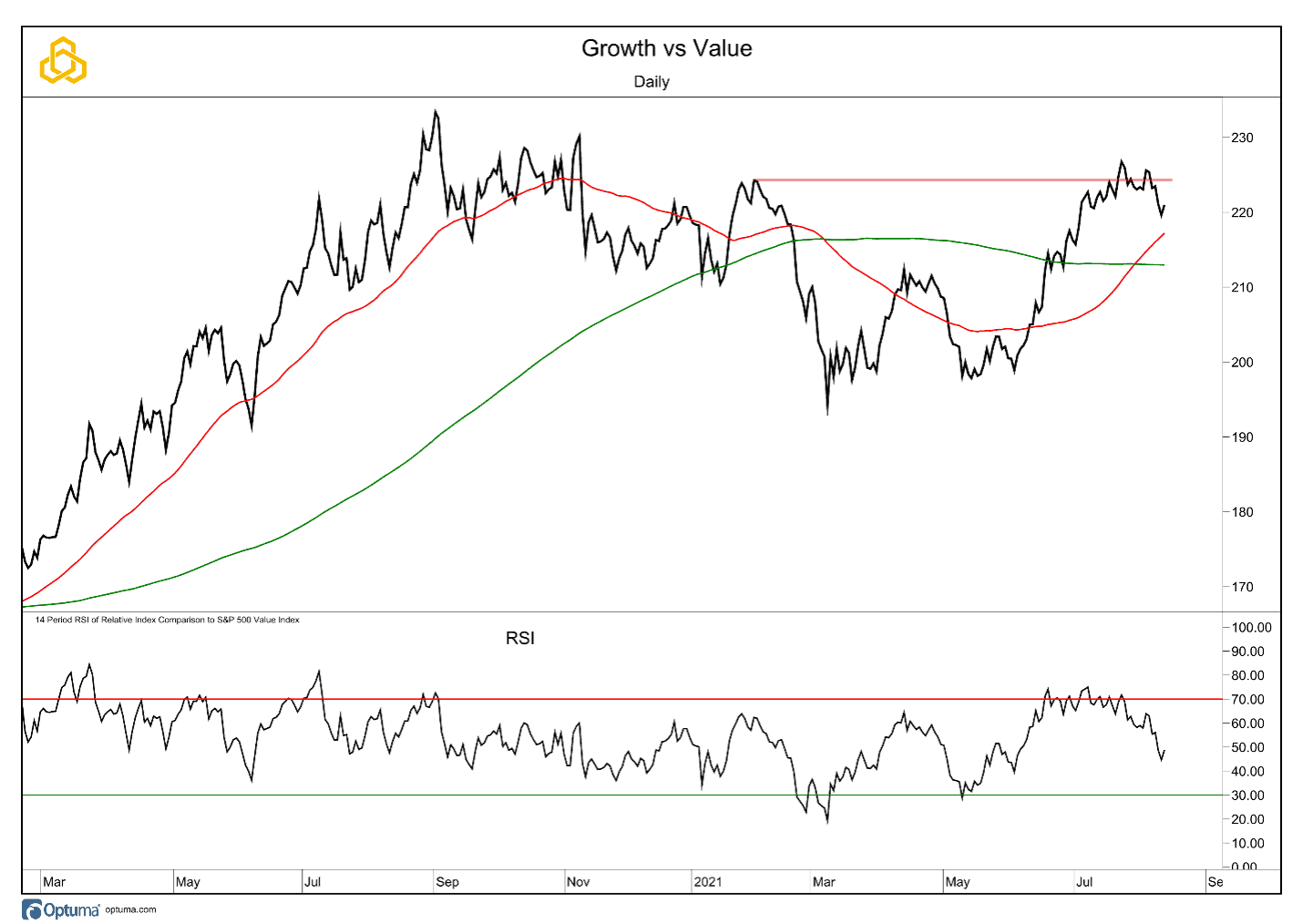 Not a lot has changed over the course of the past week. There are some indications that the short-term rally in Growth over Value may be waning. This is interesting as the Lumber/Gold Ratio tests support with a bullish momentum divergence. The remainder of the themes in today’s note reflects the continued choppiness under the surface of the equity market that we have been highlighting.