Pros and Cons of
Index Funds 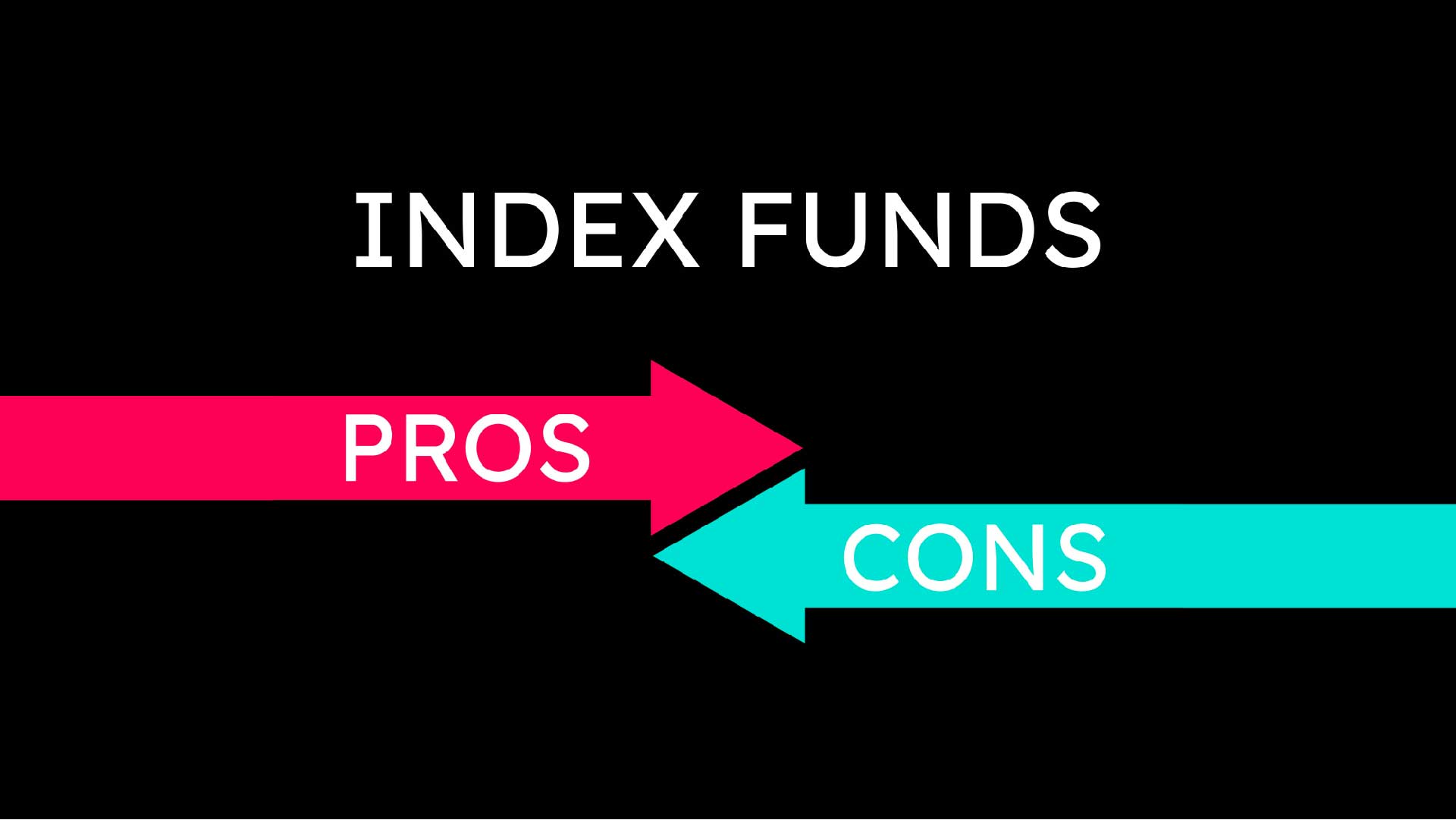 If you’ve been around the financial markets for any length of time, I’m sure you’ve heard the term “index fund.”

Index funds are everywhere in modern portfolios, and while many investors have been told they should invest in them, not many understand why they may or may not be a good fit for their personal situation.

Index funds saw a boost in visibility after the death of Jack Bogle, the founder and chief executive officer of the Vanguard Group, in 2019.

Bogle was known throughout financial services as the founder of the index fund, and he was one of the most influential men the investing world has ever seen.

Let’s examine Bogle’s creation so you can better understand the place of an index fund in a portfolio and how to determine whether they may or may not support your financial goals.

What are Index Funds?

Let’s start off by making sure we all have the same understanding of what an index mutual fund is and what it is expected to do for a portfolio.

While the words “index fund” might conjure some mystical ideas about funds that are supposedly always going to help a portfolio because they are widely invested in so many assets, they really aren’t that mysterious.

Here’s a definition: An index fund is simply a mutual fund that, instead of having a portfolio manager making individual stock selections, outsources the capital allocation job to the individual or committee determining the index it will mimic and the methodology it will use.

Most often, an index fund is designed to track along with the S&P 500 (which contains, you guessed it, 500 companies) or the Dow Jones Industrial Average, a list of 30 “blue chip” companies.

But while most index funds track along with the broad overall market, they can be set up to track almost any segment of the markets—by sector, investing goal (like the of-the-moment fascination with impact investing), and many other criteria.

The History of Index Funds

Now, before we get too far ahead, let’s go back to the beginning. It’s important to understand where these funds came from and how they got to be the popular investments they are today.

Jack Bogle introduced the world to index mutual funds with the Vanguard 500 fund, released in 1976, a year after he founded the Vanguard Group.

Bogle got his start in investments immediately after graduating from Princeton in 1951, and he eventually became chairman of the Wellington Fund in 1970.

Bogle believed that buy-and-hold investment strategies would best serve investors and that an individual shouldn’t necessarily try to outperform the market by picking individual stocks but instead track the performance of the markets overall.

As a result, he created the Vanguard 500.

And if you look at the history of the fund, it didn’t do well initially. In fact, it was routinely dismissed by almost everyone. As performance lagged in the late 70’s, critics referred to index funds as “Bogles Folly.”

In fact, no one else tried to create another index mutual fund until 1984, when Wells Fargo introduced its own fund.

Even though the initial reception wasn’t all positive, Bogle kept at it. It’s the story of every successful person in history, right?

Over time, those first index funds began to attract more investments. Since that inauspicious start, they’ve grown into the largest investing category around today.

That launch started taking off in the 1990s when the first index fund craze took hold of investors. From 1995 to 2000, assets in index funds increased tenfold—from less than $50 billion to almost $500 billion.

That’s quite a run.

And it brings us to where we are today.

At the end of 2021, passive funds accounted for 16% of U.S. market capitalization, surpassing the 14% owned by active funds, according to the Financial Times.

Over the past year, investor preferences for passively managed equity funds have boomed, with passive inflows clocking in at over $345 billion vs. net outflows of over $202 billion for active strategies.

Finally, based on data from Statista, net assets in index funds in the United States were over $5 trillion in 2021, including hybrid and bond index funds.

So, the obvious question is—if so, much of investors’ money goes to index funds, does that mean that they’re right for everyone?

Let’s look at the pros and cons of index funds so you can get a better idea of what role they might play in an investor’s portfolio.

We’ll start with the positives.

Index funds offer investors three primary benefits. Those benefits are convenience, cost, and simplicity. I’ll break each down in more detail below.

Index funds offer convenience for DIY investors. You can pick one investment, as opposed to many individual stocks, as you create a portfolio, but you get the benefit of investing across multiple companies because an index fund owns shares across the market.

The most often cited pro of index funds is the one you’ll see marketed by nearly every provider. Index funds can offer lower fees and expense ratios than other types of funds.

If you want cheap equity exposure, there is nothing better than an index fund. 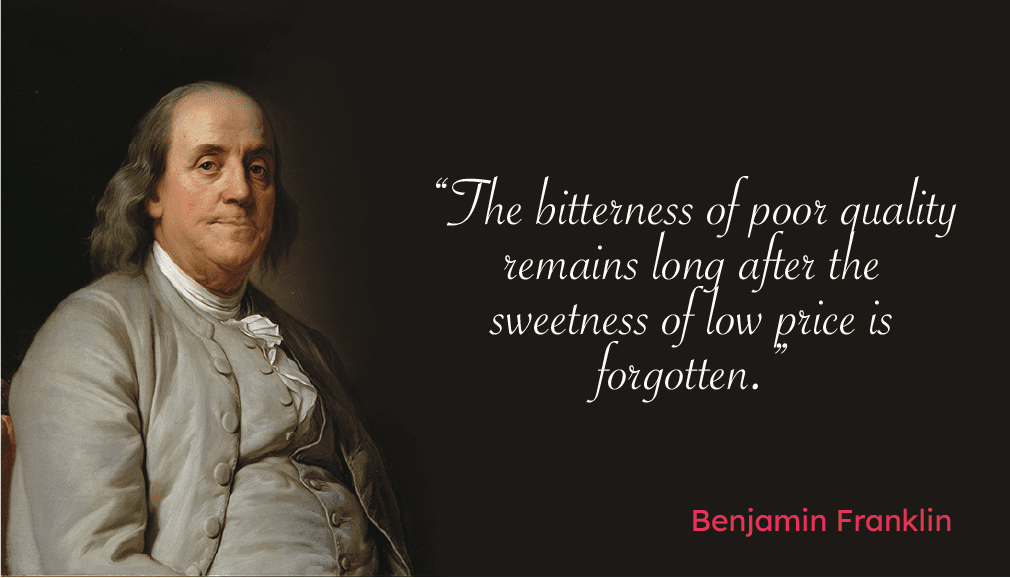 For the average DIY investor, index funds help to create a diverse portfolio without doing much work. Rather than balancing your asset allocations across the individual stocks you picked out, you can grab an index fund instead and own everything.

Just like index funds offer some benefits, they can also include several drawbacks.

These are the most important cons to understand about investing only in index funds.

One of the most important elements of managing a successful portfolio is understanding your level of risk and how much risk you must endure achieving the gains necessary to meet your financial goals.

An index fund, by its very nature, tracks with the market. As such, it’s not possible to fully align your true personal risk tolerance with the risk an index fund introduces.

Remember that when a bear market comes around, an index fund guarantees you’ll suffer 100% of that market decline—it is tracking what the market’s doing, after all.

These bear market declines from major indices can be unnerving for even the most aggressive investors. Major market indices have all, at one point in time, declined in excess of -50%.

Part of the reason why index funds don’t offer good risk management is that they tend to gravitate toward a narrow set of high-performing, in-the-moment stocks.

As more money flows to all the same stocks, their prices go even higher, and they become more and more overvalued. In the case of the S&P 500, it’s a capitalization-weighted index, which means that money invested in a given index fund does not get evenly distributed across all 500 stocks. As of July 21st, the top five stocks in the S&P 500 command a roughly 20.25%¹ weighting in the index. 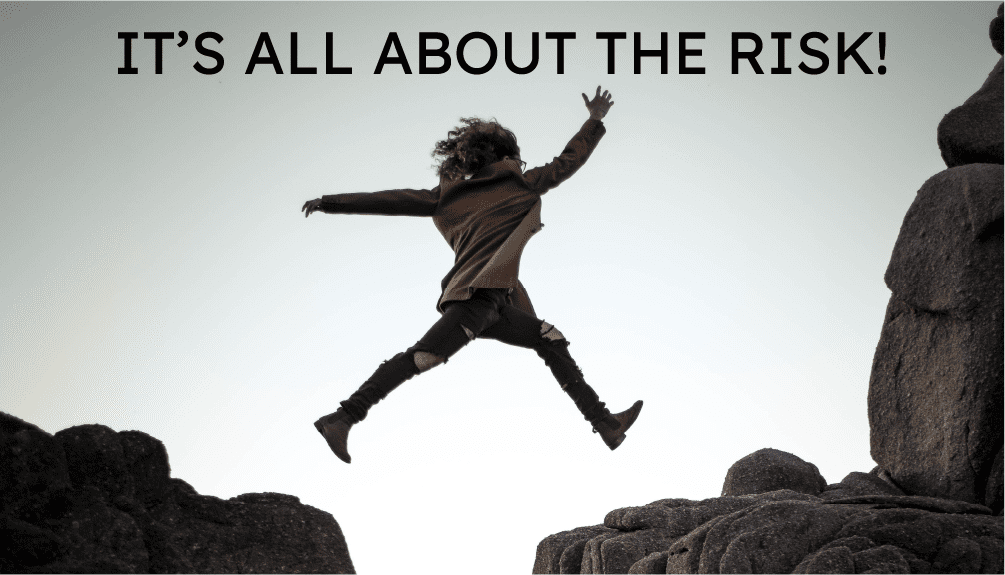 The risk management most investors may think they’re achieving by investing in an index fund is not spread as evenly as many assume.

How much is risk management in place by owning many times more shares of Microsoft, Apple and Amazon than more defensive companies in the index?

Index Funds Can’t Always Give You Access to New Niches

Indexing, by its focus on broader market performance, doesn’t always offer access to niches that could offer better chances to align performance and risk with a portfolio’s needs.

The places where active management has the best chance of delivering superior performance are the niches where indexing is less established or more difficult to establish a solid foothold.

If one of the core benefits of index funds is that they offer lower costs, then you’d think that they also should always save an investor money in other ways too. But that’s not necessarily true.

Too often, index funds violate the first rule of good investment behavior by buying stocks when their price is high and selling them off when they’re low.

Typically, companies will only be removed from an index when they’re at their lowest point. The company that replaces them isn’t going to be some also-ran who can’t create profits for their shareholders. It’s going to be a higher-valued entrant than the company that just exited.

As a result, index fund investors often are not getting the best prices on the stocks owned within an index fund.

Should You Invest in Index Funds?

At Potomac, we believe there’s a time and a place for everything in investing. We are not dogmatic believers that passive strategies always win, nor are we always going to advocate for more active strategies when another may result in better results.

We believe in the flexibility of tactical management. Sometimes, the best decision is to hold a passive fund. Other times, the expertise of a seasoned stock picker will add more value.

Blindly following the passive movement that has dominated the airwaves and led to the incredible increase in index fund investing can be problematic for investors approaching retirement, especially as very different market cycles take hold.

When we work with our clients, we focus on creating risk-managed, personal portfolios that are built to an individual’s or a family’s goals and needs.

You may not need to outperform the market, and you may not care to track with the market either if that’s not what your financial goals call for.

Putting a focus on real-life situations and not performance return numbers can create a positive perspective shift when you’re evaluating life after retirement and decreases the financial stress that can come with risky investments that don’t match your personal situation.

We also take a rules-based approach to invest. By operating through a set standard, we attempt to alleviate those large bear market losses that passive investors simply must accept and wait to end.

Potomac Fund Management ("Company") is an SEC-registered investment adviser. This information is prepared for general information only and should not be considered as individual investment advice nor as a solicitation to buy or offer to sell any securities. This material does not constitute any representation as to the suitability or appropriateness of any investment advisory program or security. Please visit our FULL DISCLOSURE page. The company does not make any representations or warranties as to the accuracy, timeliness, suitability, completeness, or relevance of any information prepared by any unaffiliated third party, whether linked to the Company website or incorporated herein, and takes no responsibility for any of this information. The views of the Company are subject to change and the Company is under no obligation to notify you of any changes. Different types of investments involve varying degrees of risk, and there can be no assurance that the future performance of any specific investment or investment strategy will be profitable or equal to any historical performance level.