What is a
Bear Market?

Now that we are in a bear market it’s important to understand what exactly defines a bear market. Before we dive in, I think it needs to be made clear that the conversations around defining bear markets are mostly academic. Typically, institutional money managers don’t care about these definitions and stick to the overall trends.

One would think defining a bear market would be a simple exercise, but frankly – it’s a little more complicated. Investopedia defined a bear market as:

“A bear market is when a market experiences prolonged price declines. It typically describes a condition in which securities prices fall 20% or more from recent highs amid widespread pessimism and negative investor sentiment. Bear markets are often associated with declines in an overall market or index like the S&P 500, but individual securities or commodities can also be considered to be in a bear market if they experience a decline of 20% or more over a sustained period of time—typically two months or more. Bear markets also may accompany general economic downturns such as a recession.”

Easy enough right? There is a lot to unpack here from such a simple definition.

Let’s say the market declines 35%, rallies 25% and then declines another 25%. According to the traditional definition you just had two bear markets instead of one. In fact, if this definition is gospel then the bear market following the depression was four large bear markets intertwined with an enormous bear market.

“It typically describes a condition in which securities prices fall 20% or more from recent highs amid widespread pessimism and negative investor sentiment.” 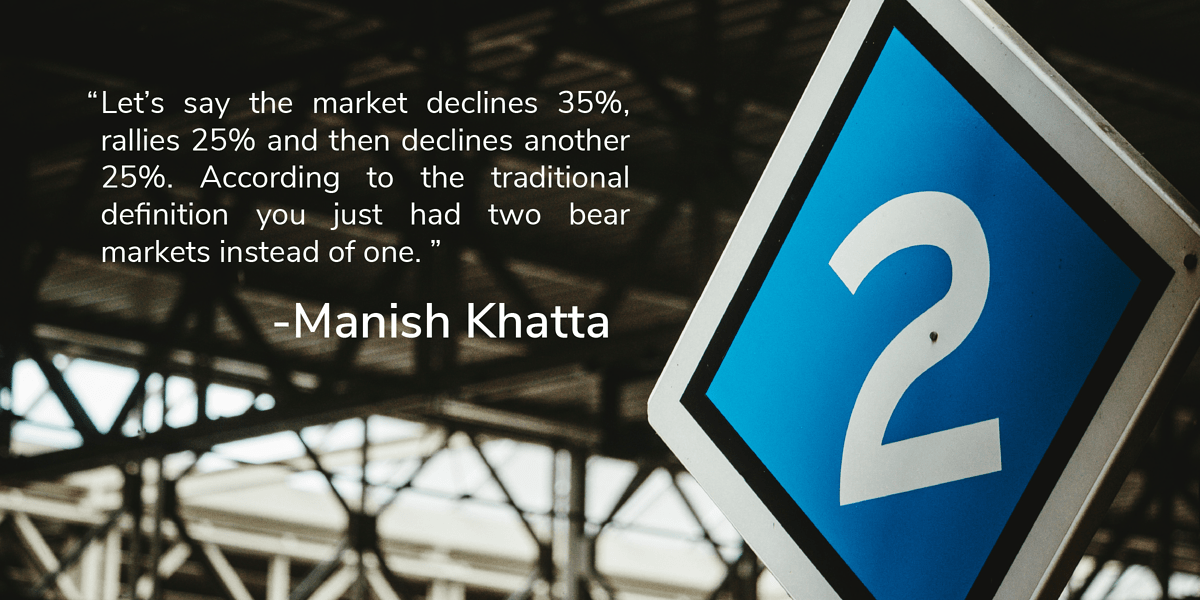 There have been numerous “corrections” that have been between –19% and -19.9%. Are we taking a hard stance on the number having to be below -20%?  How do you even define “widespread pessimism and negative investor sentiment”? Because if you ask some people, I know this could be every day of their lives!

“Bear markets are often associated with declines in an overall market or index like the S&P 500.”

The S&P 500 is more concentrated at the top today than at any point in history with two stocks making up 10% of the S&P 500 Index weighting and five stocks account for nearly 20%. I would argue that it’s entirely possible for the S&P 500 to experience a bear market while other major indices do not. Would this then be considered a bear market? Maybe we should consider other major indices or possibly a much broader index to capture more exposure. Food for thought.

How does Potomac define a Bear Market?

I am likely going to come across sounding like a parent who gives the “just because” answer here. Our take comes down to keeping with the history of data continuity.

First, we prefer to use the S&P 500 and the Dow Jones Industrial Average as our indices of choice for defining a bear market. Even though there are more broad based indices available, like the Russell 3000, these indices do not have the historical depth to carry this definition back to the early 1900’s.

So, in the example above “Let’s say the market declines 35%, rallies 25% and then declines another 25%” this would NOT be considered two separate bear markets because it never made a new yearly high. 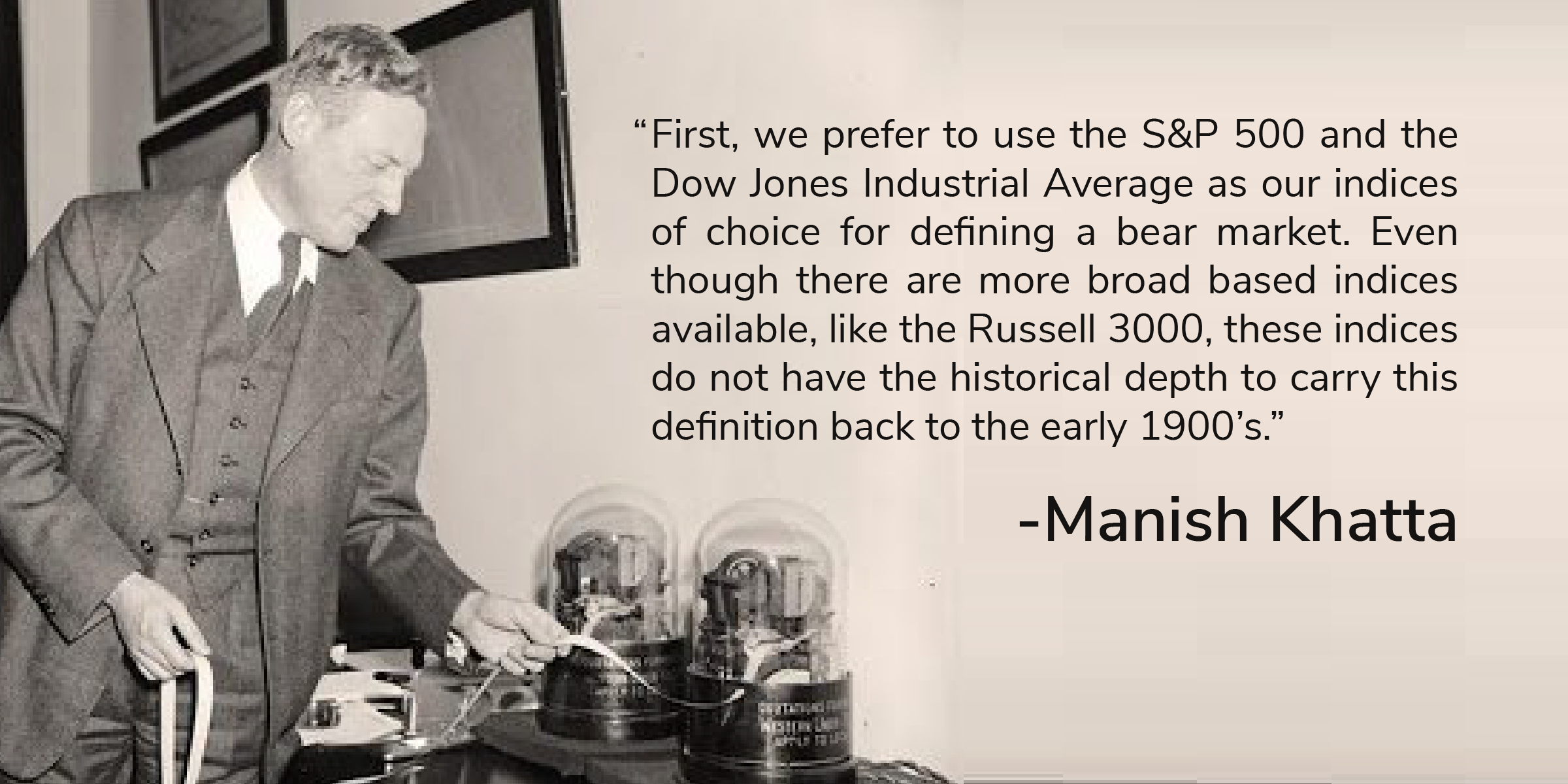 The History of Bear Markets

Before you can even dive into the history of bear markets you have to create a definition. There isn’t a right answer and it all comes down to your perspective but different definitions can provide vastly different results.

Based on how we define bear markets, the chart below highlights every bear market in the history of the S&P 500.

By our count there have been 16 completed bear markets in the S&P 500. The average decline has been -38.27% and they have, on average, lasted 17 months in total. I am excluding the current bear market from any of these calculations since, as of this writing, it’s not officially over.

The year 1990 was unique in the sense that we had a very quick decline that was accompanied by a recession. The combination of an almost -20% decline plus a recession makes this an official bear in our opinion. This is my story and I am sticking to it!

Does any of this really matter in the scheme of things? Yes and no.

Outside of that the definitions of market cycles are academic at best. A trend is a trend regardless of how someone defines it.